Child soldiers are both victims and victimizers. They fight in conflict zones around the world - and they never get a chance to have a normal childhood. Red Hand Day aims to shed light on their plight. 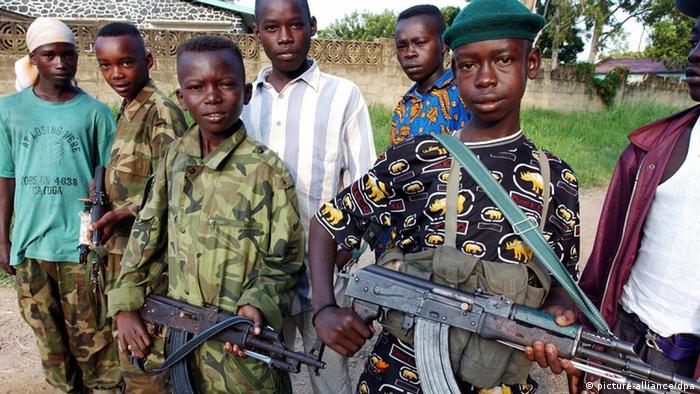 Bosco was six years old when he was handed a machete by Ugandan rebels led by Joseph Kony. They demanded he kill his little sister, says psychologist Elisabeth Kaiser. Kaiser and her relief organization, Vivo International, deal with traumatized former child soldiers - some of whom they have treated in Uganda.

Bosco has spoken to Kaiser extensively about the moment he killed his sister. "The commander pointed the barrel of his gun at me and said: 'Cut her and do it quickly!' I thought: 'Please let me die.' Then I heard the rapid fire right over my head. That's the moment when my heart sank and I knew I was going to do it. I raised my arm to haul out, and my sister started to cry. And I started to cry as well and said: 'Please forgive me, Juli. I have to do this.' The commander tapped my shoulder once more. And I raised my arm and I drove the machete through my sister's neck."

Juli was five. She had to die because she couldn't keep up with the rebels' pace as they moved to the next location.

The United Nations (UN) estimate some 250,000 children are deployed by armies or armed rebel groups in military conflicts - in almost all conflict areas worldwide. A recent UN report lists 52 war parties in 23 countries that use children as fighters, spies, messengers and to carry heavy loads, according to Ninja Charbonneau of the United Nations Children's Fund (UNICEF) said. Reports indicate that child soldiers are being used in Syria as well - fighting for both the government and opposition forces. 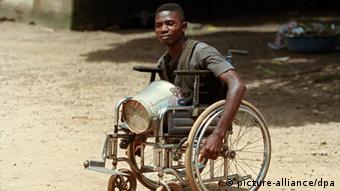 Many former child soldiers are injured or suffer from traumatic experiences

These children live in constant fear of being killed by the troops if they don't obey. Many of them are being tortured and raped. "Unfortunately there are 'advantages' to using children for armed groups: Children are cheap fighters and easy to manipulate. They are often drugged and indoctrinated with propaganda and movies before they are sent out to fulfill their missions," Charbonneau told DW.

Children suffering from poverty and orphans who have lost their parents in the conflict are especially at risk of being recruited, Charbonneau said. "Sometimes their only chance [of survival] is to join a strong group - and that may be an armed group as well." Other children are simply kidnapped and forced to kill. Bosco had to spend his entire childhood in the rebels' ranks.

Those children who make it through all of this tend to suffer from severe trauma. They get depressed, become addicts or develop psychosomatic illnesses, trauma therapist Kaiser says.

Many end up killing themselves because they are unable to deal with their feelings of grief, guilt and shame. Those who try to find their place in a civilian environment often have behavioral disorders - they are unable to have a normal family life or to participate in their communities. Sometimes they pass on the violence they have experienced - and their children suffer as well. 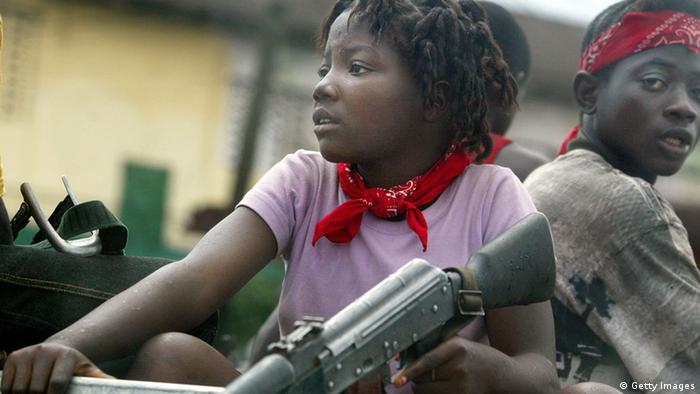 Female child soldiers who have been raped are excluded from society

"We have some communities in which more than half of the population is mentally ill. This is what destroys a community's structure," Kaiser says.

Many former child soldiers agree to being recruited again when they find they can't cope with civilian life. It's especially difficult for girls and women who have been soldiers. Those who become pregnant after being raped are unable to find a partner within their community. This means they are essentially doomed to live in poverty for the rest of their lives.

The international community has strongly condemned the use of child soldiers, and 150 countries have ratified the Optional Protocol to the Convention on the Rights of the Child on the Involvement of Children in Armed Conflict. The convention came into force on February 12, 2002 - annual Red Hand Day, which aims to raise public awareness of the many child soldiers who are still active in conflicts. The red hand print is a call to remember the plight of these children.

Germany, too, has ratified the protocol. But the German Alliance Child Soldiers, an alliance formed by 11 NGOs, as well as UNICEF, recently criticized the German government, saying it was not doing enough to counter the use of child soldiers. "We see a deficit in the treatment of former child soldiers who come to Germany as refugees. They don't get sufficient help and their fear of getting recruited once again is not accepted as a reason to grant asylum," UNICEF's Charbonneau said.

The report also criticizes the recruitment of 17-year-olds by Germany's military and a euphemistic advertisement by the Bundeswehr that is shown in schools. Furthermore the report states that it remains unclear whether small arms produced in Germany - one of the biggest global arms exporters - could end up in child soldiers' hands worldwide.

Red Hand Day recalls the trauma of child soldiers and the help they need readjusting to civilian life. A recent ICC ruling granted compensation for war crimes victims, from which ex-child soldiers can benefit. (12.02.2013)

The United Nations Children’s Fund (UNICEF) has called on the Central African Republic to stop child recruitment by rebel groups and pro-government militias. The UN agency says the recent conflict is to blame. (09.01.2013)