The latest diplomatic row between France and German has nothing to do with the euro crisis, bank stress tests or bailouts for Greece. This time, it's really serious: it's about geese. 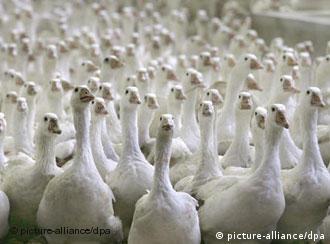 Paris and Berlin are locked in a food fight over geese

The trouble began when Germany's Anuga Food Trade Fair said that French foie gras would not be welcome this year. France did not take the news lightly.

"It's as if we in France were to prohibit the German Wienerwurst," said the socialist senator Alain Fauconnier. 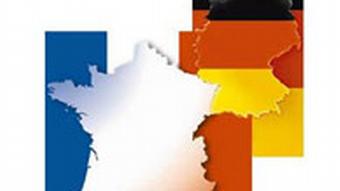 France has warned there could be 'repercussions' for the ban

In Germany, animal rights activists have campaigned long and hard for foie gras to be removed from the trade fair offerings.

At the heart of the controversy is the way the product is made. In order to achieve the creamy consistency foie gras is noted for, the birds - usually ducks or geese - have to be force fed.

"They're usually held in small cages in the dark, with no room to move," said Esther Müller of the German Animal Welfare Federation, adding that as a result of the handling, the animals often suffer health problems.

The production of foie gras is prohibited in Germany, as well as in 12 other European countries. But in France, it enjoys a special protection afforded to products deemed important to culinary heritage. The fattening technique - known as gavage – dates back to the ancient Egyptians. 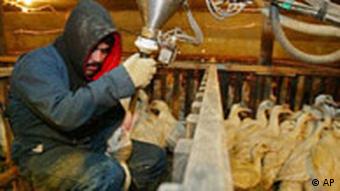 Animal rights activists claim France's emphasis on the food's cultural heritage misses the point. Edmund Haferbeck, a spokesman for the German branch of People for the Ethical Treatment of Animals (PETA), said the French reaction to the ban calls the nation's culinary judgment into question.

"You have to ask yourself if France is really a civilized European country when they react this way to such an important decision," he said. "France has such great culinary products - they don't need this sort of animal torture product as a national symbol."

But even if foie gras is banned at the fair, it will still have a loyal following at home. France only exports about five percent of the foie gras it produces.

In the Italian village of Ro Ferrarese, locally grown organic wheat and a traditional floating mill are coming together to make what some call the 'world's best bread.' Everyone in the village has a role to play. (25.07.2011)

Protesters in Berlin call for an end to factory farming

Demonstrators gathered in Berlin Saturday to protest against genectic engineering, factory farming and export dumping. They called on the German agriculture industry to embrace a more sustainable type of farming. (22.01.2011)

Fishermen and environmentalists have been sparring at a Paris conference over the future of the bluefin tuna. The highly prized fish, which is served in sushi, can fetch up to 70,000 euros a piece at wholesale markets. (26.11.2010)