According to a magazine, about 15 Germans are fighting for the Somali terror militia al-Shabab. Focus reported the number after six residents of the western city of Bonn were indicted upon their return from Somalia. 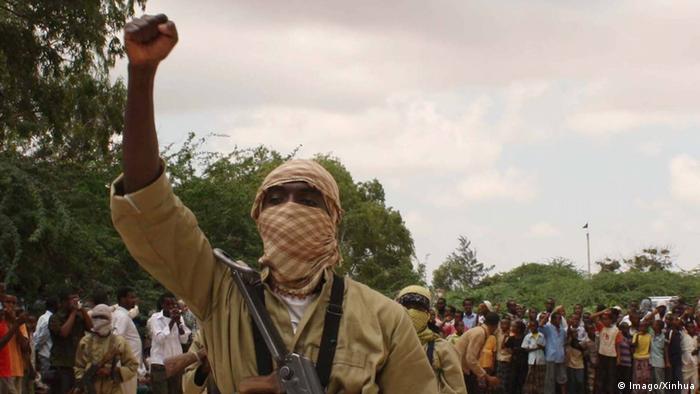 Munich-based magazine "Focus" reported on Saturday that about 15 Germans are currently fighting in Somalia alongside the Shabab terror militia. The magazine reported the number after federal prosecutors indicted six residents of the western German city of Bonn, following their return from Somalia.

According to an investigation, between 2008 and 2014 about 30 Germans traveled to the Horn of Africa to join al-Shabab, which has been accused of numerous deadly attacks in Somalia and neighboring countries such as Kenya. In April, al-Shabab managed successful high-profile attacks on a UN vehicle and Somalia's Education Ministry. The United States has classified al-Shabab as a terror organization since 2008.

"Focus" reported that five of the accused in Bonn attended a month-long al-Shabab training camp in which they learned how to use heavy firearms and hand grenades. Then, according to the magazine, they were sent to the front to fight against troops from Somalia's army. Some of them apparently planned to die in suicide bombings and had recorded farewell videos.

After a year, "Focus" reported, with al-Shabab threatened by US drone attacks - including one late last summer that killed the militia's leader - the defendants fled the group and the fighting, but were captured in Nairobi, Kenya, in August 2014 and sent back to Germany, which has also tried alleged returned fighters for the "Islamic State".