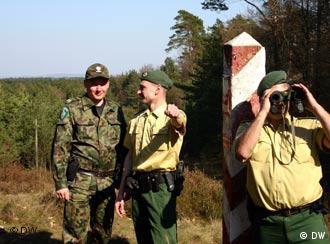 Since 1995, Europe has been going through a piecemeal process of becoming a continent without internal borders. On March 26 of that year the Schengen Agreement took effect, implementing a visa-free area between the five original signatory states: Belgium, France, Luxembourg, Germany and the Netherlands.

Since then, the Schengen Area has grown to include all other members of the European Union with the exception of Britain and Ireland - which chose not to join. Iceland, Norway and Switzerland are also part of the zone.

With the exception of random police checks at airports, train stations and on highways, border controls between Schengen states no longer exist. People and goods can freely cross the countries' borders, eliminating hassles both for travelers and for businesses.

Check out the articles below for a closer look at how Schengen has changed Europe.

Skeptics in Germany initially thought the treaty on the abolition of border checks in Europe would be a major security disaster. With 15 years of experience, there are fewer pessimists around now. (26.03.2010)

The spat between Switzerland and Libya over tit-for-tat visa bans has now spread across Europe. The EU has joined the row on the Swiss side but some countries may jump ship if trade ties with Tripoli are threatened. (16.02.2010)

Turkey says it wants the European Union to drop visa restrictions on its citizens seeking to travel to the bloc after restrictions for three other non-EU countries were lifted Saturday. (20.12.2009)

Switzerland is looking a little less like a mountain fortress in the middle of Europe. The country officially joined the Schengen agreement on Friday, Dec. 12, opening its borders to much of Europe. (12.12.2008)

How Europe's borders were opened

Passport, border and customs checks are foreign concepts for most young people in western Europe. For a decade now, borderless travel through 12 EU states has been a reality, thanks to the Schengen Agreement. (26.03.2005)

Listen to a report on how Schengen has affected human-trafficking (26.03.2010)