Air traffic came to a halt at Frankfurt Airport after a drone was spotted in the area. Police responded, and the airport was reopened to flights two hours later. 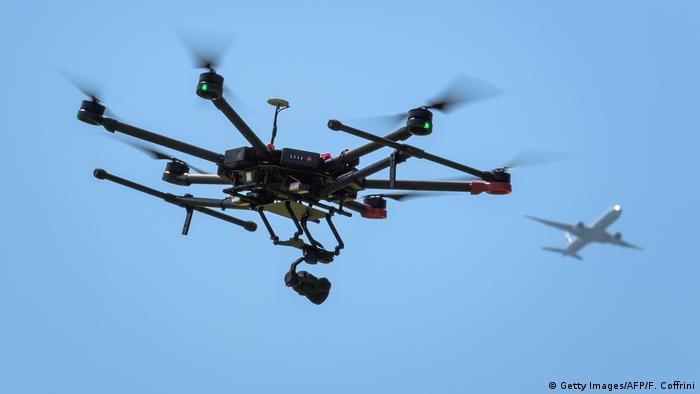 German air traffic control briefly grounded flights at Frankfurt Airport on Monday after a drone was spotted in the area.

Several flights were canceled or rerouted, including a plane carrying state premier of North Rhine-Westphalia, Armin Laschet, who was returning from a visit in Israel.

About two hours later the airport was reopened to flights.

A pilot reported seeing a drone over the southern part of the airport at about 11:15 a.m. Police searched the area with the support of a helicopter.

In December 2018, Britain's Gatwick airport was shut down for several days and hundreds of flights were cancelled due to repeated drone sightings.

As drones become smarter, they could be harnessed by terrorists to carry out deadly attacks, the EU commissioner has warned. One scenario involves the aircraft spreading biological agents over a football stadium. (03.08.2019)