Flexible working: a blessing and a curse

Increasingly German companies introduce flexible working models. It makes it easier to combine work and private life. But such models have their price. 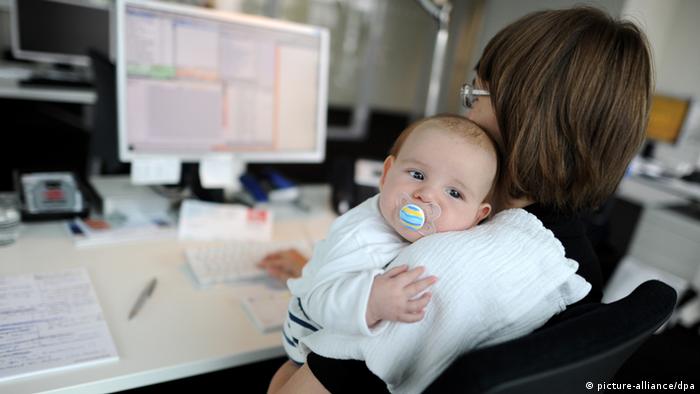 Ulrike Pferner leaves her office in Dingelstädt in the German state of Thuringia at 2 p.m. on Fridays because she got to take her 3-year-old son to a play group. Pferner's employer - the construction firm Krieger + Schramm - has no problem with her taking a half day off even though she is employed full time as an assistant.

In 2012, Germany's federal government named Krieger + Schramm the most family-friendly small company in the country in a category called "family-conscious work schedules." Children of staff receive places in a kindergarten, and children of school age can spend time in the company's own on-site "homework corners." Other extras for employees include free massages and back treatments.

A growing number of companies in Germany are adopting similar workplace models. The Federal Ministry of Economics and Technology estimates that four out of five German companies already offer flexible working schedules. 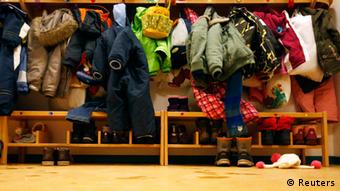 Some employers pay for kindergarten places for the children of staff

"In particular, they offer workers the possibility - depending on workplace demands and opportunities - to bring their family duties, personal interests and time at work into harmony," Wolf said.

Companies also enjoy a number of benefits by being generous. Satisfied workers are generally also more productive. There's also a sense in which flexible schedules correspond with the labor needs many companies have, says Manuela Maschke, an expert on labor contracts with the union-affiliated Hans Böckler Foundation.

"When there's a lot going on, you need people; when there's less activity, then you need fewer people. This way, you can vary things accordingly," Maschke explained.

Large companies like Bosch, BASF or Volkswagen have promoted their family-friendly working conditions for years in a bid to attract high-potential employees.

However, it's often easier for companies with large staffs and big budgets to make such offers in the first place. BDA expert Roland Wolf says the companies' size plays a central role in their ability to offer flexible work schemes.

However, Krieger + Schramm shows that a small company can also develop a functioning system with work time accounts and home working.

Ulrike Pferner has worked nearly seven years for the company, which made good on its flexibility when she learned she was pregnant. After her maternity leave, she initially returned on a part-time basis.

"At first I said I'd be here for 20 hours per week on four days. And I would work ten hours per week from home," Pferner explains. Gradually, she increased her hours to full time again. But when her child falls ill, she calls in to work to say that she will be working from home.

But the worker pays a price for flexible work schedules, says Maschke: "The key thing is a loss of boundaries - such that the boundaries between personal and professional time get more and more cloudy." 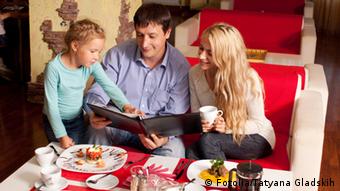 A recent survey by polling group Aris 505 revealed that one third of employees regularly work from home. The majority of respondents said that the arrangement allowed them to combine work and family life more easily. However, half of those polled said that telecommuting led them to mix private life with work too much.

Indeed, as Maschke points out, it's all too easy to push work into the weekend, so that one doesn't have any complete days off for recuperation.

Pferner is familiar first-hand with the problem of maintaining boundaries. Her advice includes not even turning on one's computer on the days one intends to have off: "You have to be strong-willed about it and say, 'OK, that's enough.'" But she wouldn't go back to normal working patterns: "With the child, I really enjoy all the advantages of flexible working."

Roland Wolf of the BDA is convinced that more and more German companies will try out flextime models. The Scandinavian countries are leading the world on this issue, but, he says, Germany is already coming up close behind.

They were the hope of a community: 22 young people from Poland were set to begin a training program to combat a lack of domestic trainees. Most quit or were asked to leave, and not just on account of language. (01.05.2012)

Germans less and less satisfied with their jobs

The German economy is booming. Nevertheless, the country's workers have never been more unsatisfied with their jobs. Researchers say stagnant incomes and declining job security are to blame. (02.08.2011)