Much of the fallout from Germany's early World Cup exit has centered around off-pitch woes. But their shambolic on-pitch displays are not forgotten. Here's where they must improve, starting on Thursday night. 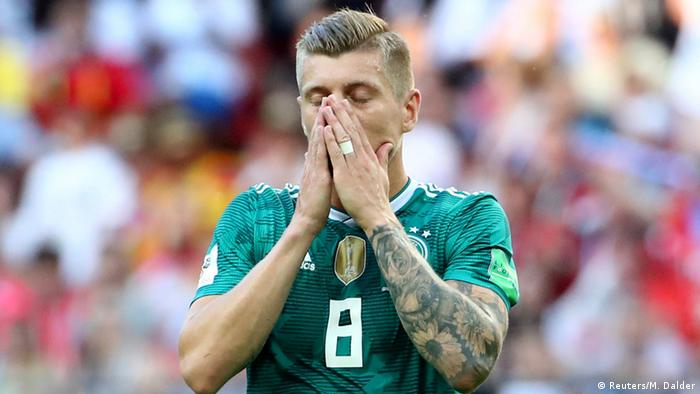 The time for talking is nearly over, something that's probably of great relief to Joachim Löw and his players. Germany start their post-World Cup rebuild with a UEFA Nations League opener against France, the team that replaced them as world champions, on Thursday. And there are some major issues to resolve.

Along with the stench of complacency, the relatively advanced age of many of Germany's key men was exposed in Russia, most notably by Mexico in their first match. The retirements of Mesut Özil and Mario Gomez and the omission of Sami Khedira from the latest squad has removed almost 250 caps-worth of experience from the national team set up and is likely to open up two places in the starting eleven.

Nevertheless, Löw's squad for the UEFA Nations League opener was relatively conservative, with Khedira the only big name dropped. Özil's exit may mean a more central role for Marco Reus or Julian Draxler while Julian Brandt and Leroy Sane (both 22) may also benefit.

But Khedira's replacement, both in the short and the long-term, is less clear. His central partnership with Toni Kroos (top) was critical to Germany's style for so long, but the pair - particularly Khedira - couldn't cope during the World Cup. New Bayern Munich man Leon Goretzka looks the closest to a natural replacement available, while the selection of Bayer Leverkusen's 19-year-old prodigy Kai Havertz, as a replacement for either Khedira or Özil, would represent an overdue investment in the future. 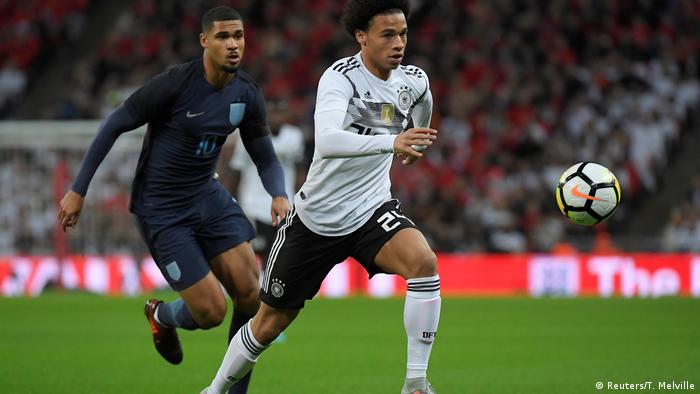 Leroy Sane is back in the Germany squad

It feels like a lifetime ago now, but Löw's decision to leave Leroy Sane at home was regarded as both a shock and a demonstration of Germany's strength in depth. The man picked over him, Julian Brandt, impressed in his World Cup cameos and was one of few Germans to emerge from Russia in credit.

But both players have started the new campagn poorly. Brandt has been peripheral as Bayern Leverkusen have fallen to successive defeats while Sane was dropped from Manchester City's squad for their last match after some shoddy displays and a reported lack of professionalism in training - an issue also thought to be at play in Löw's decision. But the wide men both have a quality becoming ever more critical in the modern game; pace. Speed on the wings would add another dimension to the 2014 World Cup winners. But is Löw prepared to sacrifice consistency for a little more speed? 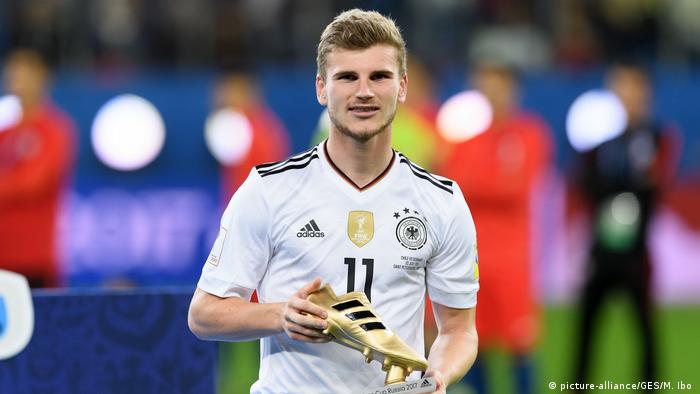 Timo Werner won the golden boot at the Confederations Cup, but his form is poor

One area of the pitch where Die Mannschaft have a regular flyer is up front. RB Leipzig spearhead Timo Werner looked, for a long time, like the answer to Germany's search for a prolific natural front man - one that's gone on since the retirement of Miroslav Klose in 2014.

After opening his account in the Confederations Cup, Werner bagged eight in his next twelve Germany games. But his touch in front of goal deserted him in Russia and he's failed to score in any of his four club appearances since. While he hasn't missed a glut of chances, Werner looks low on confidence and appears much more suited to a counter-attacking style than the possession game Löw has long favored. The Germany coach has said that relying on that style was one of his biggest errors and a change of tactics, as well as a shot of confidence, may be required to get the most out of a player who still looks like Germany's only genuine long-term option up top.

Finding an alternative at left back 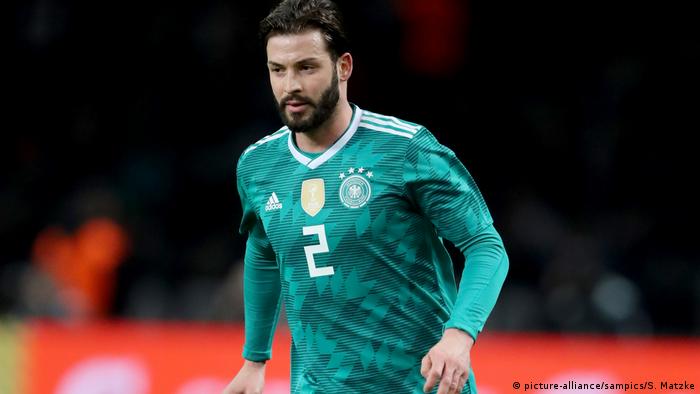 While there's no suggestion he's out of Löw's plans, Jonas Hector will play no part in the France match or the friendly against Peru on Sunday, with the left back needing a break after starting the 2. Bundesliga season early with Cologne. Despite being the back up at the World Cup, there's no sign of Marvin Plattenhardt in the latest squad, with Nico Schulz the only left back in the squad.

The Hoffenheim man has been a fine Bundesliga player for some time but the fact that he and Plattenhardt both reached 25 before winning a cap tells its own story. With Hector spending at least this season playing at the lower level, Löw needs to sort out the issue at left back.

Working out what to do with Müller

Thomas Müller is back!

He's played 94 times for Germany, racked up nearly 300 league games for Bayern Munich and won a World Cup golden boot, but still it's difficult to say exactly where Thomas Müller fits for this iteration of the German team. He was ineffectual on the right wing in the World Cup and has also played upfront and just behind the striker in recent times.

While he's impressed in the latter role for Bayern this term, some - including his former club boss Pep Guardiola - have expressed doubts over whether he has the technical ability to suceed in that role against the best teams. Whether Löw has those same doubts is unclear, but finding a way to make Müller tick looks critical to making Germany a force again.