The effects of climate change are becoming ever more visible. These compelling photographs capture the consequences of global warming at the peak of their impact. 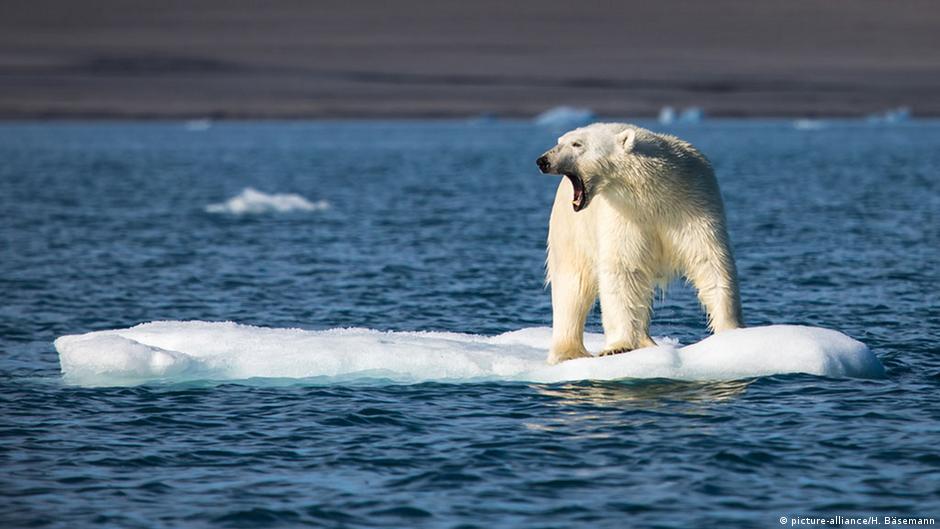 Polar bears pushed to the brink

Climate change is the single biggest threat to polar bear survival, according to the International Union for the Conservation of Nature. The animals depend on seasonal sea ice, which they use as a platform to hunt seals.

Polar bears have been losing weight as Arctic sea ice melts, a recent study out of Canada found. Female polar bears weighed about 10 percent less in 2009 than they did in 1984, scientists found. As retreating sea ice shrinks their habitat, starvation threatens the species.

Droughts are becoming an increasingly frequent reality in Australia thanks to climate change shifting rain patterns. The Climate Council reported last year that since the mid-1990s, southeast Australia has experienced a 15 percent decrease in rainfall during early winter and late autumn.

The photo below is a closeup of Wellshot Creek in Queensland, Australia's second-largest state - in March 2014, it suffered from its most widespread drought to date, with 80 percent of the region affected. 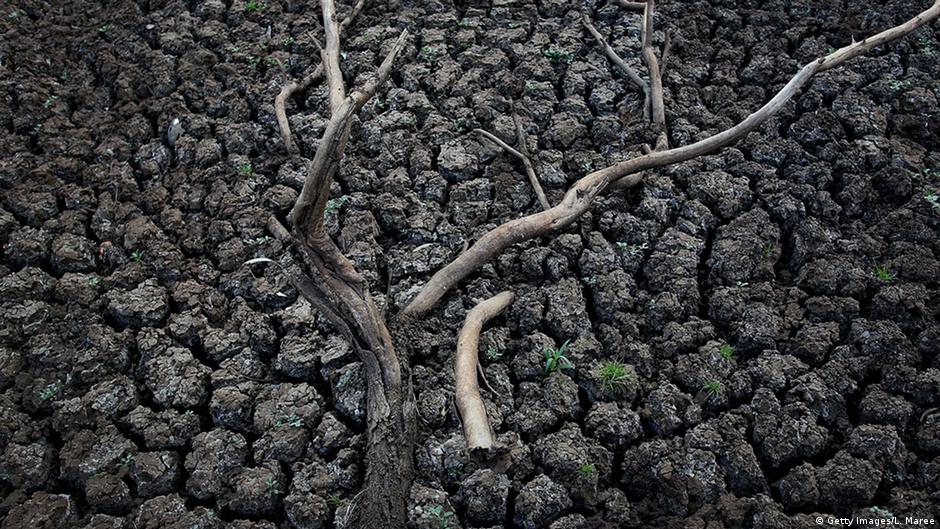 Wellshot Creek in Australia during the drought in March 2014

Formerly a phenomenon in regions home to 75 percent of the world's poor, the spread of deserts is largely a result of poor land use. And climate change is turning desertification into a global problem.

China is one of many countries around the world affected by ever-worsening desertification. After more than 30 years of industrial growth powered by coal, China is now both a victim and one of the major culprits of climate change. 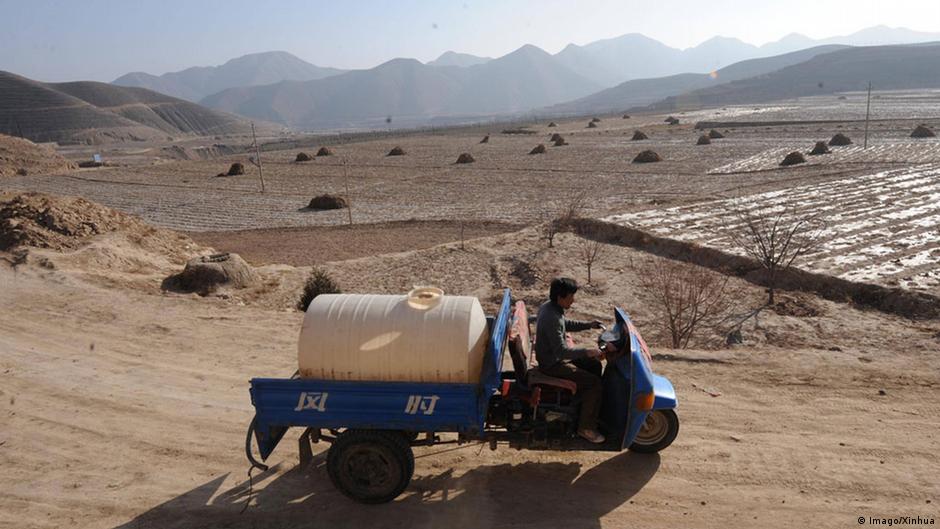 Bangladesh is considered one of the countries most vulnerable to climate change, with severe floods triggered in part by increasing temperatures and rising sea levels. These wipe out crops and destroy homes on a regular basis.

Scientists have projected that seas may rise around a meter this century - but even a 65-centimeter rise would swallow around 40 percent of Bangladesh's productive land, according to World Bank experts.

A study by scientists at Climate Central in November 2015 suggested that 470 million to 760 million people across the globe could lose their land to rising seas if global warming is allowed to continue. 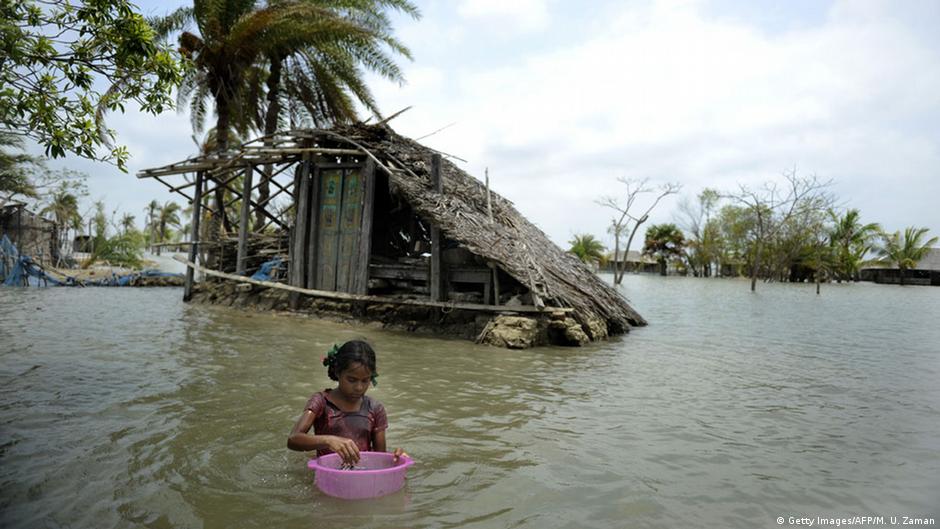 The Colorado River, a waterway that serves 40 million people in seven western states in the USA, is drying out. The Lake Powell reservoir, which lies along the river and plays a vital role in water delivery, is at only 45 percent of capacity. Fifteen years of diminishing snow falls in the Rocky Mountains, which feed the waterway, mean less water is flowing to the river.

The Colorado River is crucial to for agriculture in California, as well as for growing cities across the American Southwest. 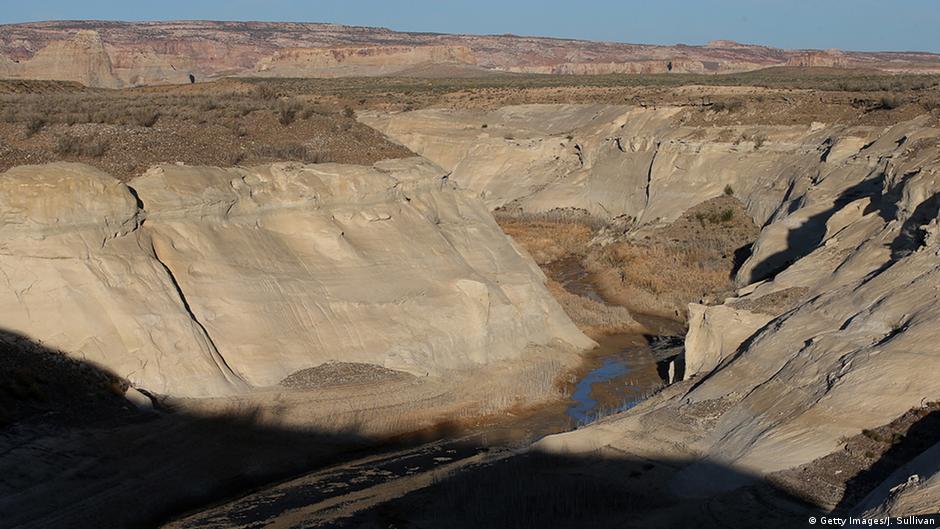 A waterway off Lake Powell ran nearly dry in March 2015

Altered storm patterns and longer dry spells are resulting in lower river levels and prolonged fires in the Amazon region. This spells chaos for locals - with implications for ecosystems and further climate change. (05.12.2015)