The first British citizen to contract the deadly Ebola virus has been given the experimental drug ZMapp in London. Two US patients recovered after taking the drug, though an infected Liberian doctor died. 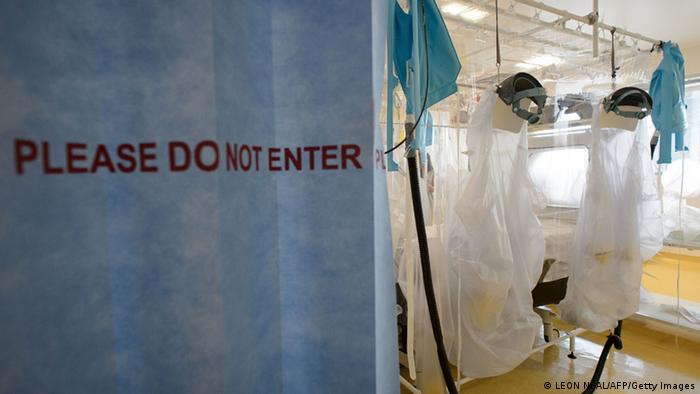 British nurse William Pooley is receiving the experimental drug ZMapp after being confirmed as the first Briton to contract Ebola, doctors in London announced on Tuesday.

The 29-year-old Pooley was diagnosed with the hemorrhagic disease while working in Sierra Leone. He was flown back to the United Kingdom on Sunday in a specially adapted Royal Air Force cargo plane.

The success rate of the drug, which is grown in tobacco leaves, remains uncertain. US Ebola-infected missionaries, Dr. Kent Brantly and Nancy Writebol were both successfully treated with the serum in Atlanta and left hospital last week. However, Liberian doctor Abraham Borbor died on Sunday despite receiving ZMapp.

"After careful consideration William decided that he would like to take the experimental drug ZMapp and he took the first dose of the drug on Monday," said a statement from Royal Free Hospital in north London, where Pooley is being treated in an isolation unit.

Pooley was said to be in "good spirits" on Tuesday and was sitting up and talking to the medical staff that were treating him.

"The next few days will be crucial. The disease has a variable course and we will know much more in a week's time," said Mike Jacobs, infectious diseases consultant at the London hospital.

In Sierra Leone on Tuesday, the World Health Organization (WHO) said it had to close a laboratory after a health worker there was infected.

There is currently no cure or vaccine for the deadly Ebola virus, which has claimed the lives of 1,427 victims since the first case was confirmed in Guinea in March this year.

A total of 2,615 people have now been infected by the disease across Sierra Leone, Liberia, Guinea and Nigeria. On Sunday a separate outbreak was confirmed in the Democratic Republic of Congo.

The Democratic Republic of Congo has confirmed its first cases of Ebola in an epidemic that has hit four other African nations. Seventy people have died in DRC in the past 10 days of a previously unidentified fever. (24.08.2014)