Armed men opened fire with machine guns and threw petrol bombs inside a table dance bar in a major port city. President Lopez Obrador suggests collusion with authorities was a root cause. 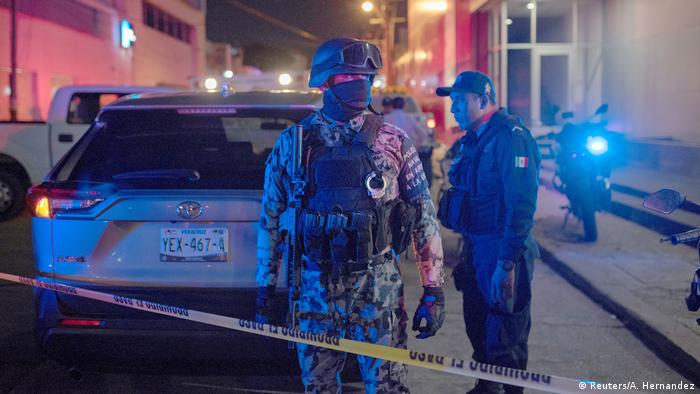 At least 28 people were killed and another 13 severely injured when assailants attacked a nightclub in Mexico's Gulf coast port city of Coatzacoalcos.

Read more: Against the current: Femicide in Mexico on the rise and growing more brutal 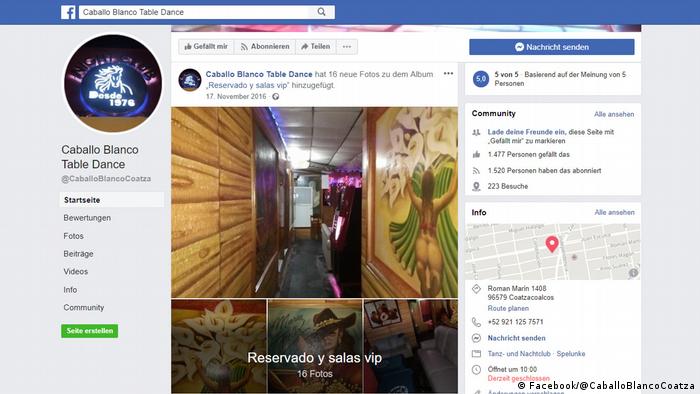 President Andres Manuel Lopez Obrador addressed the issue in his daily press briefing. "The criminals went in, closed the doors, the emergency exits, and set fire to the place."

The president was critical of the handling of previous cases linked to the attack and even hinted at underhand collusion with authorities contributed to the onslaught.

Lopez Obrador added local prosecutors should be investigated because "the alleged perpetrators had been arrested, but they were freed."

Nevertheless, the attorney general's office said they were working with police to investigate and find the perpetrators.

Veracruz Governor Cuitlahuac Garcia Jimenez said that the "criminals" would not go unpunished.

"In Veracruz, criminal groups are no longer tolerated," he wrote on Twitter.

Veracruz is one of the most violent states in Mexico with fierce fighting between criminal groups for control of drug trafficking and other criminal activities.

So far this year, more than 1,600 people have died from violence in the state, an average of seven deaths per day.

Some local media likened the attack to one in 2011 on a bar in Monterrey that killed 52 people.

The Zetas drug cartel carried out that attack using fire and guns to enforce demands for protection payments.

The ruling, which does not allow for the sale of the drug, is now under review by a higher court at the government's request. The organization backing the case told DW it is a step toward ending the "war on drugs." (21.08.2019)