A fire at a large poultry slaughterhouse in China has killed at 119 people, according to state media. The death toll may rise as some of the factory workers are still unaccounted for. 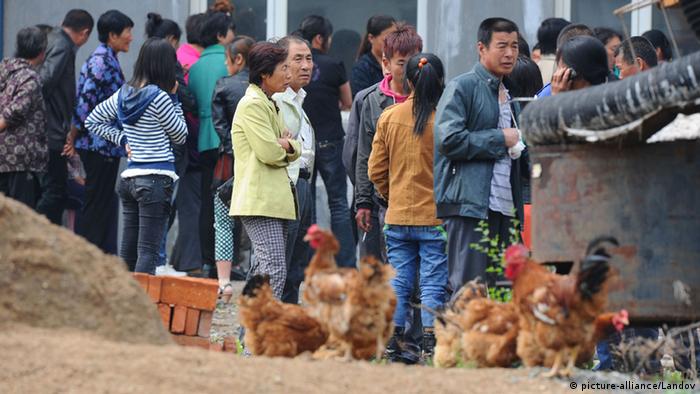 It is believed that there were about 350 workers inside the plant when the fire broke out. Some workers quoted by CCTV said they heard a blast, which was followed by smoke filling the building.

A provincial governmental information office confirmed the number of dead and added that 54 additional people were injured.

The Xinhua news agency reported that about 100 people were able to escape the facility despite the front gates being locked. The news agency added that "the complicated interior structure […] and the narrow exits have added difficulties to the rescue work." Some workers are still thought to be trapped.

China has a history of deadly fires that have occurred in buildings with lax safety standards. One of the country's worst fire disasters occurred in 2000, when 309 construction workers at a discotheque were killed in a blaze in the city of Luoyang.

It is not clear if poor safety standards played a role in Monday's fire in Jilin province. The fire has been mostly brought under control, but firefighters are still on the scene attempting to completely extinguish the blaze.