Fiji says 43 of its soldiers abducted on Thursday in the Golan Heights while working for the UN are safe. Germany has demanded the peacekeepers' release. 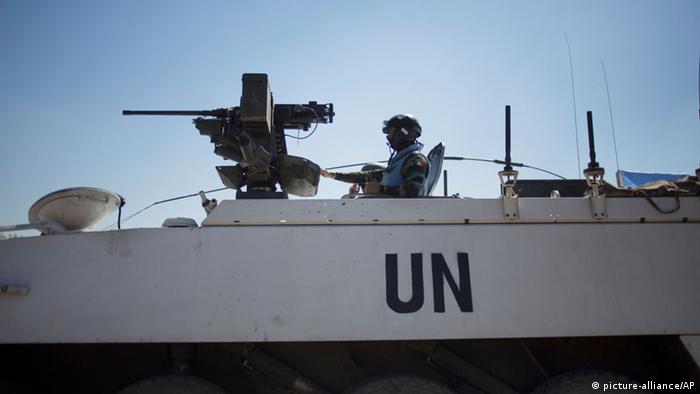 The 43 UN peacekeepers were abducted on Thursday on the Syrian side of the Golan Heights. The Fijian military said on Friday the abducted group was made up of its soldiers, and that they were alive and unharmed.

Al Qaeda-affiliated groups were responsible for the kidnapping, the UN said on Thursday. Some of the rebels involved are believed to belong to the Nusra Front group. Those abducted were from the United Nations Disengagement Observer Force (UNDOF).

"The Fijian government is working closely with the United Nations for the release of the 43 Fijian peacekeepers," Fijian Prime Minister Frank Bainimarama said in a statement on Friday.

"The latest information we have is that they are safe and I can say now that the negotiations for their release have already begun," Bainimarama said.

The Fijian military said the soldiers were taken early Thursday morning, when three vehicles filled with around 150 rebels converged on the soldiers' post.

Fijian Commander Brig. Gen. Mosese Tikoitoga said the rebels demanded the Fijians board their vehicles, transporting them to an unknown location.

Tikoitoga said he had been informed that the Fijians were later taken back to their original post.

The UNDOF, whose troops come from Fiji, India, Ireland, Nepal, Netherlands and the Philippines, has been monitoring a 1974 disengagement accord between Syria and Israel following their 1973 war.

Germany has condemned the peacekeepers' abduction, with President Joachim Gauck expressing his dismay in a message to the UN Secretary General.

The German foreign ministry likewise condemned the incident "in the strongest terms" and demanded the peacekeepers' release.

"It is completely unacceptable that people who have given decades of their lives for peace should be the target of such attacks," said a foreign ministry spokesperson.