Many small shops in Berlin fear for their existence after Germany's COVID lockdown was extended once again. For many, government help has been slow in coming, making a bad situation even worse. 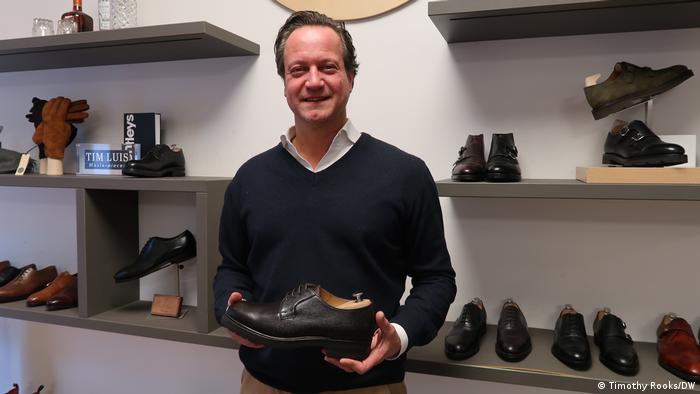 'We need to open now and I would do anything to be able to do that,' says Udo Robakowski

A few steps from Berlin's most famous shopping street, Kurfürstendamm, there is a small shoe store run by Udo Robakowski. The shop, Schuh Konzept, is a fashionable boutique with long shelves full of classic dress shoes for men and women. Prices range from €200 to €1,500 ($240 to $1,800).

The only problem is there are no customers — and it's been that way since December 16 when Germany forced all nonessential shops to close to stop the spread of the coronavirus. Since then the lockdown has been extended twice and is currently in place until at least March 7. Judging by past extensions, that may not be the last of it, which makes hygiene rules and general planning almost a waste of time and energy.

During these weeks and months of uncertainty all retailers besides grocers, pharmacies and drug stores have been shuttered and customers left out in the cold. There are very few exceptions; not even hair salons or do-it-yourself hardware stores have been open.

Robakowski, who is a professional shoemaker, has been in the business for 22 years. During that time he has had three shops, all in the same street. Each one bigger than the last. Nine years ago, he moved to the current location. Even with all his experience he doesn't know what to do anymore and calls the situation a "catastrophe." 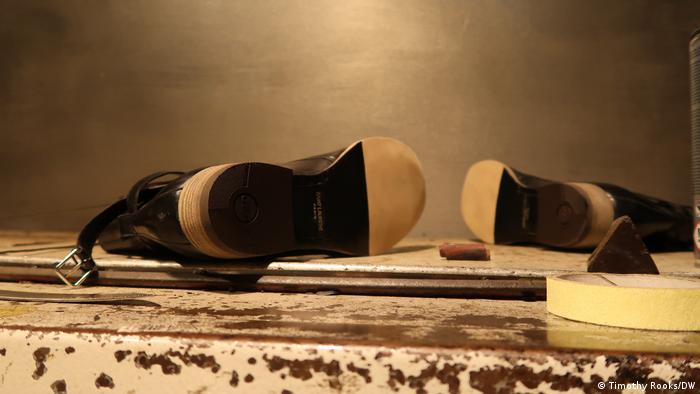 A pair of boots being worked on

With so many people working at home and no big events, people are just not buying shoes like they used to. Besides that he missed out on much of the important Christmas shopping season.

The stock of unsold shoes is piling up. Now shipments of new shoes, ordered long ago, are coming in. Plus in the next few weeks orders are due for the fall/winter season. With business down about 50% last year, it will be a small order.

Robakowski is not alone. Overall, the German economy shrank 5% last year. On February 16, Economy Minister Peter Altmaier again promised quick help for businesses. Earlier this year he forecast growth to only hit 3% in 2021. It was a decrease of 1.4 percentage points from previous estimates.

For retailers, much of what is being sold is being sold online. Last year Germans spent more than €83 billion online, a 14% increase on 2019, according to numbers gathered by the German E-Commerce and Distance Selling Trade Association (bevh). The biggest online purchases were clothing and electronics.

Generally, consumer confidence is down and the German Retail Federation (HDE) keeps warning that 50,000 shops with 250,000 employees now face bankruptcy because of the lockdown measures. Unsurprisingly, those selling clothes, leather goods and shoes are especially vulnerable. 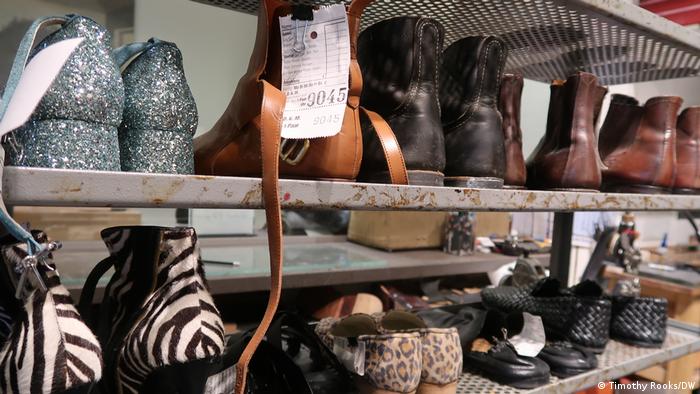 Shoes waiting to be repaired, the only source of income at the moment

Unlike most other retailers in the area, Robakowski has been able to keep his doors open because he offers an in-store shoe repair service. Still there are days when only two or three customers come in to pick up or drop off shoes to be repaired for a total of €60. And even if a customer sees a nice pair of shoes while there he can't sell them anything.

Selling online doesn't make much sense for him either, since he would have to fight big companies. The work needed to sell a few shoes on the side just isn't worth the marketing, shipping and returns. He does offer an interactive online shoe repair calculator, the first of its kind he says. Though these shoes need to be brought into the shop to be worked on. 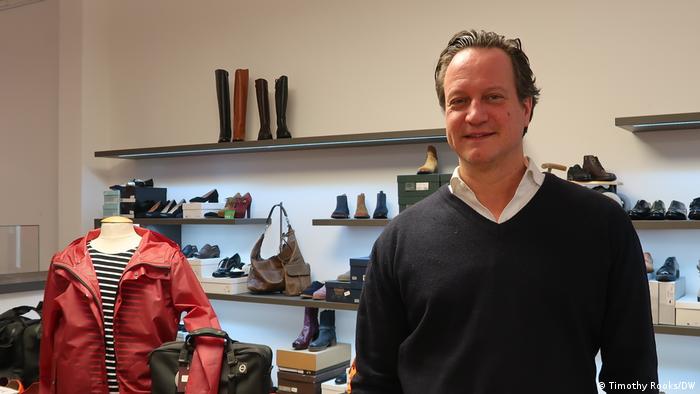 Robakowski has applied for December and January government aid programs. So far he has received nothing. "I need direct financial help and the government doesn't seem to be taking that seriously enough," he told DW.

He understands that we are in an exceptional time, but policymakers have had a year to prepare. "Everything takes too long and it doesn't help to get December assistance in April," he complained.

Up until now Robakowski has been able to keep all his 11 employees, though they are in short-time work programs that pay some of their salary.

Others in his street are using the forced closure to renovate. A few have already closed for good. The shoemaker expects a lot of empty storefronts for the foreseeable future. The city may never be the same.

Luckily his landlord has been accommodating. During the first lockdown last spring, he was allowed to skip two months' rent and only paid the utilities. Now he has an agreement to pay whatever he can; after things return to normal, he will sit with his landlord and see what can be arranged. But most are not so fortunate. 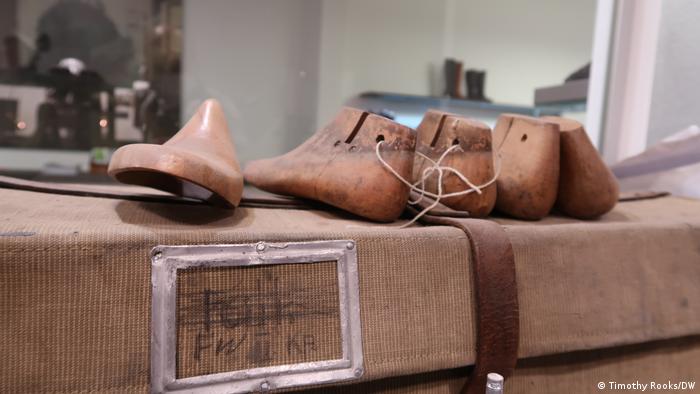 Although he personally has had luck in a bad situation, Robakowski thinks that more solidarity from banks and landlords is needed to get through these tough times. This is a job that only the government can regulate.

Robakowski is sure he will not go out of business. His entrepreneurial spirit is dimmed but still simmering. Besides direct financial support, what he needs most is planning security. Yet whatever happens he will come up with something, even if that means moving to a smaller location and letting some staff go. Asked if he thinks his store will really be allowed to open on March 7, he replied: "I will believe it when it happens." 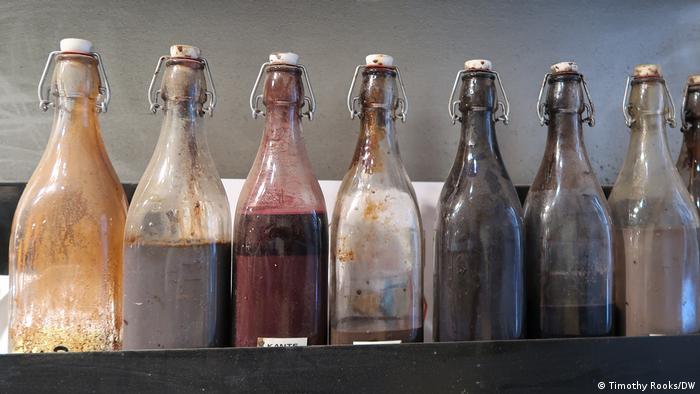 Germany's coronavirus aid efforts have been plagued by fraudsters from the start. Authorities have warned that they've only just begun to scratch the surface.

The European Parliament on Tuesday will establish the legal basis for the historic COVID-19 reconstruction fund. But how will the money from Brussels be distributed?