As Cambodia's most visible female politician, Mu Sochua is a leader in the fight for democratic reform and women's rights, although both issues are looked at with skepticism in this male-dominated society. 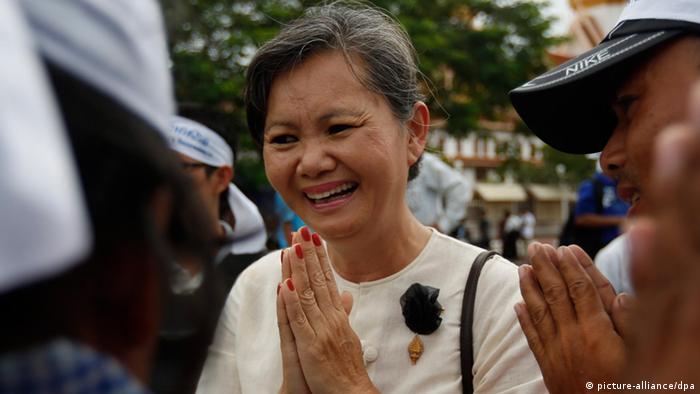 When the topic turns to women's issues, a new sense of conviction seems to enter Mu Sochua's voice, be it during an interview or at the many events the 59-year-old Cambodian speaks at about women's rights. A leading figure in the country's political opposition, Mu Sochua is passionate about using her influence to open up the possibilities for women in a culture where women have second-tier status.

"Politics is about power, but it is about what you do with that power," she said, adding that one of her primary goals as the chief of the secretariat of the Cambodian Movement for National Rescue is "to make the lives of Cambodian women better."

Along with that fight for women's rights is her equally passionate struggle for democratic reform in this south-east Asian country of 14.5 million, which only emerged from decades of civil war and genocide about 15 years ago.

In fact, Cambodia's tumultuous history of the second half of the 20th century kept Mu Sochua out of her native land for 18 years. In the early 70s, she was sent abroad as war enveloped the country. She was in the United States when the Khmer Rouge came to power in 1975, launching a radical, utopian experiment that took the lives of almost two million Cambodians, including her parents. She might have stayed away permanently, and found work in the US after graduating from the University of California, Berkeley. She didn't.

"I think it is very important for a refugee to have a solid background," she said. "It's the current that pulls you back to its source. The course of the water for me is Cambodia."

In 1989, she returned with her American husband, determined to help rebuild a shattered society. She got involved in politics, was elected to the National Assembly and became minister of women's affairs, where she drafted a domestic violence law and spearheaded campaigns against human trafficking and marital rape. 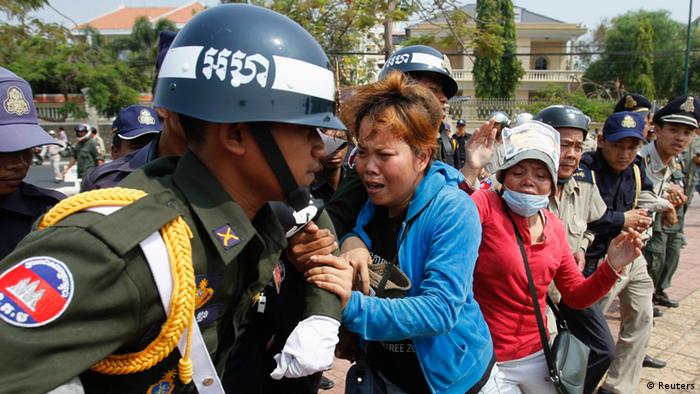 But after six years at the ministry, she says she had had enough of the rampant corruption as well as what she calls the movement toward a one-party state, dominated by current Prime Minister Hun Sen's Cambodian People's Party. In 2004, she left the government to join the opposition and work for a real multi-party democracy guided by the rule of law.

Up against the powerful

Her outspokenness has earned her the ire of the country's leaders, including the prime minister. He is not known for his appreciation of criticism and has been accused by rights groups of using the justice system to settle his own scores. Mu Sochua has seen it first hand. She filed a defamation suit against Hun Sen in 2009. He turned around and stripped her of her parliamentary immunity to countersue her. She lost, but refused to pay the $4,000 (3,100 euro) fine.

Many outside observers agree that the rights situation in Cambodia is deteriorating as connections, money, and political power increasingly trump the rule of law. Critics can find themselves with long jail sentences or on the receiving end of violence. Despite the danger, Mu Sochua has refused to temper her calls for reform.

"When you start thinking about fear and your safety, you get yourself off your agenda," she said. "I'm not saying I don't fear, I'm not afraid of death. However, if you entertain that for more than one second, that is a second lost for justice." 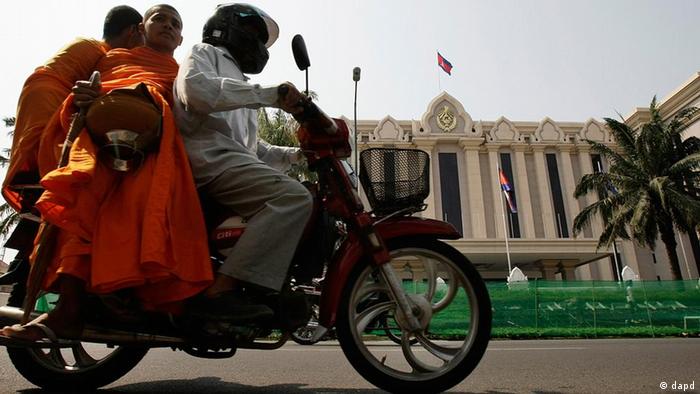 But the ongoing fight, which most would call decidedly uphill, has come with a cost, especially regarding her three daughters. She remembers times when she would put them to bed and go out to counsel sex workers or look for missing people.

"Coming home, the first thing I would do was to take a cold shower and then to think that my family deserves something from me, too," she said.

Mu Sochua regularly receives praise from many quarters, especially in the international community. But Ou Virak, president of the Cambodian Center for Human Rights, wonders how much real impact she can have at home. Many in rural farming regions find it hard to relate to a woman with two American college degrees. And her gender hasn't made her political work any easier.

"The society has not accepted woman leadership so much," Ou Virak said. "Many male politicians will not endorse her in a higher role because she is a woman."

Sochua admits her job is not easy given the current political situation and her gender. And as national elections are set for July, the fight is just going to get harder. But she insists that she's ready.

"You have to climb this very high mountain, but every tiny step you make up the mountain is victory," she said. "I think it may be uphill, but the top is visible."

Driven by revenge, Youk Chhang began documenting the horrors that befell his people during the genocide in Cambodia. Now he's convinced his country must confront its past to be able to shape its future. (13.03.2013)

Three people widely believed to be innocent have been jailed in highly politicized cases in Cambodia, sparking a fresh outcry from campaigners calling for judicial reform. (28.12.2012)