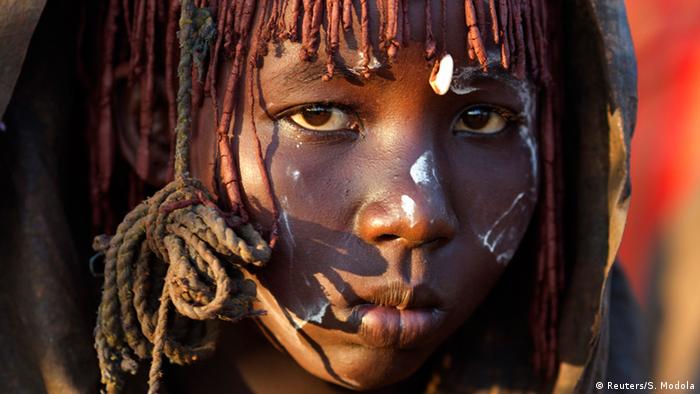 This girl, belonging to the Pokot tribe in Kenya, was also circumcised following tribal tradition

Ntailan Lolkoki and her sisters enjoyed an idyllic childhood in the north of her native Kenya. They herded goats, bathed in the river and returned home to their manyatta — the traditional dwelling — at nightfall. This carefree, beautiful life ended abruptly when Lolkoki turned 12. According to the tradition of her tribes — she is half Masai, half Samburu — she and her sisters were circumcised. It was a traumatic experience that mutilated not only her body, but also her soul.

A mutilation every 11 seconds

Like Lolkoki, many girls suffer this same fate every day. Female genital mutilation or cutting (or FGM/C) is practiced in a total of 28 countries in Africa, on the Arabian Peninsula and in parts of Asia. However, with migration, the number of women subjected to FGM/C is also increasing in Europe.

Worldwide, around 200 million women live with mutilated or circumcised genitals. In many cultures, circumcision symbolizes a girl's transition to womanhood. She is then "pure" and ready for marriage. But with increasingly stringent laws against the practice, there is a growing tendency to perform this ritual on infants, since a crying baby is less likely to raise suspicions than a child complaining of pain. 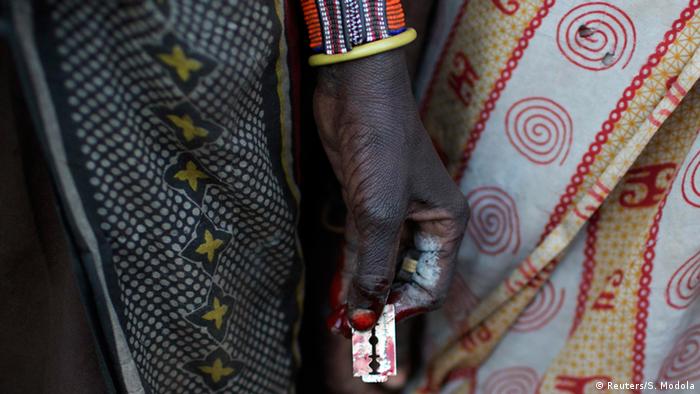 Circumcisions are often done without proper or sterilized equipment

In Lolkoki's home country of Kenya, FGM/C has been banned since 2011. But as in many other African countries, girls continue to be circumcised, especially in rural areas, and mostly without sterile tools — just knives, razor blades or shards — and without anesthesia. The World Health Organization (WHO) estimates that 25% of girls die during circumcision or from its consequences. It's a tradition that causes trauma and lifelong physical and psychological suffering for survivors.

Now a Berlin-based artist, Ntailan Lolkoki wants to save girls and women from this terrible fate. To this end, she has written an African fairy tale titled The Kingdom of Watetu and Songaland. It tells the story of two tribes who live in peace with each other until the princess of the Watetu rebels against the tradition of circumcision practiced by her tribe and escapes her own circumcision. She is helped by the prince of Songaland, who rejects this practice. This pits the tribes against each other. 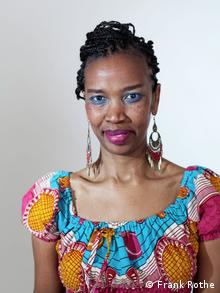 Breaker of taboos: Ntailan Lolkoki speaks openly about her circumcision

"I chose to tell the story in this narrative form, because I wanted to preserve the African cultural setup," Lolkoki told DW in an interview, explaining that her book reflects the reality in Africa, where many tribes with differing traditions live together. "And as I was growing up as a child with the Samburu tribe, the Samburu hated the Turkana. Why? Because they [the Turkana] didn't mutilate [the girls]."

Lolkoki's story bears strong biographical overtones. Although, unlike her female protagonist she was unable to prevent her own circumcision, she too initially turned her back on her country and culture because of that traumatic experience. After meeting a British soldier in Nairobi and marrying him, she first moved to England and later to the German town of Dülmen in the 1980s.

It was an unhappy marriage. This was mainly because Lolkoki couldn't relate to her own body due to her circumcision. Having had her clitoris removed as a child, she was unable to experience sexual pleasure, and this physical numbness also affected her emotional balance.

Reconciling with one's own culture

The marriage ended in divorce and Lolkoki moved to the German capital. Having been discovered as a model in Dülmen, she entered the Berlin fashion industry with the help of industry contacts. But she remained unhappy.

"In my early 20s, I realized in 1989 that I had to return to Kenya in search of myself and the meaning of life," Lolkoki wrote in her autobiography and first book, Wings for the Butterfly. It would take years and several trips between her original home in Kenya and her adopted city of Berlin for Lolkoki to reconcile with her own culture.

"I believe that a human being is strong in their natural sense and when they are connected with their cultural roots," explained Lolkoki. She values many aspects about her culture: the dances, the community, the connection with nature. And what she can do to fight against the cruel part of her culture. Her goal is to have her second book, The Kingdom of Watetu and Songaland, included in the African school curriculum.

With the support of the Kenyan Embassy, she is currently planning a trip across the East African country to speak to schoolchildren about her book. She rejects the argument that talking alone will not reverse a centuries-old, deep-rooted tradition.

"But if we stopped talking about it, it would be a waste of the pain that I went through or that many other people go through. It's something that needs to be talked about over and over again," she said.

In her autobiography, she talks openly about how much she suffered from her own circumcision and its consequences. She describes, for instance, how she underwent reconstructive surgery on her clitoris at the Waldfriede Hospital in Berlin and was finally able to discover and enjoy her sexuality at the age of almost 50.

A happy end for all women?

But she still hasn't completely overcome her trauma, having been alienated from her own body and identity for far too long, and blanking out the memory of her circumcision. Writing was a healing process for her.

"It would take a miracle to bring about change," she writes in her African fairy tale.

And although her own story has a happy ending, much remains to be done for other circumcised women and those at risk of being circumcised given the tradition's deep-rooted nature.

"It's about meeting with people in the villages and having a conversation with them and reaching their hearts," said Lolkoki, adding that this is what will transform people. So far, she has been able to save her nieces from FGM/C. She still plans to save many more girls.

The Kingdom of Watetu and Songaland is currently available only in English. Wings for the Butterfly has been published by the German publisher Droemer Knaur.