Fighting corruption: Germany gets a ′lobby register′ | Germany| News and in-depth reporting from Berlin and beyond | DW | 26.03.2021

Scandals surrounding parliamentarians who profited brokering COVID mask deals have sped up the passing of a law requiring lobbyists to make their influence more transparent. Critics say this is not enough. 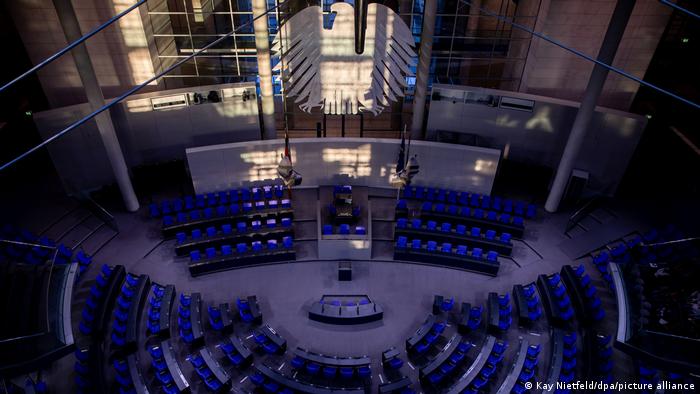 The heart of every democracy is its parliament. It is the place where bills are negotiated and passed into law, and elected representatives exchange views and debate. Yet it is also where the representatives of interest groups from business and society promote their affairs — in other words, where lobbying takes place.

Lobbying belongs to every democratic process. The political realm needs the expertise of economic associations, professional unions, nongovernmental organizations and religious groups for the legislative process.

This should not be an opaque backroom activity, the parties in Germany's governing coalition have decided. After long-running disagreement, the conservative Christian Democratic Union (CDU) and its Bavarian sister party, the Christian Social Union (CSU), and the center-left Social Democratic Party (SPD) have agreed to establish a transparency register, also known as a lobby registry. 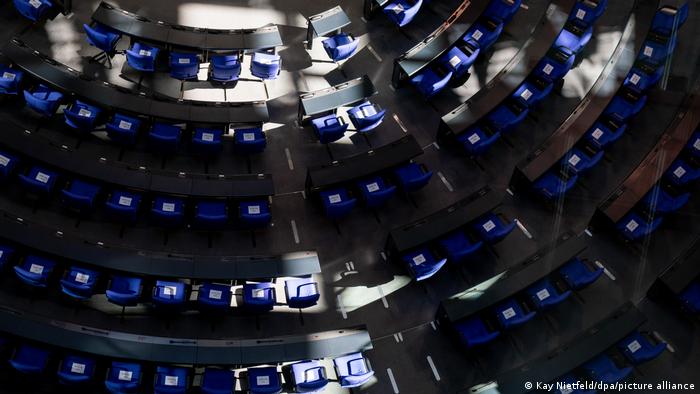 Will Germany's transparency registry shine a light on lobbyist influence on lawmaking?

What is a lobby registry?

A lobby registry is a publicly accessible database in which the professional representatives of interest groups must register before they contact political actors. Such registries already exist in various countries.

Germany's forthcoming lobby register, which will be situated within the Bundestag, will require lobbyists to enter their names and provide details about their employers or commissioning agents. The lobbyists can also provide information about the number of people involved and expenses. False entries or failing to register at all will be punishable by a fine.

An early draft of the registry proposed only requiring information from lobbyists who would be interacting with members of the Bundestag. However, the current version agreed upon by the coalition parties calls for lobbying that takes place within the government ministries to also be registered.

Government members such as Olaf Scholz, the current finance minister and vice chancellor and the SPD's chancellor candidate in the upcoming national elections, have said they are satisfied with the deal.

Criticism of the lobby registry

Experts and political scientists do not take such a rosy view of the planned registry. "Overall, the deal falls short of the demands of organizations and civil society, and when compared internationally to other lobbying regulations, it lies somewhere in the middle," Maximilian Schiffers, a political scientist from the University of Duisberg-Essen, told DW.

This is primarily because, while the registry would clarify who is going in and out of the Bundestag and the ministries, it wouldn't provide information on the area of business.

"It doesn't even tackle the problem that a good lobby registry can solve. We will know who the lobbyists are, but we won't know what they are actually doing and who they are speaking with," said Roman Ebener, from the nonpartisan internet platform Abgeordnetenwatch (Parliamentarian Watch), which advocates for greater political transparency in Germany.

A further problem is that lobbyists must only name their political contacts when this involves someone at the sub-departmental leadership level or higher. "A lobbyist doesn't have to register if they just meet with an adviser or an administrator, even though this person may be influential because they deal with the topic. This means that hidden influence would still be possible," Ebener told DW.

Lobbying transparency in other countries?

There are many countries that have far stricter transparency rules for lobbyists than Germany does. Canada and the United States are among the strictest. In these countries, lobbyists are required to register as such. There is also an independent controller and tough sanctions for wrongdoing. 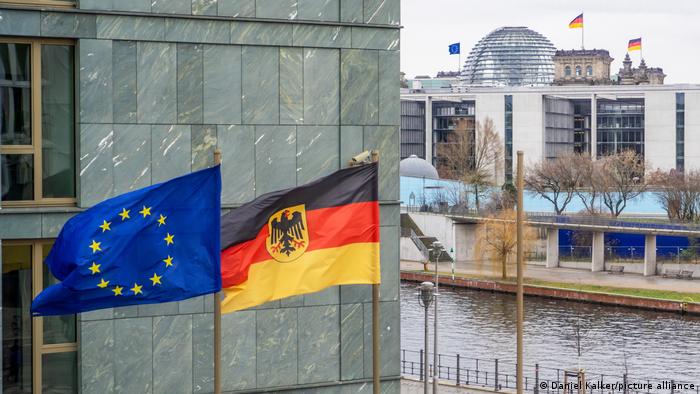 The European Union has also set itself a high bar regarding transparency. EU commissioners have to publish their lobbying-related meetings online. The same holds true for EU parliamentarians in key positions, for instance, committee heads and rapporteurs.

In addition, meetings are also listed according to the law they pertain to. "You can simply go to the website, look up the 'Green Deal," for example, and then you will get all the organizations that undertook lobbying activity in relation to the Green Deal, including all their positions and meetings," Schiffers explained.

"Germany could have used countries like the US or the EU's transparency register as an orientation," Ebener said.

In light of the weaknesses contained in Germany's lobby register, organizations such as Abgeordnetenwatch and Lobbycontrol are called for adjustments, such as requiring lobbyists to make public all their political contacts.

The organizations are also demanding a so-called legislative footprint, which would make it possible to trace which interest group had played a role in shaping a passage in a concrete law. This would let citizens see how the laws were made and which interests were taken into account.

Such a legislative footprint does yet not exist anywhere in a pure form, in part because it is difficult to assess which influence ended up in which passage within a law.

Since 2018, the German government has been required to make so-called the legislative process transparent. This means that it is possible to see drafts of laws on ministry websites, including the respective position of lobbying organizations.

This is not far removed from the idea of a legislative footprint. However, each law is individually published on the respective ministry's website; there are 15 federal ministries in total. There is no combined overview to provide transparency — a transparency that many say is needed to ensure lobbying activities serve democracy and remain within legal boundaries.

While you're here: Starting on March 16 DW editors will round-up for you what is happening in German politics and society, with an eye toward understanding this year’s elections and beyond. Sign up for weekly e-mail newsletter "Berlin Briefing," to stay on top of developments as Germany enters the post-Merkel era.
Sign up here:

Public prosecutors in Bavaria have issued an arrest warrant as part of their investigation into corruption following the mask scandal. It does not appear to target the politicians under suspicion.

Andreas Nick, a prominent member of Germany's ruling CDU party, has strongly criticized the two conservative politicians at the heart of a damaging mask procurement scandal on DW's Conflict Zone.