After yesterday's announcement of both men's lawyers about their intentions to appeal their eight-year ban from football, FIFA's prosecution has announced that they are going to seek longer bans for Blatter and Platini 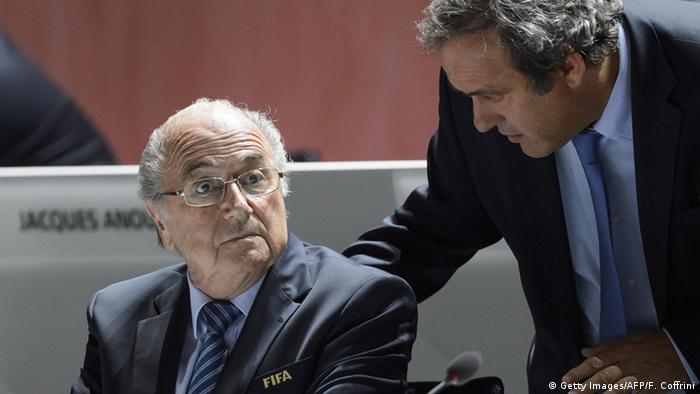 Suspended UEFA president Michel Platini has officially appealed against his eight-year ban from footballing activities, after withdrawing his candidacy for FIFA presidency last month, but FIFA's prosecutors are said to do the exact same thing in a bid to toughen sanctions against him and suspended FIFA president Sepp Blatter.

Both men have already made it clear they will appeal the bans by football's governing body's ethics committee. But they're not the only ones, as FIFA's prosecutors confirm they, too, will appeal the eight-year suspension from footballing activities, in a bid to toughen sanctions against Blatter and Platini.

The appeal by the prosecutors revives the prospect of life bans for Blatter and Platini, who deny any wrongdoing. Both presidents' lawyers have already confirmed they will appeal against the severity of the ban. Sepp Blatter and Michel Platini were banned in connection to a two million Swiss francs (1.8 million euros) Platini received from FIFA in 2011, and was personally approved by Blatter.