World soccer leaders are gathering in Bahrain ahead of the annual FIFA Congress. Elections of Asian members and possible changes to how World Cups are awarded are on the agenda, but corruption still clouds the air. 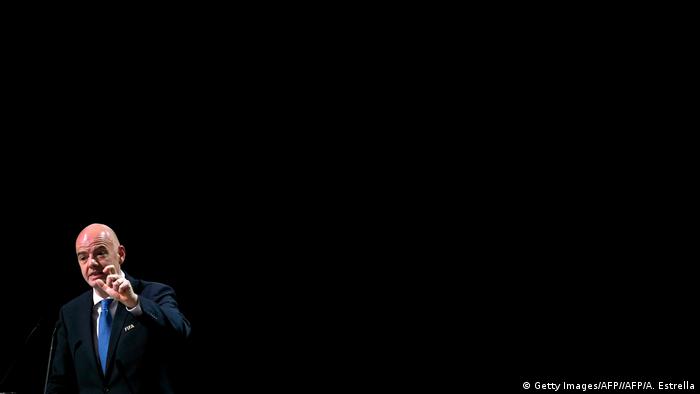 Fresh corruption scandals overshadow the annual gathering of world soccer leaders as they prepare to meet at the FIFA Congress in Manama, Bahrain.

Two years on from the corruption crisis that engulfed FIFA, the aftershocks are still being felt with ongoing investigations in Switzerland and the US and fresh problems emerging under the relatively new leadership of Gianni Infantino.

The election of Asian members to FIFA's ruling council on Monday kickstarts a week of meetings in Bahrain, with powerbroker Sheikh Ahmad Al Fahad Al Sabah struck off the ballot as he faces corruption allegations in the US.

Kuwaiti Sheikh Ahmad has been named as a co-conspirator of disgraced Guam football chief Richard Lai, who recently pleaded guilty to receiving nearly $1 million in bribes from football officials wanting his help to influence FIFA. 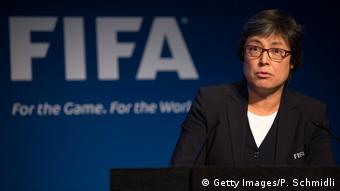 Moya Dodd is one of four women vying for election in the protected FIFA seat for Asian women.

The only contested AFC election is for the one protected FIFA seat for Asian women. Of the four contenders one has previous FIFA experience: Moya Dodd, who was on the executive committee at the time colleagues were arrested in the May 2015 raids in Zurich.

"I think those of us who are in football have a responsibility to steer the game to take the next best step that we can for the game to move it in the right direction," Dodd told AP. "So that's what I'm focused on, and the message I will give to the voting delegates this congress is that this is AFC's opportunity to demonstrate its values to the world."

Challenging Dodd in the election are Mafuza Akhter of Bangladesh, Han Un Gyong of North Korea (both declined to be interviewed by AP) and Susan Shalabi of Palestine. The quartet is chasing one of six spots on the FIFA Council reserved for women, covering the six confederations.

"I think we've seen how important it is for there to be a diversity of voices at the top table of FIFA," Dodd said. "When I joined, there had only been one (woman on the executive committee), there were then three and two of us couldn't vote,and I'd think when you look back you'd have to say that we did make a difference.

"Our voices were heard, it was part of a change in culture in FIFA and you saw in the reforms (that) women in football was a key tenet of the reforms and it's a key priority of FIFA going forward."

The three men set to be confirmed Monday on the FIFA Council from Asia are Zhang Jian of China, Mariano Varaneta of the Philippines and Chung Mong-gyu of South Korea. 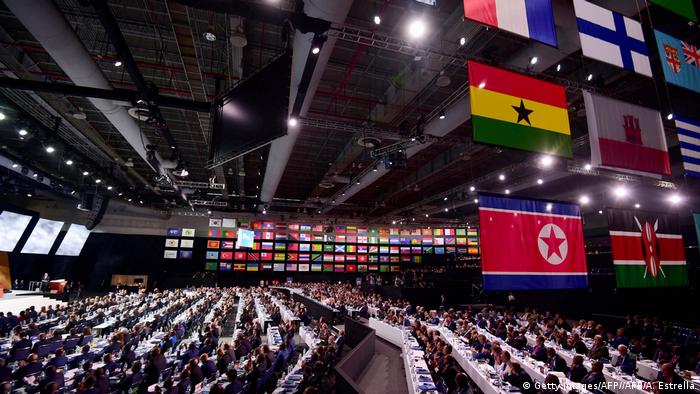 Up for discussion at this year's FIFA Congress is a possible change to how World Cups are awarded.

Issues on FIFA's agenda this week could prove contentious.

Item 16 is a proposal to look at how FIFA allocates its most prestigious tournament, the World Cup. Under current rules, the event cannot be staged in the same region more than once every 12 years.

However, any change to this policy could allow football's emerging power, China, to make a bid for the 2030 tournament, just eight years after its AFC colleague, Qatar, hosts the 2022 World Cup.

Any such move is likely to be challenged by Argentina and Uruguay, which want to jointly host the tournament in 17 years' time to mark the centenary of the very first World Cup, played in Montevideo.

Another contentious issue is that of Israel and Palestine. The Palestine Football Association argues that the presence of six Israeli clubs on its territory is in breach of FIFA statutes, which forbids another member association playing on another territory without permission. Israel argues that FIFA rules are unenforceable as there is no permanent border.

Furthermore, on Tuesday, German broadcaster ARD announced that its reporter Robert Kempe has been denied accreditation to the Congress. Kempe has reported on accusations of human rights violations against the Sheikh Salman, the Crown Prince of Bahrain, and the rejection of his application has again shone a light on questions surrounding the freedom of the press in the Gulf state. 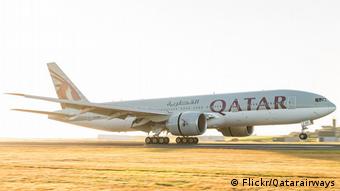 On the eve of their Congress, FIFA has signed up Qatar Airways as a sponsor until 2022, when the World Cup is staged in the Gulf nation.

The airline is filling the sponsorship category vacated by Dubai-based carrier Emirates after the 2014 World Cup.

FIFA recently announced losses of $369 million in 2016 as the fallout from corruption scandals has scared off potential commercial backers.

"Qatar Airways is an ideal partner for FIFA as we prepare for the first-ever World Cup in the Gulf region," said FIFA's secretary-general, Fatma Samoura.