Leaders from all over the continent are sending words of praise for the former president of Cuba. Fidel Castro was an important figure in Africa during the 1960s and '70s. 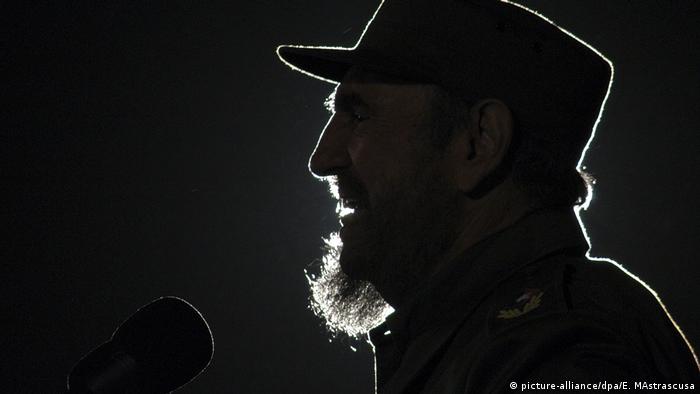 After news of Fidel Castro's death was announced late Friday, many African leaders reacted with words of condolence, praise and solidarity with the controversial leader.

One of the first reactions came from South African President Jacob Zuma, who thanked the Cuban leader for his help and support in the struggle to end apartheid.

Former South African President Nelson Mandela read books written by Castro and fellow revolutionary Che Guevara while imprisoned on Robben Island. In a speech soon after his release in 1990, Mandela said "We have come here today recognizing our great debt to the Cuban people. What other country has such a history of selfless behavior as Cuba has shown for the people of Africa?

Many South African social media users have been sharing this photo of the two men taken in 1991.

Zuma was not alone in his praise for the communist revolutionary's role in Africa. Rwandan President Paul Kagame and Burundian President Pierre Nkurunziza expressed their gratitude and condolences via Twitter.

"Castro’s place in history is assured, given his sustained successful commitment and towering role in the liberation and anti-colonialism struggles in Africa," he said in a statement.

In the 1970s, Castro was convinced that the "world revolution" was happening in Africa and that Cuba needed to become the first Latin American nation to go to war outside its own continent.

The two main countries Castro supported with troops were Angola and Ethiopia. The two countries soon became symbols of the Cold War, where Washington and Moscow battled for ideological supremacy.

Cuba sent troops to help Angola in their war for independence from Portugal in the mid 1970s and assisted the Ethiopian army with troops to fight against the invading Somali army in the late 1970s. 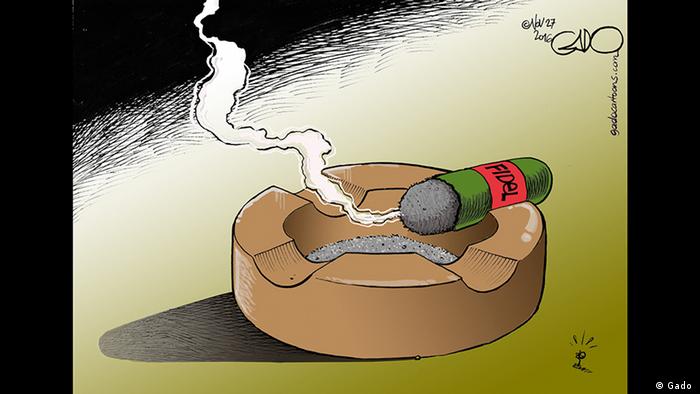 Kenyan cartoonist Gado reacted to Castro's death with this drawing, called the 'End of Fidel Castro'

The ruling party in Angola, MPLA, said in a statement that Fidel Castro will be "always present in the heart of the Angolan people and will be an inexhaustible source of inspiration" for generations to come.

An estimated 4,300 Cubans died in conflicts in Africa, half of them in Angola. Many experts believe this number has been sharply underestimated.

One of the biggest fans of Fidel Castro in Africa is veteran Kenyan opposition leader Raila Odinga, who named his son Fidel Castro Odhiambo Odinga in honor of the Cuban leader.

"In many ways, Castro was a great friend and true friend of Africa and other parts of the world that had to fight long and bitter wars to attain freedom from colonialism," he said.

Since the 1960s, Cuban troops have served in Algeria, Guinea, Guinea Bissau, Equatorial Guinea, Sierra Leone and Libya. Cuba remains engaged with Africa, and even sent 300 doctors and nurses to West Africa to help combat the Ebola virus.

In Miami, thousands of people celebrated the news of Castro's death. Many Cubans fled the island after Castro took over as the country's president in 1959, with a large portion settling in Florida's biggest city. (26.11.2016)

Heads of state and leaders around the world have reacted to the death of longtime Cuban president and revolutionary Fidel Castro. For many, he represented pride in his country's independent development. (26.11.2016)

Opinion: The death of an icon – nothing more and nothing less

Fidel Castro's death marks the symbolic end of the post–war era, which in reality has long been over, writes DW's Uta Thofern. (26.11.2016)

Wednesday marks one year since a violent clampdown on pro-democracy activists that left dozens of people dead, many injured and several arrested in the tiny southern African country of Eswatini.