Just one month after forging a relationship with US automaker Chrysler, Fiat is looking east as it signs an agreement with a Chinese auto group that includes a factory with the capacity to pump out 140,000 cars a year. 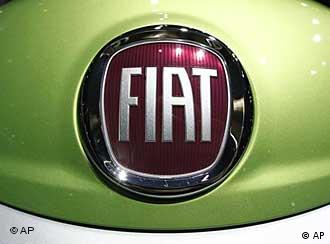 Italian carmaker Fiat has signed a deal with China's Guangzhou Automobile Group (GAC Group) to build a factory in China. According to a Fiat statement, the deal includes plans to build a 400-million-euro ($559 million) factory in Changsha, the capital of Hunan Province.

The agreement was signed on Monday in Rome by Fiat CEO Sergio Marchionne and GAC Group Chairman Zhang Fangyou in the presence of Italian Prime Minister Silvio Berlusconi and Chinese President Hu Jintao, who is in Italy this week to attend the G-8 summit in L'Aquila. 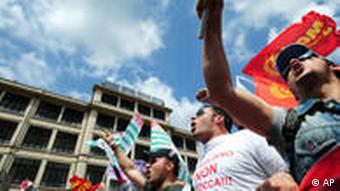 This is the second alliance that the Italian automaker has forged in as many months after taking a 20 percent stake in the struggling US car manufacturer Chrysler. That bond would grow stronger if Fiat manages to raise its stake to 35 percent or take control of the company.

Fiat said that cars produced at the Changsha plant would be equipped with engine and transmission technology in line with the Chinese government's requirements to develop fuel-efficient, low emission vehicles.

The first model to be launched is to be the C-segment Linea sedan. The Fire 1.4-liter, 120 and 150 horsepower are to be the first engines off the line.

Fiat on Wednesday closed a deal to take over the strongest assets of bankrupt US automaker Chrysler, the first step in the Italian company's ambitious drive to create a global car giant. (11.06.2009)

German officials hold further talks with GM and the last remaining bidder, Magna, to decide the future of Opel. If it is willing to cover the funds GM asked for on Wednesday, it seems Magna will take over Opel. (29.05.2009)

Fiat has denied a German news report that it plans to cut 18,000 jobs and close 10 factories in Europe, should it succeed in its bid to take over GM's European operations. (06.05.2009)