Italian-American automaker Fiat Chrysler has been ordered by US regulators to pay a record multimillion dollar penalty for lapses in safety recalls. The company will also buy back some defective vehicles. 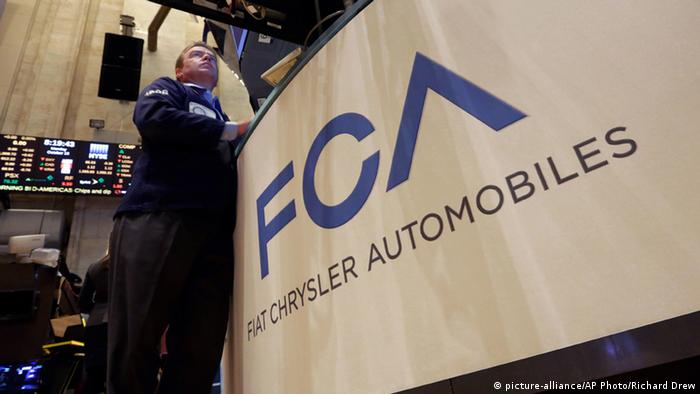 Fiat Chrysler will pay a $70-million (63.1-million-euro) fine to the US auto safety watchdog, the National Highway Traffic Safety Administration (NHTSA), and spend a further $20 million on "consumer outreach activities and incentives to enhance certain recall completion rates," the company said on Monday.

The fine was to punish the company for mishandling its recalls of some 11 million vehicles.

Fiat Chrysler will be required to pay an additional $15 million, if it fails to comply with certain terms of the deal, it said in a statement.

Under the settlement, the company will also have to repurchase some defective vehicles.

Furthermore, an independent auditor will monitor the company's recall process for three years. And if the company fails to comply with the terms of the deal, the NHTSA can extend the scrutiny by another year.

The $90 million of penalties imposed on the company are higher than those slapped on General Motors ($35 million) for delayed recalls and on Japan's Honda ($70 million) for hiding safety problems in some of its vehicles.

The fine follows Fiat Chrysler's announcement on Friday that the company was recalling 1.4 million vehicles in the US after hackers demonstrated they could remotely control a Jeep Cherokee while it was in operation.

The company said it will install software to prevent hackers from gaining remote control of the engine, steering and other systems. But the NHTSA said it would investigate whether the automaker's solution to upgrade the software in question was enough to protect consumers from hackers.

Italian-American automaker Fiat Chrysler has recalled around 1.4 million vehicles in order to install software updates to prevent the cars and trucks from being hacked via their Internet-connected radios. (24.07.2015)

Fiat Chrysler Automobiles has announced plans to make its renowned Ferrari sports car brand into a standalone company. Word of the spinoff came as FCA said it had also returned to growth in the third quarter. (29.10.2014)

Fiat-Chrysler gets off to bumpy start at NYSE

Fiat-Chrysler has launched its shares at the New York Stock Exchange, after a merger between the two struggling carmakers in January. With the move, the company is aiming to make a big comeback. (13.10.2014)