Sergio Marchionne has rejected accusations of emissions cheating in the US. One day after officials reached a settlement with Volkswagen, the Environmental Protection Agency says Fiat Chrysler also used illegal software. 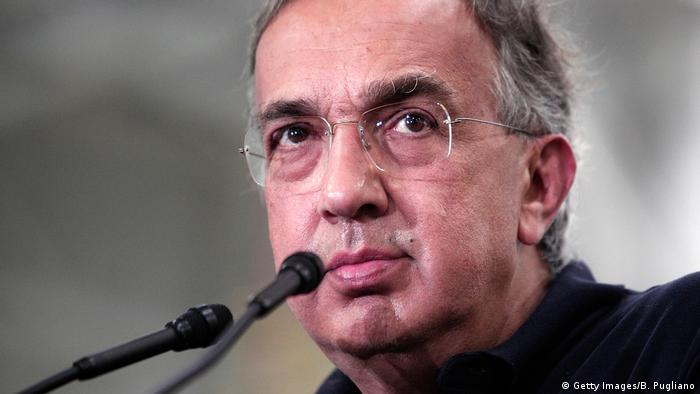 The chairman of Fiat Chrysler says that his company has done nothing illegal and that it was not involved in diesel emissions testing fraud.

Sergio Marchionne said US government accusations of cheating against the Italian-American automaker had been "blown out of proportion." He said it would be "sheer speculation" to predict how the incoming US President-elect Donald Trump's administration would handle the matter.

Fiat Chrysler shares plummeted more than 16 percent in European trading after the Environmental Protection Agency issued a notice of violation for alleged violations of the Clean Air Act. The US regulator said the company had secretly installed software in diesel engines in 2014 to 2016 model year vehicles to circumvent emissions testing.

The charges cover about 104,000 Jeep Grand Cherokee and Ram 1500 trucks, all with 3-liter diesel engines. The EPA said it was working in coordination with the California Air Resources Board (CARB), which also took similar action.

"Failing to disclose software that affects emissions in a vehicle's engine is a serious violation of the law, which can result in harmful pollution in the air we breathe," said Cynthia Giles, EPA assistant administrator for enforcement and compliance.

Cheating software works by detecting when a vehicle is undergoing laboratory testing. It puts the engine into a low-emissions state that produces levels of pollution that are lower than those the same engine emits during normal driving.

The accusation comes one day after German carmaker Volkswagen admitted guilt and agreed to pay $4.3 billion in criminal and civil settlements to the US government over a similar scheme.

"Once again, a major automaker made the business decision to skirt the rules and got caught," CARB chairwoman Mary D. Nichols said. "CARB and the EPA made a commitment to enhanced testing as the Volkswagen case developed, and this is a result of that collaboration."

The EPA said it instituted an expanded testing program in September 2015 to screen for cheating devices on light-duty vehicles. It said it found at least eight undisclosed pieces of emissions-related software during its investigation.

The agency said the vehicle models in question produced increased nitrous oxide emissions. NOx has been linked with a range of serious health effects, including increased asthma attacks and other respiratory illnesses.