Millions of women all over the world have been subjected to female genital mutilation (FGM). A center in Berlin is trying to help women to put the pain and trauma behind them. 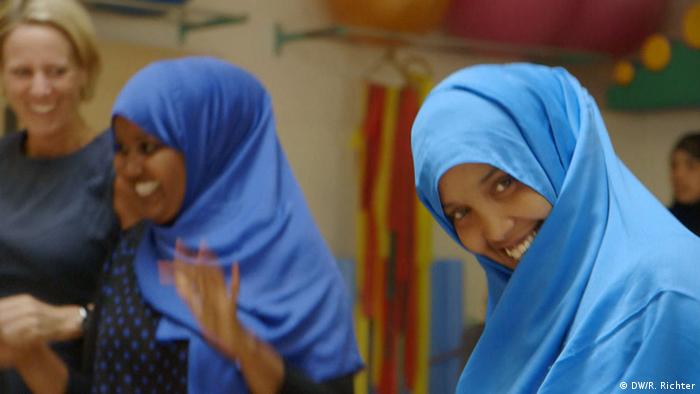 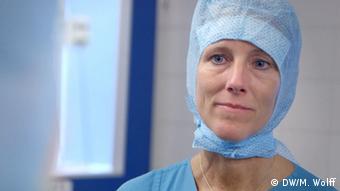 Doctor Cornelia Strunz started working at the Waldfriede Hospital in Berlin in 2013. Already interested in the issue of female genital mutilation (FGM), she founded Europe's first comprehensive center to help affected women - the Desert Flower Center. It provides both medical and psychological treatment for women who have undergone FGM and counsels them in the run up to reconstructive surgery. In Germany, where the center is based, statutory health insurers pay for such operations.


What are the situations for the women that come to you?

Many women have lived in Germany for quite a long time. Some of them also work here, while others are asylum seekers. Some are accompanied by their husbands because they also suffer from the whole situation. They have often heard of us via the internet or from a good friend, or they were made aware of us by their gynecologists and told that we could help them.

It is extremely important to us that the first contact is woman to woman. The first step is to listen to them so they can tell us what they imagine will happen, what their problems are, and also about their worries and fears. I try to approach each case as unique.


What can you do to help the women?

That depends on what the woman wants. If there's a severe medical problem, we can of course offer to operate. But it is also possible that a woman wants to get to know and chat with other women in a similar situation, or have individual one-to-one consultations with me. Another option is to regularly meet with our counselor or a psychotherapist. We can also give them the opportunity to attend a monthly self-help group.


What types of FGM are there? And how does it affect the women?

There are three main types of female genital mutilation, though there are of course sub-types. There's type one, where a part of the clitoris is removed. In type two, the inner labia is also cut and in type three - that we see quite often here at the Desert Flower Center - everything is cut away [and sewn closed] so that only a very small opening is left for menstrual blood and urine to pass through. Most of these women have intense pain when urinating or during their period and sexual intercourse is not possible at all.


What happens if the husband wants to have sex?

Well, if the man wants to have sex and the women, who are sewn closed, don't ask us for help, then it is likely the husband will take a knife to cut open his wife['s vagina] himself. Of course, that is horrific for the woman and sex will not be any fun for her. You can imagine that it is then a horrible, painful act.


How do you feel when you meet these women?

Of course, every story touches me a lot, no matter what exactly the woman has experienced and how severely she has been cut. It affects me very deeply and I take a lot of time for the first talk - about two hours. These talks are highly emotional, as many women talk to me for the very first time about their circumcision; so all the emotions and memories resurface and they start crying - and of course that doesn't leave me cold.


How important is it for a woman to have the chance to have reconstructive surgery?

I have thought about that question a lot, because many women won't know how a woman looks, when they haven't been cut. They have no idea how an unmutilated woman looks and in most cases they haven't looked at themselves. They just haven't learned that it's okay to take a look at that part of their body, to touch themselves there, that you of course also have to wash yourself there - it is an absolute taboo. But when they have severe medical issues, that is usually the point when they come to me.


How effective is reconstructive surgery? Does FGM just become part of their past afterwards?

The women don't usually come to me and say 'I want to have a surgery tomorrow' - it is a rather long process until the women are finally at a stage where they want to undergo surgery. Not every women that comes to a consultation wants reconstruction.

Also, the aftercare is crucial. A woman, who's just out of surgery usually doesn't have any self-esteem - this does not come back "just" by reconstructing the clitoris. A lot of psychological support is needed.


Can women feel sexual pleasure following reconstructive surgery, or even have an orgasm?

Sexual pleasure has nothing to do with reconstructive surgery. Even women who haven't been cut might not feel sexual pleasure or have an orgasm. The women who come to us and undergo surgery often feel mutilated: a part of their body is missing and they want their femininity back. Surgery helps them to reconstruct that part of themselves and gives their body a normal appearance. Anything beyond that - like feeling sexual pleasure again or having orgasms - needs to be addressed through sexual therapy.