Ibtihaj Muhammad made her debut as the first American Olympic athlete competing in a hijab on Monday but her adventure ended with a loss in the second round of women's sabre fencing. 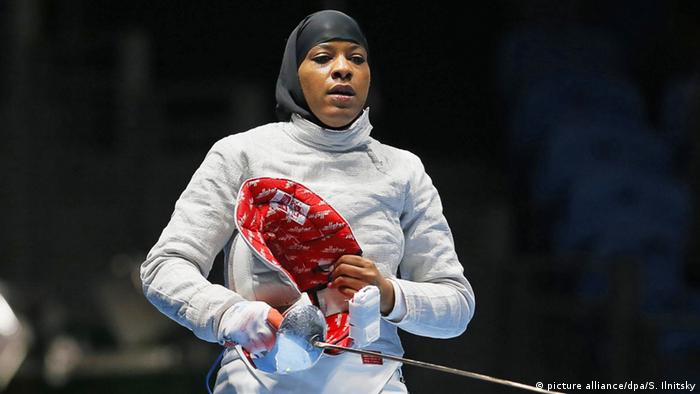 The New Jersey native, who wore a black Muslim head scarf underneath her fencing mask was beaten 15-12 by Cecilia Berder of France in the last 16. Earlier in the day she'd won her first round match 15-13 against Ukraine's Olena Kravatska.

"This has been a beautiful experience for me. I know that this was written for me, the chips fell where they did and I feel proud to represent Team USA even in defeat," she said.

Muhammad has developed a profile far beyond her sport, with her fans including US President Barack Obama and First Lady Michelle Obama, both of whom have cited her as a symbol of America's diversity of cultures and religions.

"You just kind of become frustrated with yourself," she said. "I always say that in a sport like fencing, you're your own biggest opponent. If you can control yourself and your nerves and your emotions, and execute the actions that you want, you'll always be successful. And I failed to do that today."

Kosovo only earned its independence from Serbia in 2008 and full recognition by the IOC in 2014. Kelmendi had previously competed for Albania in Olympic competitions, but she is now a medallist for Kosovo. (07.08.2016)