Feared Hamburg drowning turns out to be energetic seal

Several boats, a helicopter and police divers were deployed to the northern German city after reports of a person drowning in the Elbe River. The apparent victim was, however, a seal, happily splashing in the water. 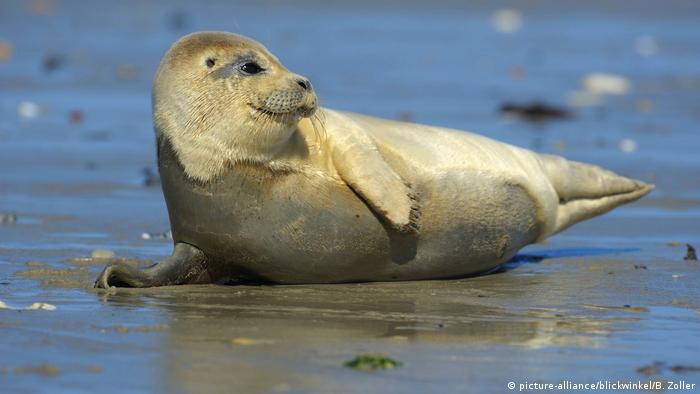 A rescue operation was triggered in the northern German city of Hamburg on Sunday after a jogger spotted what he thought was a drowning person.

The local fire department deployed several boats, a helicopter and a diving team to the cool waters of the Elbe River. An ambulance and the police were also at the scene.

But they were unable to find any trace of the struggling swimmer, following the reports of someone struggling to swim near the Teufelsbrück (Devil's bridge) jetty.

The jogger who had left the scene was asked to return to pinpoint exactly where he had spotted the flailing person. But no human could be found.

Instead, rescuers found a seal happily splashing around in the water.

The mammal appeared repeatedly and seemed to be watching the rescue operation unfold, the Hamburg Morgenpost reported.

Sunday's incident wasn't the first time that seals were spotted in the northern port city this year.

Several other sightings have taken place on the shores of the Elbe, which one local animal shelter explained was often due to pup seals getting separated from their mothers.

The Hochmoselbrücke or "High Mosel Bridge" has opened to traffic. The controversial structure brings a road project connecting Germany to Benelux a step closer to completion. (21.11.2019)