Lawyers representing the family of slain Black man Andrew Brown Jr. have accused police of carrying out an "execution." 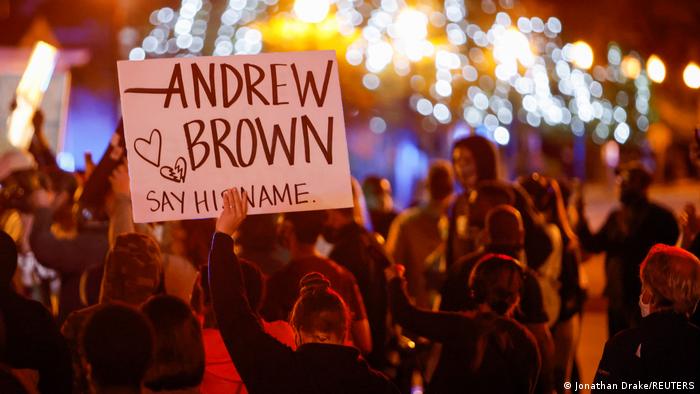 Law enforcement officers fatally shot Brown on Wednesday in Elizabeth City, North Carolina. They came to his home to serve arrest and search warrants stemming from a felony drug charge.

Lawyers for Brown's family told a press conference on Tuesday that an independent autopsy revealed that the 42-year-old was shot four times to his right arm and was ultimately killed by a "fatal gunshot" to the back of his head.

They said the family had been shown 20 seconds of body-camera video, which appeared to show a man with his hands on the steering wheel of his car before police opened fire. They weren't shown the whole clip.

Pasquotank County Sheriff Tommy S. Wooten urged the public not to rush to judgment: "This tragic incident was quick and over in less than 30 seconds, and body cameras are shaky and sometimes hard to decipher."

County officials also addressed the use of the word "execution," saying it was "unproven hyperbole that only inflames the community and — should this matter ever go to court — could bias potential jurors and perhaps interfere with a fair trial for anyone involved."

FBI is investigating the shooting

The FBI's Charlotte field office said it is looking into the shooting, a development welcomed by Brown's family.

"We have great faith that this caliber of an investigation will prevent any obscuring of the facts released to the Brown family and public, and will overcome any local bias that may prevent justice from being served," attorneys Ben Crump, Bakari Sellers, Harry Daniels and Chantel Cherry-Lassiter said in a statement. 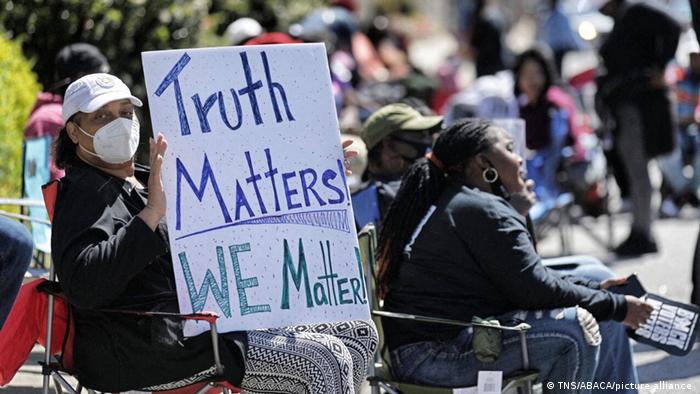 Demonstrators remain on the streets after curfew

The FBI investigation and autopsy results have spurred protests in Elizabeth City, with demonstrators accusing the authorities of a lack of transparency.

"We're usually a kind of quiet town and we're just sometimes playing stuff by ear because we've just never had something like this before," Mayor Bettie Parker said of the curfew. "We've got to do some healing here because people are hurt."

As police told the crowd to disperse, protesters responded to the PA announcement by shouting, "No justice, no peace!"

Brown's killing came a day after a guilty verdict in the trial of white ex-police officer Derek Chauvin for the murder of unarmed Black man George Floyd.

Floyd's killing in Minnesota led to mass protests in the US against racism and police violence. According to a database of the Washington Post, 243 Black people were shot by police in the US last year alone.