Gazans are holding their breath. For seven years, residents have been hoping for reconciliation between Fatah and Hamas. The new interim government faces high expectations for fixing things in the Palestinian enclave. 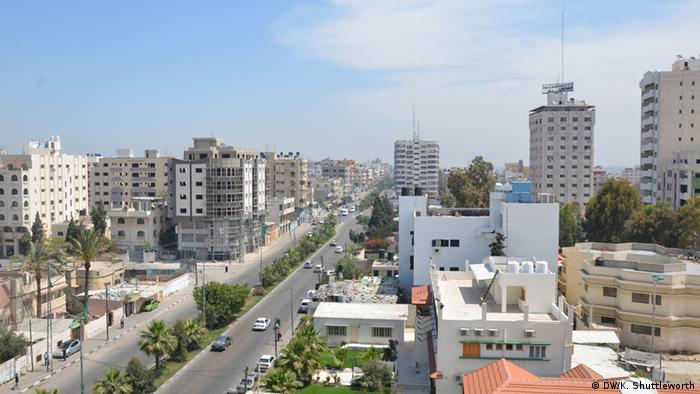 Once banned newspapers from the West Bank and East Jerusalem are back on news stands on Omar Al Muhktar Boulevard, a main shopping street in Gaza City. Seven years after Hamas violently secured power in the Gaza Strip, the government is permitting the sale of pro-Fatah papers - a first step on a long path to reconciliation between the two rival Palestinian parties.

It's been five weeks since the two groups signed a reconciliation agreement in Gaza. Now most local residents are eager for news on the formation of the new interim government. "Inshallah" (God willing, it will happen) is heard frequently around town these days. However, many Gazans are also worried about whether the government can address their pressing everyday concerns alongside tackling the thorny reconciliation process.

Rania El Loh has met often in recent weeks with former colleagues. Until 2007, the trained psychologist was an employee with the Palestinian Authority's Ministry of Social Affairs.

"For seven years, I've been sitting at home, and it was really difficult - not just for me, but for all of us," the mother of two says. She hopes this time the reconciliation deal between Fatah and Hamas will work out, unlike two previous attempts in years past.

She is one of an estimated 50,000 former employees of the Palestinian Authority who were sent home after Hamas took power in 2007. That move by the Fatah-dominated administration in Ramallah was aimed at preventing employees from working under a de facto Hamas government.

Rania El Loh still received her salary, but she also has taken on other jobs in the meantime in order to keep up her skills. She views returning to her old employer as her national duty, saying, "It should be in the interest of the public to have a vision for going back to work, as we need to provide services for the citizens." 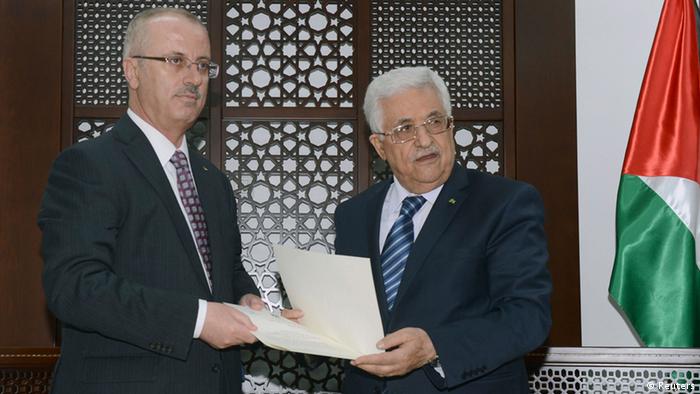 Reconciliation between Hamas and Fatah means bringing together two completely different administrations that have emerged in the West Bank and the Gaza Strip.

"For almost seven years now, we had two systems, one in Gaza, dominated by Hamas, and one in the West Bank, dominated by Fatah," says Mukhaimer Abu Saada, a political scientist at Gaza's Al-Azhar University.

Under current proposals, merging certain ministries will be costly because each administration is bringing their own employees, says Abu Saada. While the Palestinian Authority ordered its employees to stay home, the Hamas-led government replaced those vacant posts with new civil servants.

The process is sure to amount to a additional burden for an already financially strapped Palestinian Authority. Hopes remain that the international community will endorse the deal with financial aid. For now, Arab states like Qatar have promised to do so.

However, increasing confidence can be detected among officials at the Fatah offices in Gaza City. Fatah, which lost the elections in 2006 and had to retreat from power in the coastal area after the violent takeover by Hamas in 2007, is showing optimism on the reconciliation process.

"It would be wrong to think that anything can be built on top of division," says Faisal Abou Shahla, a Fatah leader in Gaza, adding that the new government will not include two separate ministries for handling the same responsibilities.

What remains unclear is how much power each faction will be willing to cede in the coming weeks and months. The new interim government is intended to work in an independent fashion toward preparing for long overdue parliamentary and presidential elections. Simultaneously, Palestinians expect it to deal with the pressing needs of citizens in the West Bank and the Gaza Strip. 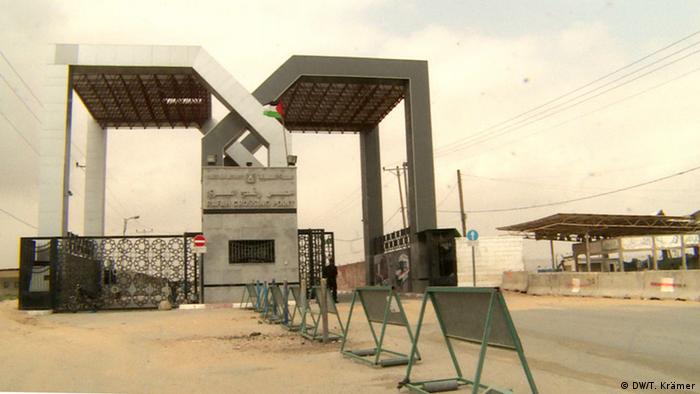 The border crossing between Rafah and Egypt is frequently closed, to Gazans dismay

"The question will be how to give the people on the ground a sense of improvement. Otherwise, it will lead to failure and disappointment," says Bassem Naim, a Hamas leader in Gaza. "We are talking about borders that have been closed for seven years - about a crossing in Rafah that is almost always closed, as well as 45 percent unemployment and 80 percent poverty."

It's a difficult environment, and Palestinians are divided when it comes to placing blame for the problems. Some say the responsibility goes to Fatah for having neglected the Gaza Strip, while others say the failure lies with Hamas for not improving the situation while holding a tight grip on the coastal enclave over the past seven years.

Hopes at the border

Gazans would especially like to see a more regular opening of the Rafah border crossing with Egypt. Once again this weekend, the sole entry and exit point for most of the 1.7 million inhabitants of the Strip was ghostly empty, save for a few security guards

Since the fall of the Morsi government, Egypt's officials have opened the crossing only a few days per months, and mostly for Muslim pilgrims.

"I really hope that (President Mahmoud Abbas) can do something about it. It is unbelievable. I have never seen a crossing anywhere else that is always closed," said traveler Mohammed, who hopes the reconciliation process can also have some impact at Rafah.

Israeli PM Benjamin Netanyahu has called on world leaders not to recognize a planned Palestinian unity government. The Palestinian president has said Israel is threatening a boycott if the government is formed. (01.06.2014)

A team of artists, designers and data architects strive to create fact-based infographics describing the issues Palestinians face in their daily lives. Visualizing Palestine's graphics won one of DW's The Bobs awards. (01.06.2014)

The reconciliation deal between rival Palestinian factions Fatah and Hamas could be successful this time either out of Hamas' sheer economic desperation, or from mounting pressure from the struggling people of Gaza. (11.05.2014)