Fat profits behind steady rise in fake drugs worldwide | Europe | News and current affairs from around the continent | DW | 30.09.2013

The global trade with counterfeit drugs is booming - it's an extremely lucrative business with potentially lethal side effects. Cross-border cooperation is trying to curb the deadly trade. 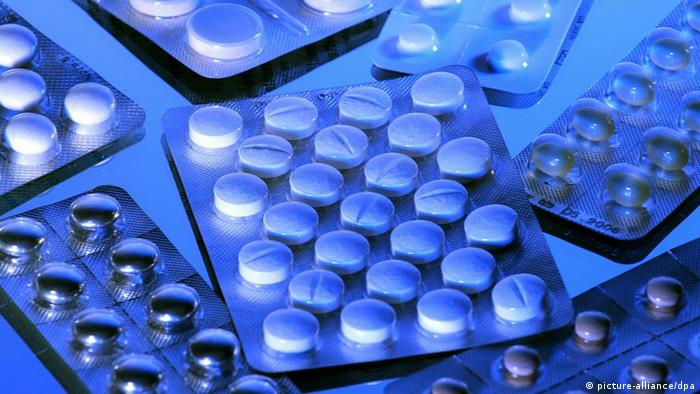 The counterfeiters are unscrupulous: Painkillers are made of charcoal, appetite suppressants contain poisonous arsenic and what's sold to treat impotence is in fact nothing but water.

Each year, international crime syndicates make billions with the selling of counterfeit drugs. The products are sold over the internet or under the counter. In the best-case scenario, they are simply not effective, sometimes they are even deadly. Estimates suggest that in Africa alone, some 700,000 people die each year as victims of counterfeit malaria or tuberculosis drugs. 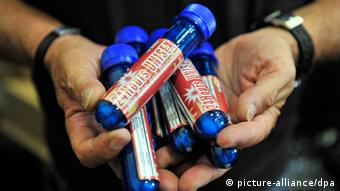 Uneffective at best, possibly lethal - fake drugs are on the rise

The trade with fake drugs is booming around the globe, including in Germany. "Each year, the numbers are going up," says Ruth Haliti of the Cologne customs authorities. In the first six months of 2013, customs secured 1.4 million counterfeit pills, powders and ampoules - around 15 percent more than in the same period in 2012.

For Haliti there is no question that this is just the tip of the iceberg. "The real numbers are significantly higher."

Many of the counterfeit drugs come from East Asian countries. Germany's Frankfurt airport is a hub for getting the goods into Europe. Each year, some 90 tons of airfreight are being checked.

They first check shape and appearance of shippings. "It can be a special packaging or a suspicious sender," explains Haliti. Should they find suspicious content in the letters or parcels, they are sent to a lab where they can be analyzed mroe thoroughly. 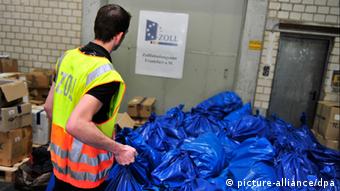 It's not small-time crooks trying to make a dime by faking pills and potions. Counterfeit medicine is big business on a truly global scale. "It's the kind of organized crime that we normally only know from illegal drugs, narcotics," says Haliti.

The reason is obvious. There's a lot of money in it, a lot more than in narcotics. Ruth Haliti explains how the profit margin for a counterfeit drug like Viagra can be as high as 25,000 percent - 10 times as high as the margin for fake cocaine.

In order to crack the global networks of counterfeiters, authorities are cooperating across borders. In mid- 2013 they joined forces to scan international shipments for an entire week in order to track down counterfeit drugs. Police found almost 10 million suspicious drugs shippings and some 200 people got arrested.

The European Union is also actively pursuing fake drug makers and, in 2010, launched a new guideline stipulating that by 2017 all packaging of medication will have to have a security code. This way each and every box will can be identified and traced back to the producer. The plan is to work with pharmacies including official online pharmacies like DocMorris. 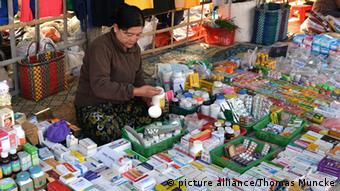 Asians and Africans are most likely to be given counterfeit drugs

The business done on shady websites will hardly be affected by this -sadly, that's where most of the money is made. The World Health Organization (WHO) estimates that every other drug sold online is counterfeit.

Especially at risk are patients in the developing world where the drugs market is barely regulated. "There's no structure as we have it here - with laws on drugs and pharmacies," says Joachim Odenbach of Germany's pharmaceutical industry. Especially people with little money suffer, as they depend on getting even vital drugs through channels other than the official pharmacies.

Malaria drugs, heart or blood pressure medication, even HIV treatment can be bought through illegal channels. Very often, it's not the real drug, but a counterfeit.

The products are often put together under catastrophically poor hygiene standards says Odenbach. Counterfeiters care little for their products and lab samples have even shown up ingredients like rat excrement.

The kinds of consequences this can have are illustrated by the case of Niger. According to WHO estimates, in the mid-1990s some 2,500 people died after getting counterfeit vaccine shots against Meningitis.

Art forgery in Russia is spiraling out of control with experts warning that alleged works by avant-garde masters more often are fake than real. Experts are few and far between and are fighting an uphill battle for truth. (25.07.2013)

The EU is chasing cigarette smuggling gangs, whose activities deprive member states of 10 billion euros a year. Now the EU Commission wants to lay dry the source of smuggling. Its focus is on big tobacco - and Russia. (05.06.2013)

How to doctor your doctorate in Iran

In Iran, your PhD is just a mouse click away – at least that's what all the Internet ads promise. Plagiarism is so yesterday; in the Internet Age, the magic word is 'ghostwriter.' (19.05.2013)