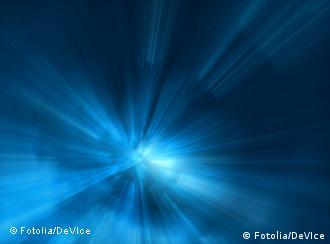 Physicists believe nothing can travel faster than light

The team of European physicists that claimed to have measured a faster-than-light particle in September says new tests have confirmed the results of its first experiment.

In a result that could have a profound impact on the physics world, scientists from the Oscillation Project with Emulsion-tracking Apparatus (OPERA) claimed to have detected neutrinos moving faster than the normally accepted speed of light.

Neutrinos, fundamental sub-atomic particles that remain a mystery for particle physicists, were created and fired from a particle accelerator at CERN, outside Geneva, to a detector at the Gran Sasso laboratory in Italy, 723 kilometers (450 miles) away. 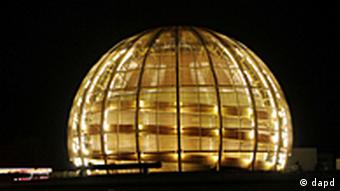 The experiment fired neutrinos from CERN, in Switzerland, to another lab in Italy

But even with this new confirmation, the physicists themselves are not quite ready to fully accept these results.

"Despite the large significance of the measurement reported here and the stability of the analysis, the potentially great impact of the result motivates the continuation of our studies in order to investigate possible still unknown systematic effects that could explain the observed anomaly," they wrote in the conclusion of the paper, which was published on the website ArXiv.org shortly before midnight, Thursday evening, Greenwich Mean Time. "We deliberately do not attempt any theoretical or phenomenological interpretation of the results."

According to Nature, a highly-respected scientific journal, many OPERA team members who initially declined to sign their names to the paper have now come on board. That includes Caren Hagner, a professor of physics at the University of Hamburg, who had been one of the most skeptical members of the group.

"There can be an error in the measure of distance, or the measurement of time, or - because we use statistical methods to disentangle, to measure the time of flight of the neutrinos - it could also result in some nasty statistical effects," she told Deutsche Welle in September.

After the new experiment improved precision and augmented the statistical analysis, Hagner told Nature that she has "much more confidence" in the new results. 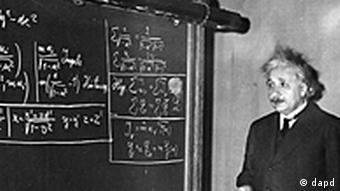 Physicists are hesitant to upend Einstein's theory, which says nothing is faster than light

"A measurement so delicate and carrying a profound implication on physics requires an extraordinary level of scrutiny,” Fernando Ferroni, president of Italian Institute for Nuclear Physics, said in statement published on Friday.

Results from American comparative study to come in 2012

Still, physicists worldwide generally agree that the real test will come once CERN's counterpart in the United States, Fermilab, conducts a similar experiment on its apparatus outside Chicago, known as MINOS.

"OPERA's observation of a similar time delay with a different beam structure only indicates no problem with the batch structure of the beam; it doesn't help to understand whether there is a systematic delay which has been overlooked," MINOS co-spokesperson Jenny Thomas said in an interview with Agence France Presse.

MINOS representatives added that they may have preliminary results to compare to the OPERA experiment by early next year.

A new Denmark-based study on galaxy clusters provides more evidence for Einstein's general theory of relativity – which would mean that mysterious 'dark energy' probably does exist, although this has yet to be proven. (29.09.2011)

Scientists are shocked at the announcement of superluminal neutrinos. If true, the result would upend one of the cornerstones of physics – Einstein's theory of relativity. (23.09.2011)

After three years of testing, physicists say that they have recorded neutrinos breaking what was believed to be the fastest speed possible. If confirmed, the results would significantly contradict Einstein's theories. (22.09.2011)