French composer Pierre Boulez has passed away at the age of 90. He not only pioneered computer-based composition and championed new music, he also made sure audiences understood avant-garde sounds. 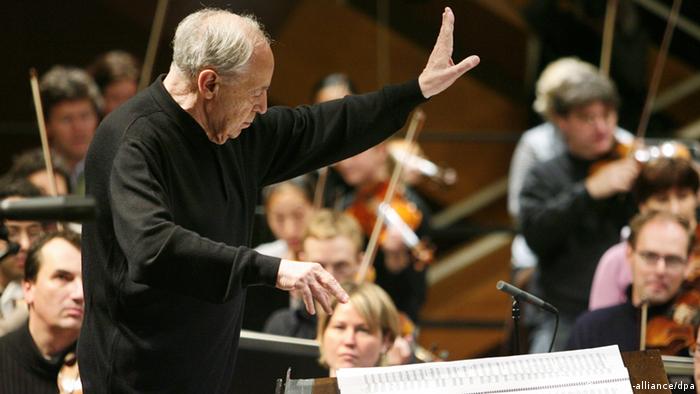 Pierre Boulez died Wednesday, January 6, in the German town of Baden-Baden where he lived, his office in Paris confirmed. He will be remembered not only as a composer and performer, but also an innovative promoter of new music.

"If he worked for Apple today, he would be called an evangelist," Andrew Gerzso describes Pierre Boulez. "He's always been an evangelist for new music."

Since 1977, Gerzso has worked at IRCAM, the Paris-based electronic music research institute Boulez founded in the early 1970s, and collaborated with the composer on numerous musical endeavors and seminars.

Boulez's musical evangelism took many forms over the years, from the informal "rug concerts" he organized during his tenure as principal conductor of the New York Philharmonic to performing atonal music by Anton Webern and presenting jarring sounds by Igor Stravinsky to school children.

"When you are young, you want to renovate the world. But I think constantly protesting the establishment is sterile, and I don't like sterility," Boulez told DW in a 2003 interview. "What I did was to enter the institutions and try to bring about innovation and more direct communication between the music and the audience of our time, in order to allow those who want to find out more about the music the chance to do so."

With his penchant for innovation, Boulez recognized that the music world was, to some extent, voluntarily bound by tradition. "I once said that the most elegant solution to the problem of opera was to blow up the opera houses, and I still think that is true," said Boulez famously in 1990. "Before all others, opera is the area where things have stood still."

Yet Pierre Boulez never lost sight of the historical foundation on which every piece of music inevitably rests and was even celebrated at Germany's arguably most traditional musical institution, the Bayreuth Festival, where he, among other appearances, conducted Richard Wagner's "Ring" cycle in five consecutive years from 1976. 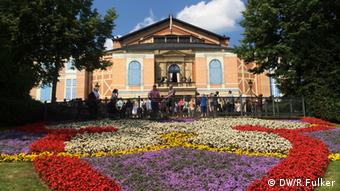 Boulez had close ties to Bayreuth

In his quest for the undiscovered sound, Boulez was criticized for taking an overly intellectual approach. But Gerzso, who collaborated with him on four major musical works, said in a DW interview prior to the composer's death that this perception isn't quite true: "He has a reputation for being rather theoretical, but if you get to know him and work with him, you find that he has a capacity for linking pragmatism with a well thought-out project."

The tie between heart and brain characterizes Boulez's music. "I claim the right for music to have many levels of perception," he told DW in 2003. "Works […] that take time to solve are the works that remain in your memory for a long time."

Born in Montbrison, France, on March 26, 1925, Boulez studied mathematics before enrolling in music studies at the Paris Conservatory, where he trained under contemporary greats like composer Olivier Messiaen. He graduated in 1945; World War II was just ending in Europe, and the entire continent was casting off the past and urgently searching for renewal.

Boulez's conducting career - which earned him more than two dozen Grammys over the years - began in 1958 in Germany with the Southwest German Radio Symphony Orchestra Baden-Baden. In 1966, he debuted at the Bayreuth Festival with Wagner's "Parsifal."

Between 1969 and 1977, composing would take a backseat to conducting. Boulez held positions with the Cleveland Orchestra (1969-1972), the BBC Symphony Orchestra (1971-1975) and the New York Philharmonic (1971-1977), where he succeeded Leonard Bernstein. Later, he would also serve as principal conductor of the Chicago Symphony Orchestra.

In the late 60s and early 70s, these posts abroad were opportune for Boulez, who found himself at odds with the French government for what he saw as its interference in the arts. The voluntary exile lasted until he was asked by then-President Georges Pompidou to direct a new publically-funded music research institute known as IRCAM.

"The vision Boulez had [for IRCAM] had come from a rather concrete necessity," Gerzso, who is now director of pedagogy and cultural outreach at IRCAM, told DW. With electronics increasingly playing a role in contemporary composition at that time, "There needed to be a place where engineers and musicians could work together to create new technologies for music."

Boulez ran the institute from 1977-1992. The early years were spent equipping young composers for a brand new job. "A new profession was emerging. Today we call it the computer musician, who serves as a link between the scientific and artistic communities," explains Gerzso, himself one of the first computer musicians. 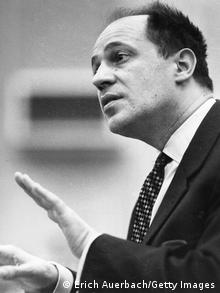 Even as a conductor, Boulez also focused on new music

"Any musician who has not experienced - I do not say understood, but truly experienced - the necessity of dodecaphonic music is useless, for his whole work is irrelevant to the needs of his epoch," Boulez is often quoted in reference to twelve-tone music. Instead of using modes like major and minor, dodecaphony takes a systematic approach, using all twelve notes in the chromatic scale in a series or row, presented first and then repeated and varied.

'He was always on the move'

In his compositions, Boulez pioneered a form of 12-tone music known as integral serialism, along with post-war European contemporaries like Karlheinz Stockhausen and Luigi Nono. With integral serialism, patterns are developed not only for the pitch, but also for parameters like duration and dynamics.

A prime example of integral serialism is "Le marteau sans maitre" from 1955, written for contralto and an exotic six-piece ensemble comprised of alto flute, guitar, viola, xylorimba, vibraphone and percussion. Inspired by the surrealist poems of René Char, the nine-movement piece is considered one of Boulez's greatest works.

His three piano sonatas; "Le visage nuptial" for soloists, chorus and orchestra; "Rituel" for orchestra; and "Notations" (for piano in 1945, revised for orchestra in 1978 and 1999) are also counted among his most memorable works.

Because of his extensive career as a conductor, teacher and writer about music, Boulez was not a terribly prolific composer. Viewing his pieces as works in progress, he spent a great deal of time revising them.

"We worked on 'Répons' from 1980 to 2005, and every time we came back to it, he always had a new twist on it," recalls Andrew Gerzso of the work for two pianos, harp, vibraphone, glockenspiel, cimbalom, orchestra and electronics, which had its official premiere in 1984. "He was always on the move."

While Europe's opera houses - some admittedly quite stale - have not yet been blown to bits, Pierre Boulez left an indelible mark on music history, pioneering post-tonal music and the profession of the computer musician. Even more importantly, he used every avenue possible to make sure music - no matter how avant-garde - remains accessible to audiences.

The well-known composer and conductor died in Germany, aged 90. His family, his office and the Paris Philharmonic confirmed his death. (06.01.2016)

The Austrian pianist is considered one of the 20th century's greats. Even after the end of his concert career, the old master still makes ears perk. Happy 85th birthday, Alfred Brendel. (05.01.2016)

2015 was a rollercoaster of emotions, a turbulent year with many highlights, controversial debates and farewells. These are the artists who moved us with their books, movies, art or music. (30.12.2015)