Austria’s far right has lost power in the state of Carinthia according to projections from elections. In the other state being contested, Lower Austria, the ruling center-right People's Party retained a majority. 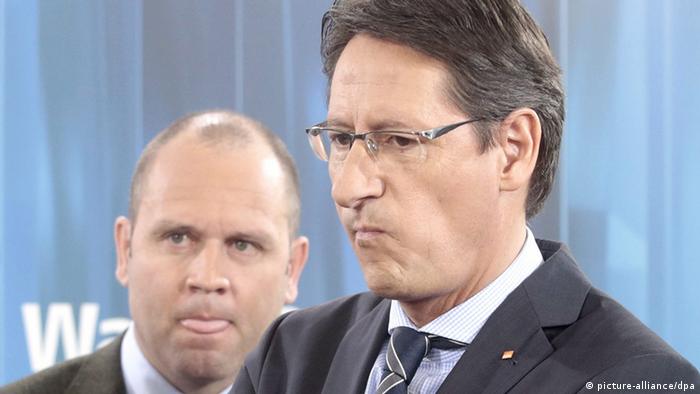 The nationalist Freedom Party (FPK), led by Kurt Scheuch (pictured left) saw its voter share in Carinthia more than halved to around 20 percent according to television projections on Sunday, from 44.9 percent at the last election in 2009.

The center-left Social Democrats (SPÖ), which is in power nationally, looked set to take control of the state for the first time since 1999. It garnered the highest share of the vote, 37.1 percent.

Carinthia was the stronghold of former Freedom Party leader Jörg Haider. The party splintered and in 2005 Haider founded the BZÖ, which roughly translates as the Alliance for the Future of Austria, as a more moderate alternative.

Haider died in a drink-driving accident in 2008 and a string of damaging corruption cases have eroded the far right's image. In Sunday's election, the BZÖ, led by Josef Bucher (pictured right) gained just 6.1 percent.

Elections were also held on Sunday in Lower Austria, where the SPÖ's coalition partners, the centre-right People's Party (ÖVP), had a strong showing. The party held on to its absolute majority with 51 percent of the vote, projections showed.

One danger that Pröll had faced in achieving a coalition was the impact of Austria's new anti-establishment populist, Frank Stronach.

The 80-year-old billionaire, who made his fortune founding and running the auto parts company Magna, heads the new euroskeptic "Team Stronach" party. He campaigned on a heavy criticism of the common currency, saying he was standing for values like transparency and honesty, and claiming that these were lacking among the mainstream political parties.