Relatives of people killed in the Germanwings crash have filed a suit against a US fly school that provided training to the suicidal pilot. Their lawyers claim that the school failed to recognize the pilot's depression. 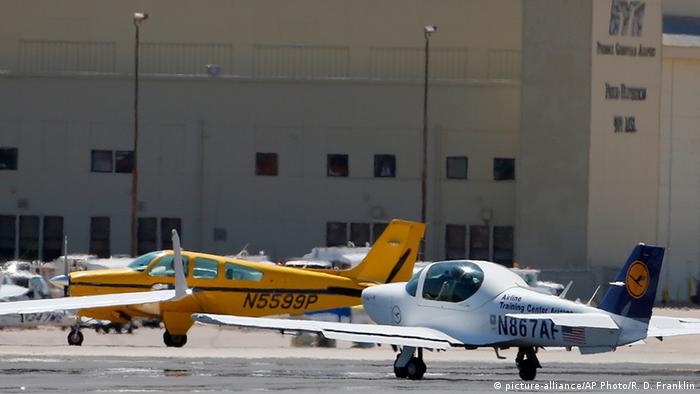 A New-York based law firm filed the suit in Arizona on behalf of some 80 family members on Wednesday.

The move comes over a year after Germanwings co-pilot Andreas Lubitz locked his captain out of the cockpit and put the passenger plane into a nosedive, crashing it in the French Alps and killing himself and 149 other people on board. Lubitz, who was 27 at the time, struggled with depression for most of his life.

In 2008, Lubitz suspended his training with German flag carrier Lufthansa to seek treatment. He returned after almost ten months, and traveled to the US in 2010 for additional courses.

Lubitz received several months of flight training in the Airline Training Center of Arizona (ATCA), which is owned by Lufthansa. He than returned to Europe and ultimately earned the rank of co-pilot in 2014.

On Wednesday, attorneys for the victims' families accused ATCA of acting "not just negligent, but also careless, and even reckless" and "failing to apply its own well-advertised 'stringent' standards to discover the history of Lubitz's severe mental illness," which would prevent him from admission.

The then-student had a medical clearance to enter the school. According to the lawsuit, however, the documents also contained a note that would cancel out the clearance if Lubitz's depression returned.

The school needed to investigate the issue, the attorneys claim.

"Andreas Lubitz, the suicidal pilot, should never have been allowed to enter," the Lufthansa owned-school, lawyer Brian Alexander said.

Relatives of Germanwings crash victims have repeatedly clashed with the carrier's parent company, Lufthansa, on the issue of damages.

Damages in such cases are typically higher in the US than in Germany.