More than 20 people have been killed after a boiler exploded at a factory near the Bangladeshi capital. The accident is one of a long list of similar incidents, which include the Rana Plaza building collapse in 2013. 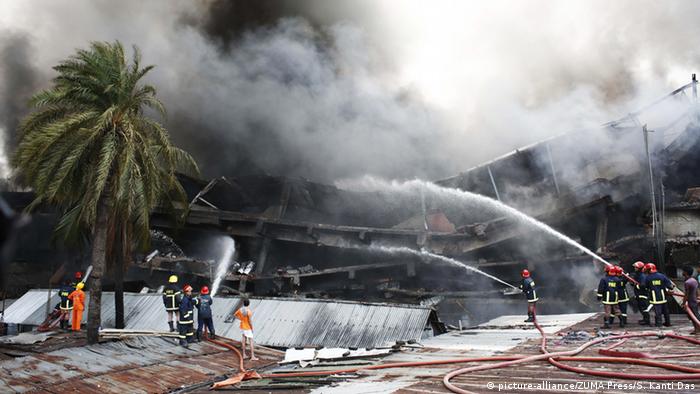 At least 22 people were killed after a boiler exploded at a factory in the Tongi BSCIC industrial area of Gazipur, near the Bangladeshi capital of Dhaka early on Saturday.

A further 16 people were injured in the ensuing fire, although local TV reports indicated that both the death toll and the number of people injured could be higher.

The Superintendent of Gazipur police, Harun-ur Rashid confirmed the death toll in the incident, the biggest industrial disaster since 2013 when the Rana Plaza building collapsed.

The accident occurred at the five-story factory for Tampaco Foils Ltd., which, according to its website, provides packaging materials for food and drink products for companies including Swiss global foods giant Nestle.

A large number of workers were in the plant at the time, as the night shift was handing over to the early morning shift. The plant runs three, eight-hour shifts each day.

Factory conditions in Bangladesh have long been under scrutiny, even before the unprecedented disaster in Rana Plaza in 2013 brought them back into the international spotlight.

The Rana Plaza complex collapse killed 1,129 people and injured some 2,500. At that time, although cracks had been noticed throughout the building in the days leading up tragedy, building owners and managers obliged workers to continue the operation, causing the structure to cave in during morning rush hour. A total of 42 people were charged with murder following the incident. 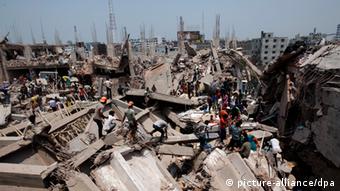 Some of the Western retail chains supplied by the garment factory in Rana Plaza included Benetton, Mango, Primark and Wal-Mart.

Despite the initial international outcry, however, global clothing giants have continued to employ laborers in Bangladesh in what have been described as "deplorable" conditions, according to a 2015 Human Rights Watch report.

While the report recognized the role of the garment industry in slowly raising the standard of living in the country, it concluded that it came "at the cost of lives and the suffering of garment workers struggling for a better future."

In May of this year, the New York Times joined a chorus of media organizations criticizing global clothing giants, including H&M and Wal-Mart. It cited a report by the Asia Floor Wage Alliance that took the retailers to task not only for safety violations, but for miniscule pay and sexual harassment.

A court in Bangladesh has ordered the arrest of 24 people charged in the Rana Plaza collapse who failed to turn up in court. More than 1,100 people died in the tragedy and a total of 41 have been charged with murder. (21.12.2015)

A film depicting Bangladesh's 2013 Rana Plaza disaster has been banned by the high court. Justices ruled the film would "negatively portray" the nation's $25 billion garment industry. (24.08.2015)