Fact check: How one man was wrongly accused in Kongsberg attack | Europe | News and current affairs from around the continent | DW | 16.10.2021

Fact check: How one man was wrongly accused in Kongsberg attack 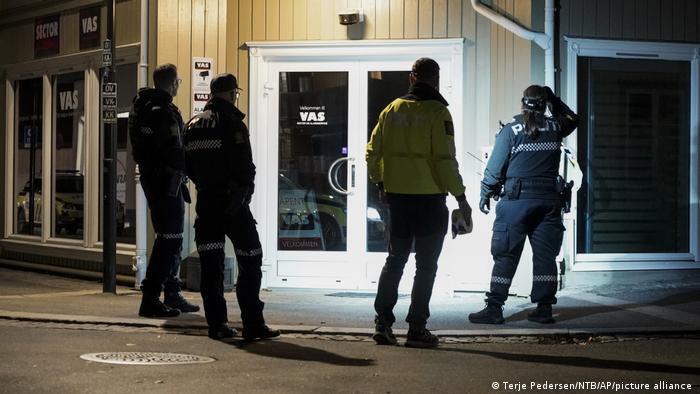 Whenever an act of terrorism or mass murder takes place, there is a race on social media to be the first to publish information about both attack and attacker. However, these initial reports are often mere speculation. They may also be completely false.

This is what happened following the recent attack in the Norwegian town of Kongsberg. When a man armed with a bow and arrow shot and killed five people and injured three more, soon afterward the name of "Rainer Winklarson" was already doing the rounds on Twitter. This, it was alleged, was the Kongsberg attacker.

But that is not a real name. And our fact checkers have confirmed that the photos in the tweets are not of the attacker. Initial statements from the Norwegian police reported that the prime suspect was a 37-year-old Dane who had converted to Islam and whose radical tendencies had already brought him to the attention of the police. Regional police chief Ole Bredrup Saeverud confirmed that the suspect had been arrested.

"Rainer Winklarson," the supposed attacker, was said to have announced his intention to kill on his YouTube channel several days earlier, and "had even demonstrated his shooting skills," according to a widely shared tweet (in German) posted three hours after the attack, at 21:28 CET (19:28 UTC) on Wednesday evening — one of the first to spread this misinformation. 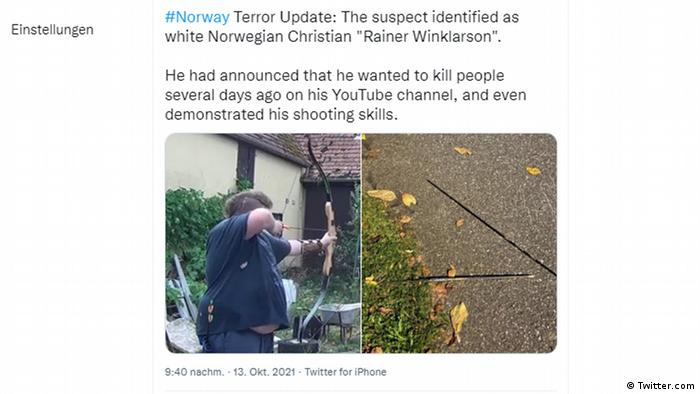 Others took up the name and made "Rainer Winklarson" a "white Norwegian Christian," while others claimed to have found "new private photos of the #Kongsberg attacker."

Worse still, many international media outlets picked up on these speculative tweets and reported about the alleged attacker "Rainer Winklarson." These included the respected Italian newspaper Corriere della Sera, France's Sud Ouest paper and The Toc media in Greece. Some also published photos of the alleged attacker, which were actually of someone else altogether.

DW was able to identify the man in the photographs as a German YouTuber who goes by the name of Drachen Lord (Dragon Lord) and has more than 150,000 followers. His real name is Rainer Winkler, and he has been the subject of an ongoing campaign of harassment for several years. He is regularly targeted with hate messages, both in the real world and online, and in 2018 as many as 800 "haters" gathered to "storm" his house. The police had to intervene.

Internet users have even dubbed this bullying of Winkler "the Dragon Game." "Norwegianizing" his surname to "Winklarson" and linking him to the attack in Kongsberg is just the latest example of trolling of the YouTuber, who lives in a small village in northern Bavaria.

Falsely accused of other attacks

A reverse image search of the photo of "Rainer Winklarson" — the alleged attacker — leads back to a profile picture of Winkler that has already been used for countless memes. Some of the photos in the tweets show a man practicing archery in a yard.

By comparing these with videos from Winkler's YouTube account, DW was able to verify that the garage doors and target visible in both are identical. The date on an archived blog post with a link to the video indicates that it was probably filmed in 2020. Furthermore, the archer in the photo has a distinctive scar on the back of his head. Winkler can be seen to have the same scar in some of his videos. 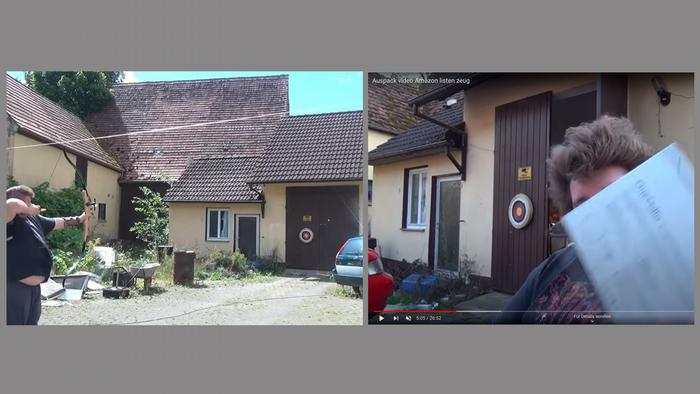 The photos in the tweets are therefore clearly of Winkler. DW has contacted him and asked him to comment, but has not as yet received a response.

Strange though this story may seem, it's not that much of a surprise. As the victim of repeated false reports and online hatred, Winkler has become a sort of "permanent suspect." The YouTuber has already been falsely accused of involvement in other attacks. In 2016 he was presented as the perpetrator in a fatal shooting in Munich; the Russian TV channel REN TV picked up on a tweet, and broadcast Winkler's photo. Their report turned him into an "18-year-old German of Iranian descent." And in 2019, the Turkish channel 24TV fingered him as the suspect in an attack in Utrecht.

Allegations of his involvement in the Kongsberg attack are just the latest in a series of fake news and false reports about this Bavarian YouTuber and can be seen as an illustration of how trolls are able to successfully influence and manipulate journalistic reports.

Reliou Koubakin and Ilia Koval also contributed to this article, which has been translated from German