Fact check: Does climate protection stifle economic growth? | News and current affairs from Germany and around the world | DW | 02.07.2021

A popularly held belief maintains that climate protection measures are costly and damage the economy. On the other hand, economic loss caused by climate change runs into billions of dollars. DW looks at the facts. 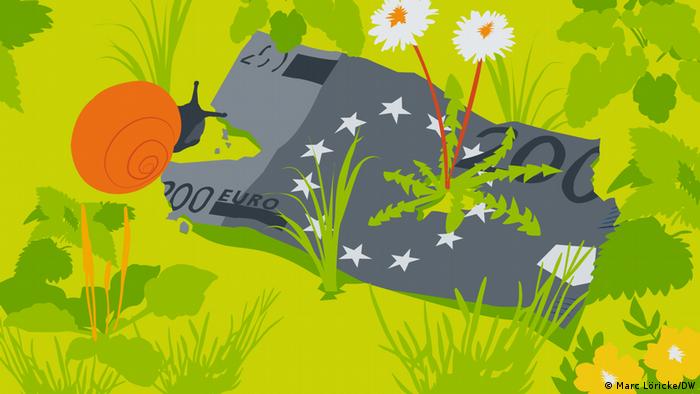 "It's the economy, stupid." That phrase was coined by James Carville, a political strategist for former US President Bill Clinton in the successful presidential campaign against George Bush Sr.

These days, any political adviser worth their mettle would make sure their candidates spout off "It's the environment, stupid" as an election slogan at every opportunity.

The question is whether the two are mutually exclusive — or whether economic growth and climate protection are two sides of the same coin.

The first major environmental protection rules hark back to the 1970s. Since then, a debate has raged about their potentially damaging impact on economic growth and competitiveness. One train of thought says countries that adhere less stringently to environmental policies have a production and trade advantage over those nations that are taking climate action measures to reduce emissions. The concern in those countries is that their own emission-heavy industries will be put at a competitive disadvantage.

This so-called pollution haven hypothesis predicts that if competing companies diverge only regarding the severity of environmental regulations they face, then those that are bound by relatively stricter measures will lose competitiveness.

On the other hand, the so-called Porter hypothesis concludes that more stringent climate rules should encourage investment in developing new pollution-saving technologies. If these technologies lead to energy savings, they may help in turn to offset some of the climate protection costs. Then, there is also the issue of how much it might cost if we fail to mitigate climate impacts.

Is GDP the only valid indicator?

At first glance, using GDP as a measurement tool is an obvious choice to provide a cost-benefit analysis. The question is to what extent it provides an adequate measure of growth and prosperity.

"It is the most developed indicator. I wouldn't say that we should move away from that, but many of these damages that are associated with climate change are not internalized. This means that we as a global society will probably have costs due to lost biodiversity, for example, which are not directly reflected in the GDP," Wilfried Rickels, director of the Global Commons and Climate Research Center at the Kiel Institute for the World Economy, told DW.

In a National Bureau of Economic Research paper, the authors' analysis showed that without countermeasures, an average global temperature increase of 0.04°C per year could reduce global GDP by 7.22% by 2100. If, however, countries abide by the Paris Agreement to limit the temperature increase to 0.01°C per annum, GDP loss is reduced to 1.07%.

"That's why at some point in the Paris climate agreement they said: 'We are setting a fixed limit.' Picture yourself running towards a slope that might be covered in fog; at some point, you have to say, 'I'm not going any further,'" said Rickels.

According to the Coalition for Climate Resilient Investment, a consortium of companies, governments and multilateral organizations, financial losses could be as high as $69 trillion (€58 trillion) by 2100 if nothing is done to mitigate the impact of climate change.

Can economic growth and climate protection go hand in hand?

That depends on the perspective. Twenty years ago, the consensus was that it was crazy to invest in solar energy, for example, due to the enormous costs. However, down the line, that investment has paid dividends — not least because the development of new and innovative technology has led to creation of new jobs and has helped to cut energy costs, which in turn benefits the economy.

"Now it has become a technology that is applied even in countries that don't necessarily use climate policies because it's the cheapest energy source," Karsten Neuhoff, who leads the Climate Policy Department at the German Institute for Economic Research (DIW Berlin), told DW.

The same thinking could be applied to the energy efficiency side of the equation. "I think everyone wants to live in a well-insulated building nowadays, whereas, two decades ago, everyone said that's crazy to have. So, again, it is a change that requires effort but ultimately has economic benefits," said Neuhoff. 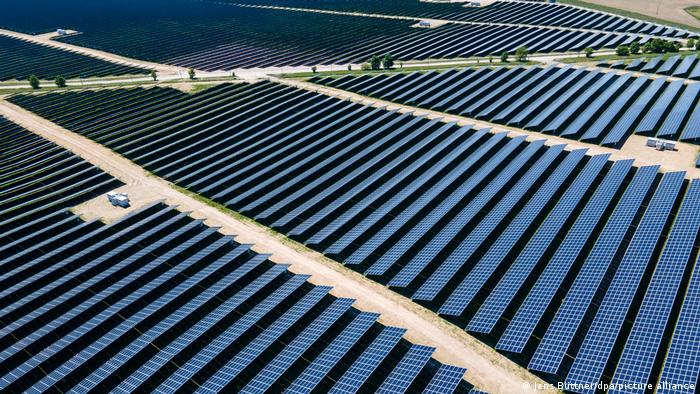 Detractors point out that while that may apply to rich, industrialized countries, it's a very different story for poorer nations, which are perceived to often have to choose between climate protection or economic growth.

"Countries that are still very poor, i.e., have very low per capita income, are not thinking so far ahead. They still have a primary incentive to grow now and are less interested in long-term climate policy measures," said Rickels.

As modern economies move toward a so-called resource-efficient and circular economy (RE-CE), there are concerns that — in the short term, at least — jobs will be lost across various sectors of the economy and that job creation will be minimal. However, an OECD report notes that it is important to distinguish between different sectors.

Most jobs over the next two decades are projected to be created within the construction industry, and renewable power generation and services; while manufacturing sectors, agriculture, food production and fossil-fuel based power are expected to record job losses.

The overriding question is how to balance economic growth with cutting carbon emissions, and ultimately, achieving climate neutrality. At this year's World Economic Forum in Davos, Johan Rockström, director of the Potsdam Institute for Climate Impact Research, pointed to that contradiction. "It's difficult to see if the current GDP-based model of economic growth can go hand in hand with rapid cutting of emissions," he said.

The concept of climate neutrality (that is, reducing CO2 emissions to a minimum and offsetting remaining emissions with climate protection measures) has become more concrete as the acceptance and understanding grows that getting into power generation without fossil fuels is increasingly desirable. Currently, there are five carbon-intensive sectors — transport, heating, mining, agriculture and industry — where shifting to climate neutrality would make economic and environmental sense.

"So, then you think, OK, what technologies are acceptable? Wind, solar? And what are their costs? And it becomes clear that it requires a lot of effort to make the change. It requires an acceptance of wind turbines or solar panels. All of this is an effort for a society, but ultimately it doesn't have big economic costs if it is done well," said Neuhoff.

A key indicator of how effectively a country's environmental policies are performing is the Environmental Performance Index (EPI), a data-driven tool used to assess the state of sustainability.  The 2020 results show that a positive showing is closely linked with economic wealth (GDP per capita). Economically prosperous countries like Norway, the United Kingdom or Switzerland can invest in climate protection policies, which lead to a win-win situation for both the economy and the environment.

This article is part of a series in which DW is debunking myths surrounding climate change.

Made in Germany - Businesses Go Green