Facing up to Impunity

"This UN day is an acknowledgment that impunity remains a huge global issue," writes IFEX head Annie Game. She says we must continue exposing impunity and battling those who rely on it to silence critical voices. 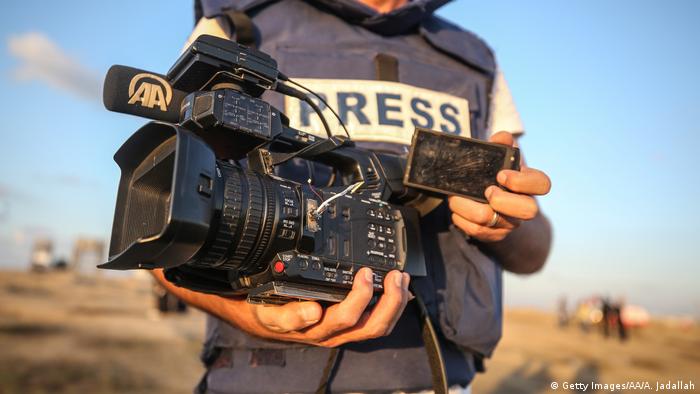 Today, November 2, 2020, is the United Nations International Day to End Impunity for Crimes against Journalists.

It is an important day. It is equally important to recognize how it came about. The UN resolution passed in December 2013 represented the culmination of years of persistent work by dedicated individuals and groups, including the IFEX network, which spearheaded the campaign for a UN day back in 2011. Together, we turned up the volume, demanding global attention and a response to the escalation of brutal attacks on journalists.

This UN day is an acknowledgment that impunity remains a huge global issue; when those responsible for crimes against journalists are not held to account we allow a perverse culture to grow that continually degrades our right to freedom of expression and information. 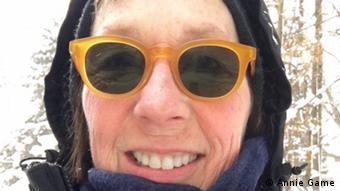 We got the world’s attention – now what?

We knew that having a dedicated day would help bring international visibility to this issue. It would provide a way to focus the efforts of civil society, as well as help us reach and engage more allies and partners in this work on which so many of our rights and freedoms depend.

But it’s just one day. The issue of impunity is ongoing. It requires funding, planning, research, targeted campaigning, collaboration and follow-up. It takes real work by real people to hold the powerful accountable for their crimes.

Which brings me to our decision to mark the 2020 International Day to End Impunity with the launch of our IFEX Faces of Free Expression series.

To make the world a safer place for journalism – and for all forms of expression – we need the sustained work of many dedicated individuals. Some may be well-known, but many more are seldom if ever seen in the corridors of power, or on the news, or on the global stage. They are what we call 'the movers and the shakers', people putting their safety, their freedom, and often their own lives on the line, to bring about change for the better in their own countries.

Over 80 such individuals are profiled in our series, and the list continues to grow. Each profile acknowledges the contribution made by people and groups who support these individuals in their work.

Today, we introduce you to eight amazing women, acknowledging not only their important leadership in promoting media freedom, safety and justice, but also as a reminder of the reality that so many attacks on journalists, online and offline, are gendered. They embody courage and perseverance in the face of sometimes unimaginable odds. 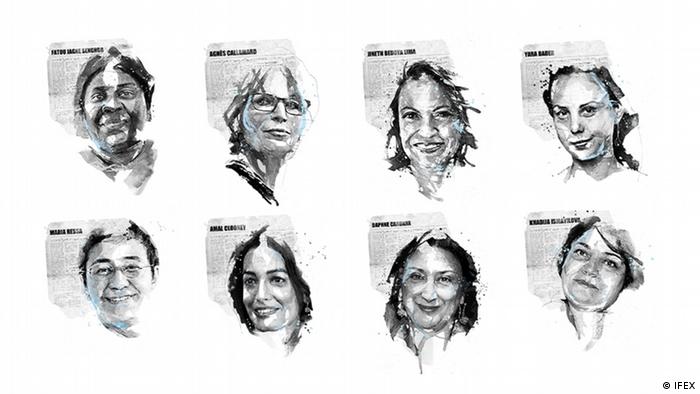 Jineth Bedoya Lima has brought the issue of sexual violence against women in Colombia into the public consciousness, and continues her 20-year journey to end impunity in the case of the brutal assault she experienced as an investigative journalist.

“Senegambian Iron Lady” Fatou Jagne Senghor has used her legal and media expertise to defend human rights and media freedom across Africa for 20 years, providing refuge to journalists being harassed, and placing women's rights at the forefront of her advocacy.

A member of the High Level Panel of Legal Experts on Media Freedom, Amal Clooney has represented many clients fighting for their right to free expression, including Egyptian journalist Mohamed Fahmy and Iraqi Yazidi target of politicized sexual violence Nadia Murad.

Khadija Ismayilova faced a gendered harassment campaign and imprisonment after reporting on the Azeri government’s corrupt business practices. She has become the most recognizable face of the repression of media freedom in Azerbaijan.

In the Philippines, Rappler.com’s Maria Ressa has become a global icon of resistance to state interference in the media. Long the target of gender-based online violence, she has also faced extensive judicial harassment by the Duterte government.

Against the impossibly hostile backdrop of Syria's civil war, journalist and activist Yara Bader has worked with her Syrian Center colleagues to bring to light the detention, torture, and murder of writers, artists, journalists, and human rights defenders.

Agnès Callamard has been a fierce advocate for human rights free expression for decades. As a UN expert on extrajudicial killings, she has intervened in some of the most high-profile impunity cases, including those of the murders of journalists Jamal Khashoggi and Daphne Caruana Galizia.

We also feature Daphne Caruana Galizia herself – an intrepid investigative journalist who paid the ultimate price for criticising the powerful and exposing corruption in Malta. Three years after her assassination, her family and colleagues continue their fight to bring those responsible to justice.

Read more: "It's an incredibly dangerous time to be a journalist" 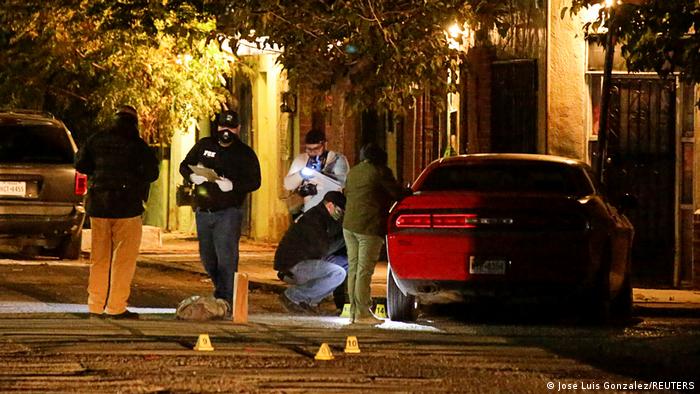 Tackling impunity for crimes against journalists means refusing to let cases fall into obscurity. Not every case will secure global attention, and not every actor may be visible on the global stage, but this is how we ensure impunity remains a global issue: by sustaining the pressure, and providing the fuel that drives efforts required to hold those in authority accountable.
We’ve achieved a lot together, but much more remains to be done. The fact that this year’s IDEI takes place against a backdrop of stalled judicial processes, brutal responses to the use of civic space to call out racism and injustice, and heightened risks to journalists reporting on the global pandemic is a reminder of how fragile progress can be.

Today we should look ahead, focus on next steps. We need to continue to up our game in exposing the nature of impunity and battling those who rely on it to silence those voices critical of their actions. We need to be creative, find new points of pressure and influence, and reach out to others to build an even broader movement.
No one can do this work alone. The Faces of Free Expression series underscores that - far from being alone, we are in fact in very good company. Our 2020 campaign continues throughout November. Join us in the coming weeks to be inspired by others in our series who champion freedom of expression in all its forms.

Annie Game is the Executive Director of IFEX, the global network of organisations promoting and defending free expression

Europe a 'minefield of obstacles and dangers' for journalists

A new study on media freedom by the Council of Europe highlights the intimidation, harassment and violence that journalists reporting on sensitive issues face.