Faces of hope: 'UNICEF Photo of the Year'

A Togolese boy with leg braces was cast out by his family for his disability and ended up in an orphanage. His portrait, sitting alone with his thoughts, won photographer Antonio Aragon Renuncio the top prize. 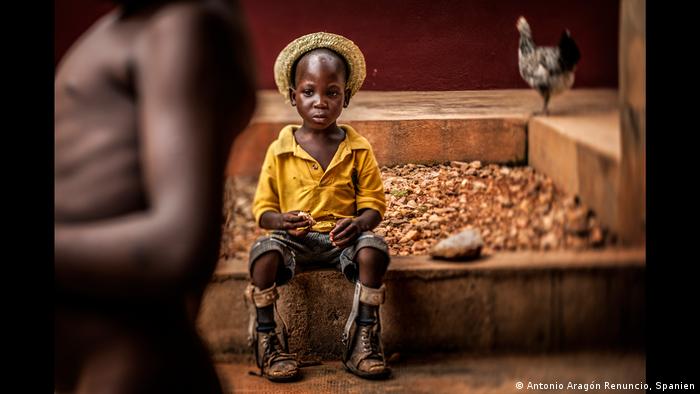 Children classed as "punishment from the gods" or split from their families as they receive medical treatment in "enemy territory" — such stories of maltreated or forgotten children were the focus of this year's Photo of the Year 2018 award from UNICEF Germany.

But the pictures are also supposed to convey a sense of the youngsters' own hope.

"Children often have the power, even in the most difficult situations, to look to the future and continue to trust in life," said Elke Büdenbender, German judge and patron of UNICEF Germany.

'Punishment from the gods'

A young boy from Togo, sitting on a step and wearing leg braces, was shunned by his family.

Children with such disabilities are often considered "punishments from the gods" or even "demons."

The boy ended up at the Saint Louis Orione Center in Bombouaka, a refuge for around 70 disabled boys and girls, where they receive the medical attention they need.

Spanish photographer Antonio Aragon Renuncio captured his lonely image on a regular visit to the center. 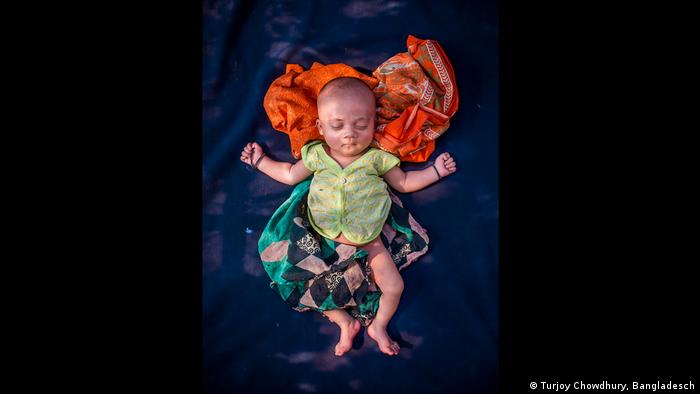 This 18-day-old boy did not have a name when Bangladeshi photographer Turjoy Chowdhury took his portrait in a refugee camp.

He was wrapped in colorful shawls given to his mother by aid organizations.

She was pregnant when she fled to Bangladesh to escape the violence against Rohingya Muslims in Myanmar, meaning that he will receive no birth certificate and no citizenship.

Life for such children becomes extremely difficult, as it is much harder to get an education, a place to live, or even a bank account.

Mohammed, known as Muhi, was born in 2009 in the Gaza Strip as the son of a Hamas activist. 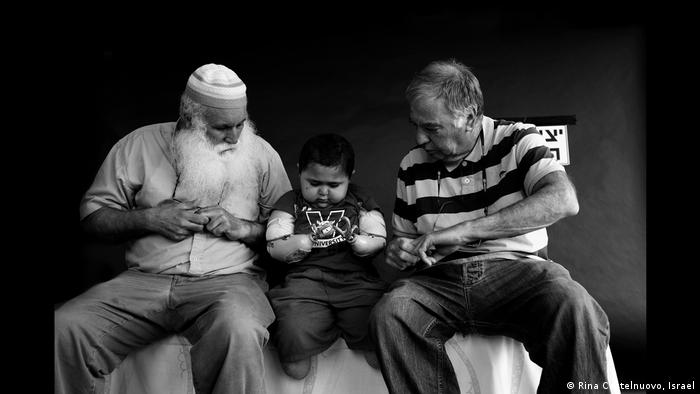 Third prize was awarded to Rina Castelnuovo for her portrait of Muhi, his grandfather Abu Naim (left) and Israeli Buma Inbar (right)

Suffering from a rare autoimmune disease, he was taken to Israel for medical treatment, where his lower arms and legs were amputated.

He lives with his grandfather, while his mother can only travel every few years to see him and his father wants him to return from "enemy territory."

Lithuania to Belarus: 'Rather watch hell freeze over' than deliver Tsikhanouskaya 3h ago

Pope Francis arrives in Iraq amid security fears 4h ago