The 2018 season will be the two-time champion’s last as a Formula One driver, his team McLaren has announced. The Spaniard, who expressed his gratitude, has been branching out into endurance racing in particular. 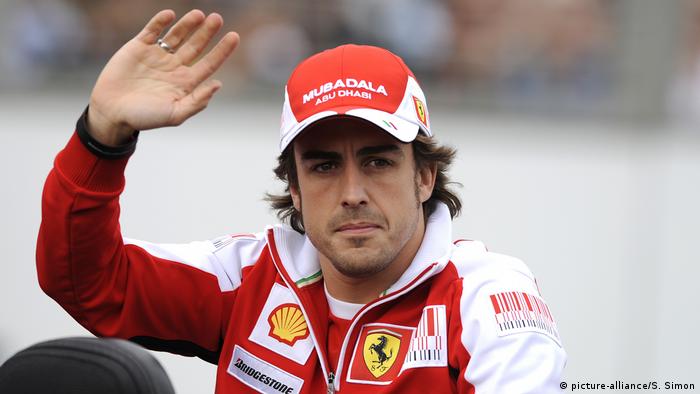 The 37-year-old driver has made no secret in recent seasons of his disenchantment with how his F1 McLaren team has been struggling to maintain the pace of its rivals. This season is the Spaniard's 17th F1 season, and his fifth in total with the British team.

"After 17 wonderful years in this amazing sport, it's time for me to make a change and move on," Alonso said. The two-time champion, who ended Michael Schumacher's five-title streak in 2005, has tweeted a video talking about his F1 career, saying that the changes he experienced along the years were "sometimes good, and sometimes, in my opinion, bad."

Alonso won both his championships with the Renault team, but also drove for Minardi, Ferrari, and spent two stints with McLaren during his career. A double world champion at the age of 24, the idea of Alonso retiring from F1 with just two titles to his name seemed unthinkable back in 2005.

"There is a time for everyone to make a change and Fernando has decided the end of this season to be his," McLaren said in a statement, adding that the team "respects his decision."

Alonso, who competed and impressed at last year's Indianapolis 500, has also been regularly competing for Toyota in the World Endurance Championship this season. He will be at Silverstone for a six-hour race on Sunday, won the season-opener at Spa, and won the 24 Hours of Le Mans — the jewel in the season's crown — driving with Sebastien Buemi and Kazuki Nakajima. It was also Toyota's first ever Le Mans victory.

The Oviedo native has also poured a lot of time into a go-kart academy for young divers back in Spain.

Fernando Alonso's F1 career has included 32 wins, 22 pole positions and 97 podiums so far, although adding to those tallies could prove problematic in this year's McLaren.