Eye on biodiversity | Environment| All topics from climate change to conservation | DW | 11.02.2014

Conservative estimates suggest that the planet could be losing at up to 2,000 species a year. DW looks at efforts to protect endangered plants and animals and examines what challenges lie ahead for preserving ecosystems. 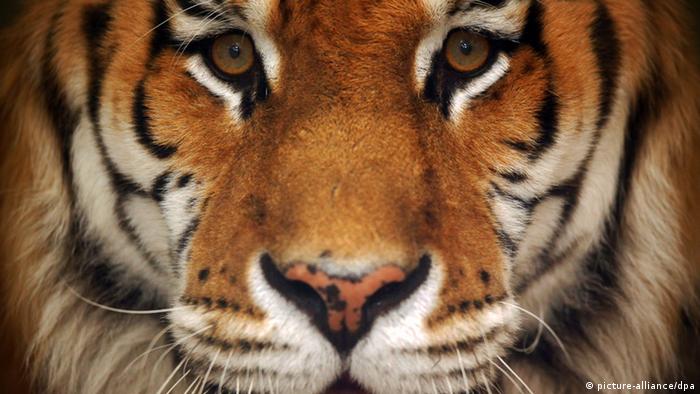 The UN General Assembly has declared 2011 to 2020 as the Decade on Biodiversity. The initiative serves to support and promote implementation of the objectives of the UN's Strategic Plan for Biodiversity and the Aichi Biodiversity Targets, with the goal of significantly reducing biodiversity loss worldwide.

Still, habitat destruction, trade in animal parts and climate change are all to blame for ongoing biodiversity loss around the world. Estimates on yearly and even daily species loss vary worldwide significantly, but the figures clearly don't paint a positive picture.

DW finds out more about efforts to save the planet's threatened species and their habitats.

Manta ray populations around the world have declined in alarming numbers. Hitting the sweet spot between conservation and commerce may hold the key to the survival of these mysterious marine species. (08.04.2014)

Outrage over the killing of a healthy giraffe at a Danish zoo has prompted calls for zoo staff to be fired. But the director of a leading European zoo management program says the killing will protect future populations. (11.02.2014)

With only 40 Marsican brown bears left in Italy, the species is on the brink of extinction. One scientist has a controversial plan to prevent its extinction - to clone it. And, he doesn't want to stop there. (01.11.2013)

Almost a third of the CO2 we emit is absorbed by the oceans. That helps to reduce global warming, but it also makes the oceans more acidic - posing a serious threat to marine life. (04.12.2013)

Indigenous communities of northern Guatemala have been given the right to make a living off their tropical forests, preventing illegal logging and destruction. The project helps save the forest as well as combat poverty. (15.10.2013)

Günter Mitlacher from the German branch of the World Wildlife Fund (WWF) talks about the challenges of saving the world’s ecosystems and why protecting biodiversity is just as important as bailing out big banks. (08.10.2013)

Biologist Bernhard Theissen has set himself an ambitious goal: he wants to save the Violet Copper butterfly from extinction. The tiny butterfly thrives in marshlands and areas near rivers and streams. (23.09.2013)

The harbor porpoise in the Baltic Sea is facing possible extinction due to the effects of fishing. Conservationists are trying to put pressure on politicians to enforce maritime protected zones currently up for review. (23.10.2013)

Oil money has been flowing into Equatorial Guinea for two decades now, prompting inflation. On Bioko island, the price of monkey meat has soared, making it a status symbol that threatens the primates' existence. (11.10.2013)

Poaching and illegal animal trading are not only threats against animals but also for humans. Proceeds finance violence and terrorism. Now Germany and Gabon are demanding a UN resolution. (10.10.2013)

The future of biodiversity

Studies show children know little about native wildlife. But with growing threats to biodiversity, scientists are experimenting with ways to get children to appreciate the wild side with the help of a Pokemon. (18.03.2014)