Explosives mailed to Obama, Clintons, CNN and other politicians

Several packages with explosive devices and white powder were sent to prominent US politicians and Trump critics. US authorities have warned that the situation may be far from over. 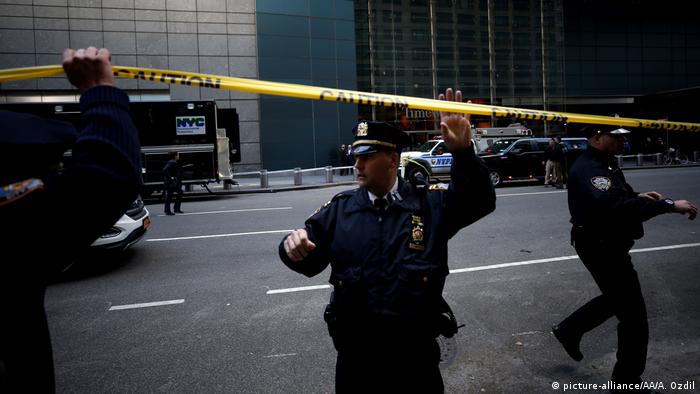 The packages had a return address of the office of Congresswoman Debbie Wasserman Schultz, who led the Democratic National Committee, the party's executive body.

The spree of parcel bombs started on Monday with one sent to the New York home ofSoros, a financier of liberal causes who is a bête noire of the far-right.

None of the packages detonated. The FBI said that it is possible other packages were mailed to other locations.

There has been no claim behind the parcels and the FBI has not determined a motive of suspect.

Speaking at the White House, Trump condemned "acts or threats of political violence," saying they "have no place in the United States.

The media has often been at the center of Trump's barbs against "fake news" and he has labeled journalists as "enemies of the people."

In a joint statement, Senator Chuck Schumer and Representative Nancy Pelosi said Trump's support for "the neo-Nazis who killed a young woman in Charlottesville" and "referring to the free press as the enemy of the people" have created a toxic environment in the country.

"There is a total and complete lack of understanding at the White House about the seriousness of their continued attacks on the media," said Zucker. "Words matter. Thus far, they have shown no comprehension of that."

A 'homemade' letter bomb has exploded in the Paris offices of the International Monetary Fund, injuring a secretary. IMF chief Christine Lagarde has described the incident as a "cowardly act." (16.03.2017)

A 29-year-old parcel-bomb suspect has been arrested by Greek police probing intimidation of European figures involved in Greece's financial bailouts. In May, Greek ex-premier Lucas Papademos was wounded. (28.10.2017)

The apparent bomb found at the Potsdam Christmas market was likely unrelated to terrorism, officials say. Police suspect that perpetrators aim to blackmail DHL after a second suspicious package was found on Monday. (04.12.2017)

Hillary Clinton thanks Secret Service, says 'we are fine'