Explained: Why Brazil′s Bolsonaro is being investigated over COVID response | Americas| North and South American news impacting on Europe | DW | 04.05.2021

Explained: Why Brazil's Bolsonaro is being investigated over COVID response

Delayed vaccines, oxygen shortages, ineffective COVID treatments. In Brazil, a commission is investigating what role President Jair Bolsonaro's government played in one of the worst coronavirus outbreaks in the world. 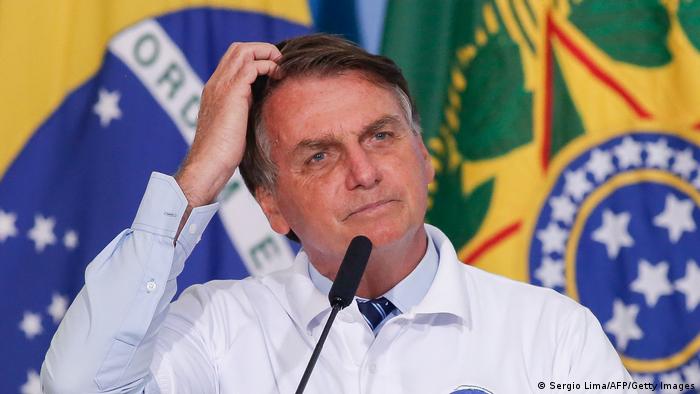 COVID-19 is nothing more than a "little flu" and Brazilians should "stop whining."

That is the pandemic, according to Brazil's President Jair Bolsonaro. Under his leadership, the country has seen the second-highest COVID death toll in the world with more than 400,000 fatalities — as intensive care units collapse.

Now a Senate commission is investigating his administration's handling of the pandemic response. The result of this inquiry, which started last Tuesday and will last 90 days, could have a serious effect on Bolsonaro’s political future.

What exactly is the probe investigating?

The main goal of the probe is to identify the people or authorities responsible for what critics describe as a botched pandemic response.

Many public health experts have blamed Bolsonaro’s government. One study by the University of Sao Paulo and the human rights group Conectas even called its handling an "institutional strategy to spread the coronavirus in the country."

The commission has outlined 18 topics it wants to investigate to draw its own conclusions.

One major point is the rejection of some vaccine offers,including BioNTech-Pfizer, as Brazil now struggles with shortages.

Another focus will be why the state pushed ineffective cures like the so-called "COVID kit," a cocktail of unproven treatment drugs such as hydroxychloroquine or the antiparasitic ivermectin.

The inquiry will also take a special look at the health care collapse in Amazonas state where hospitals have scrambled for oxygen.

Who will be questioned?

The commission will question several ministers and government aides. That includes Bolsonaro’s former health ministers, Luiz Henrique Mandetta, Nelson Teich and Eduardo Pazuello, all of whom held the post at one point during the pandemic. They will speak Tuesday and Wednesday. 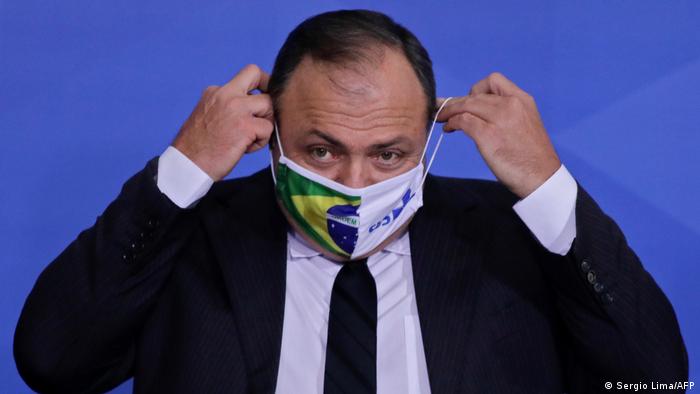 Eduardo Pazuello could give a key testimony.

Pazuello, an army general with no healthcare experience who was especially loyal to Bolsonaro, could be one of the most important voices.  But he has the right to not testify, so as not to incriminate himself, said Wallace Corbo, a legal expert with the Getulio Vargas Foundation.

"If Pazuello shares the information he has as someone who was in charge of the Health Ministry during the peak of the COVID crisis, this could be extremely politically relevant," said Corbo to DW. "If he opts not to testify, the commission can still evaluate his acts as health minister and these acts can speak for themselves."

What else can the commission do?

The commission has the same power to investigate as a judge. That means it can call on witnesses to testify as well as requesting information and documents from public entities, among other things.

However, it does not have the right to make a judgment or order someone’s arrest. Its purpose is solely to collect evidence and, if needed, pass it on to judicial authorities.

What does that mean for Bolsonaro and his government?

While, on paper, it may look like these types of inquiries can't do very much, they have "huge potential to disrupt politics," according to Corbo.

In the worst-case scenario for the administration, this probe could conclude that Bolsonaro and/or his ministers were responsible for worsening the COVID crisis. The relevant authorities could subsequently open criminal cases, or lawmakers could speed up one of the many calls for impeachment that have already been filed. 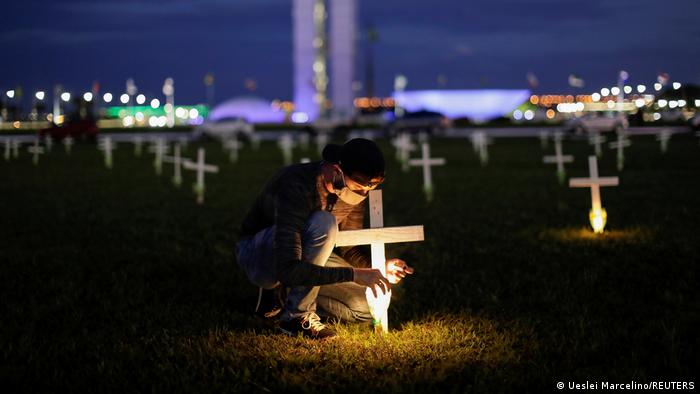 The commission is investigating if the Bolsonaro administration is responsible for worsening the COVID crisis.

But even if it doesn’t get to this point, the probe could damage Bolsonaro's image before his reelection bid in 2022.

"The inquiries generate a lot of visibility — sometimes more than a judicial trial. During trials, some information may be confidential, but the inquiries are much more accessible to the public," said Corbo.

This specific investigation could also attract much attention because it deals with a "tangible" problem, says Magna Inácio, a political science professor at the Federal University of Minas Gerais.

Previous probes went over many Brazilians’ heads because they dealt with distant topics like the purchase of an oil refinery in the US.

"This one is about something that people experienced themselves. The debates have great potential to mobilize," she said.

The pandemic has led to a rise in maternal mortality in Brazil. With new infections increasing, health officials are calling on women to postpone planned pregnancies until the country gets a handle on the situation.

Opinion: Jair Bolsonaro's unpredictability is more of a threat than ever

Brazil is sliding deeper and deeper into crisis. But its president's course of action is a calculated one. It has an internal logic and consolidates his power, says Philipp Lichterbeck.