Exhibition on Sex Slavery Under the Nazis to Open in Germany | Culture | Arts, music and lifestyle reporting from Germany | DW | 14.01.2007

Exhibition on Sex Slavery Under the Nazis to Open in Germany

An exhibition on sexual slavery under the Nazis will open Sunday at the former Ravensbrück concentration camp, organizers said. 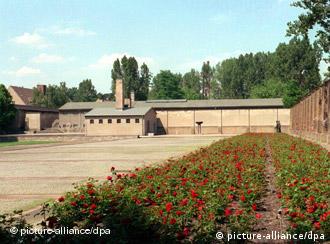 Ravensbrück was a concentration camp for women

The Foundation of Brandenburg Memorials, which operates museums at the former camps, said in a statement Thursday that the forced prostitution system in the camps was a "little known phenomenon."

"Forced Sex Work in Nazi Concentration Camps" covers a system that ran in 10 camps between 1942 and 1945. Most of the women involved were prisoners at Ravensbrück, about 100 kilometers (60 miles) north of Berlin.

Male prisoners were allowed visits to the sex slaves to boost their productivity in the Nazi arms factories during World War II.

The foundation said that encouraging sex with women was also a means of curbing homosexuality, which the Nazis feared would "break out" among male prisoners confined to their own camps.

Women who were held at the brothels often suffered enduring psychological trauma and many did not apply for reparations after their liberation in 1945 due to the shame they felt. 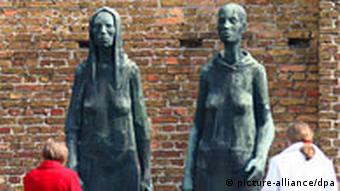 People from 40 nations were imprisoned at Ravensbrück

Forced prostitution in concentration camps was the subject of an exhibition in Vienna in 2005.

The new exhibit at Ravensbrück, which runs until Sept. 30, incorporates filmed interviews with survivors as well as photographs and documents.

An estimated 40,000 of those prisoners were killed or died of mistreatment and disease during that period.

In the first arrangement of its kind outside the US, American film director Steven Spielberg's Shoah Foundation granted a Berlin university access to its thousands of videotaped interviews with Holocaust survivors. (05.12.2006)

While Braunau will honor two Nazi victims on Thursday, the Austrian town still lacks a place that deals with its most infamous son. Sixty years after the end of World War II, some say it's still too early. (14.09.2006)

Web site with information on Ravensbrück and other camps