Donald Trump is not attending Joe Biden's inauguration. While highly unusual, it's not the first time an outgoing president is not taking part in the ceremony. 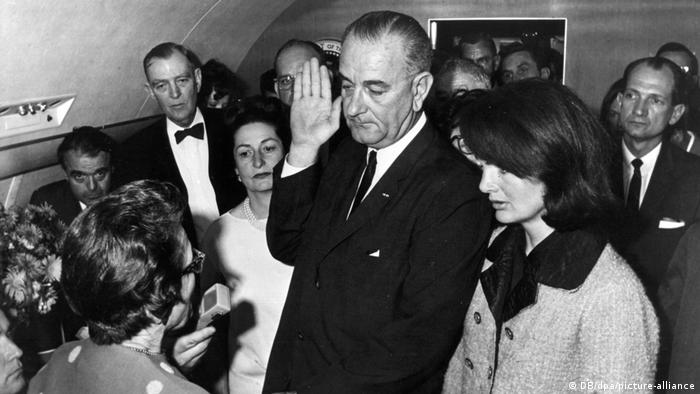 Lyndon B. Johnson's inauguration, held on Air Force One, right after the assassination of President John F. Kennedy

Lady Gaga's voice will be heard singing the National Anthem at Joe Biden's inauguration this Wednesday, exactly 14 days after Donald Trump's supporters stormed the Capitol. Under the new president's leadership, the country, now more divided than it has been in years, may be able to reunite.

"The classic significance of the inauguration ceremony," says Jürgen Martschukat, an expert on US history at the University of Erfurt, "is the transfer of power in a peaceful ceremony." But a look at the history books shows how this year’s inauguration is different.

The most visible sign of a peaceful transfer of power, ever since George Washington became the first US president ever to take the oath of office on the Constitution on April 30, 1789, has been the presence of his outgoing predecessor. Trump, however, has repeatedly announced that he will not attend. Wednesday's ritual also allows for little publicity in the traditional sense, due to the coronavirus pandemic and concerns about violence. The inauguration will mainly take place virtually. 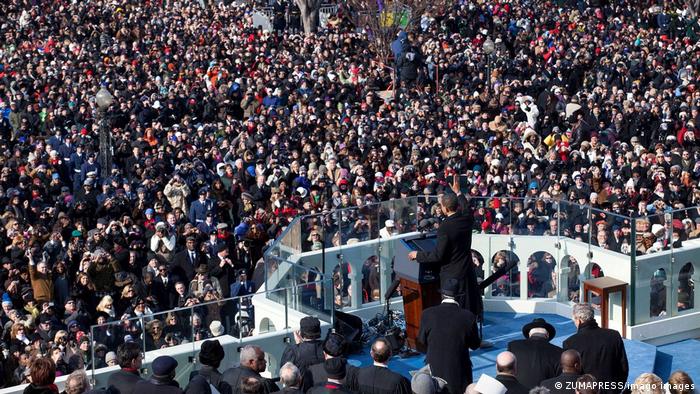 Trump's announcement evokes other occasions in the history of US presidents when presidential predecessors were not present at the incomer's inauguration.

Thomas Jefferson, for example, walked into the Washington Capitol's Senate chamber around noon on March 4, 1801, accompanied by members of Congress and officers of a citizen militia and took the oath of office in a matter of minutes, while the Marines' band played for the first time, as they would then do every inauguration. It was the first inauguration in the newly founded capital and the first in which the president's predecessor, John Adams, did not take part; he was still disappointed about his election loss. 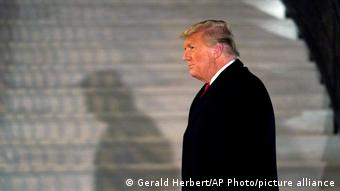 In other cases, the ceremony was forgone and the outgoing president simply could not be present. This was the case on November 22, 1963, at 2:38 p.m. local time, when Lyndon B. Johnson swore his oath to the Constitution on board the presidential aircraft Air Force One at the Dallas airfield. Two hours earlier, President John F. Kennedy (1917-1963), a beacon of American hope, had just been assassinated. Standing next to Johnson was Kennedy's widow, Jacqueline. Her husband's blood was still on her pink Chanel outfit.

'The nightmare is over, our Constitution works'

Richard Nixon was also conspicuous in his absence when his vice president Gerald Ford took the oath of office in the East Room of the White House on August 8, 1974. Nixon had declared his resignation from office in a televised address after it became clear that Congress would impeach him over the Watergate scandal. Ford's first public utterance was meant to sound optimistic: "My fellow Americans," Ford said, "our long nightmare is over, our Constitution works." 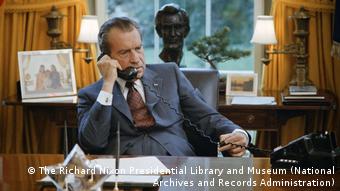 Just a quarter of a century later after Republican Donald Trump's four-year term in office, Joe Biden could take a cue from Ford's words. "The division of the country, the increasing incompatibility of the two US parties has been coming to a head since the 1970s," historian Jürgen Martschukat told DW. He sees Trump as "the effect of a long-simmering conflict between the different camps — between urban and rural, and the winners and losers in an increasingly globalized world. We've ignored that for too long."

Once before, he pointed out, the US had been similarly torn when a president took office, namely after the American Civil War in 1869, when Andrew Johnson passed the presidency to Ulysses Grant. "That change of office ended perhaps the most pivotal period in American history," Martschukat said. "That the outgoing president was not present was a good reflection of the country's division." 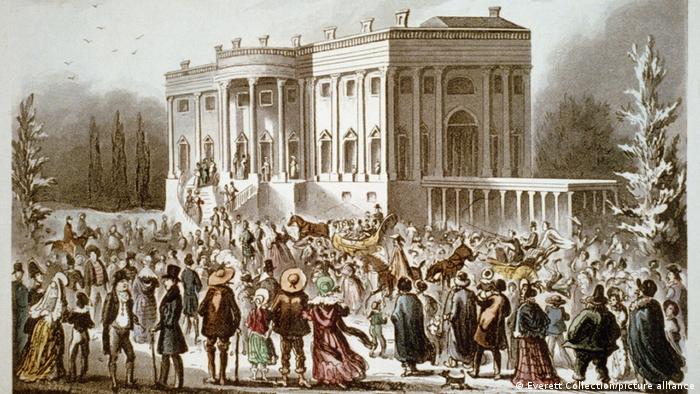 Abraham Lincoln had stated he would not tolerate succession even before the outbreak of the four-year American Civil War, which took place between 1861 and 1865. In reaction to the election of the moderate opponent of slavery as US president, most Southern states had left the Union in the winter of 1860-61.

The war, which caused hundreds of thousands of deaths, took its course. But Lincoln did not live to see the Confederate surrender. He died on April 15, 1865, shot by an assassin shortly after his re-election.

The main point of contention during the Civil War had been slavery. Today, racism still divides the country and is, as historian Martschukat says, "a central factor" in US political debate. 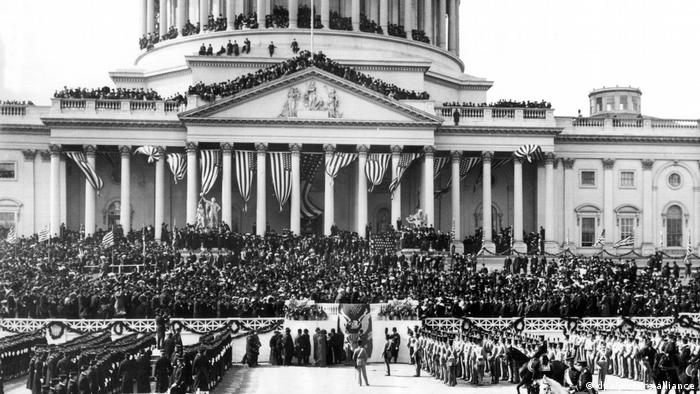 Presidential Inaugurations, like this one of Theodore Rosevelt in 1905, set the tone of the presidency

That in itself made Barack Obama a beacon of hope. Some 1.8 million people witnessed him take the oath of office on January 20, 2009 — the first Black US president to do so. Obama's inauguration was a demonstration of the multiculturalism of the United States: The Marine Band played, as always, but Aretha Franklin's performance went straight to people's hearts. She sang the unofficial national anthem of the USA: "America (My Country 'Tis of Thee)."

It's an ode to freedom, reflected in its lyrics, such as: "Land where my fathers died, land of the pilgrim's pride; from every mountainside, let freedom ring." The patriotic song, written by Samuel Francis Smith in 1831, suggests how Americans have seen themselves since the Declaration of Independence in 1789.

"It talks about liberty and the pursuit of happiness," Martschukat reminds us, "These promises were made to all people, but from the beginning there were those who remained excluded." Women, African Americans and other minorities have had to fight for those supposedly basic rights. "The conflict runs throughout American history and has culminated in recent years," the historian analyzes, "What unites is also what divides."

Many stars will be involved in the inauguration of future US President Joe Biden and his Vice President Kamala Harris. Actor Tom Hanks will host a television special called Celebrating America, and musicians Bruce Springsteen, Bon Jovi and Jennifer Lopez will perform. Four years after Donald Trump's campaign slogan "Make America Great Again," it is up to President Biden to make this promise come true in his own way.