The former owners of now-defunct Russian oil giant Yukos have been awarded billions in compensation by an international arbitration court in The Hague. It said Russia's objective was to "bankrupt" Yukos. 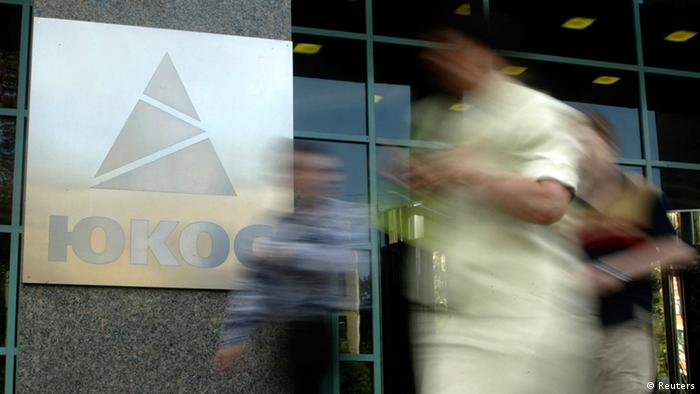 The Russian Federation must award $50 billion (37.2 billion euros) to Group Menatep (GML), which used to own 60 percent of Yukos, the Russian oil giant that was expropriated by Russia in 2006.

The Permanent Court of Arbitration in The Hague handed down the verdict on Monday. Russia will now have to pay half of the around $100 billion claim by the former shareholders. It is the largest arbitration award ever, accoring to GML's director, Tim Osborne.

The court said Russia's primary objective was to "bankrupt Yukos and appropriate its valuable assets."

The claim was made by subsidiaries of Gibraltar-based Group Menatep, a company through which Mikhail Khodorkovsky, once Russia's richest man, controlled Yukos. Group Menatep now exists as holding company GML and Khodorkovsky is no longer a shareholder in GML or Yukos.

The former owners of Yukos are accusing Russia of expropriating Yukos. They are demanding compensation for the dismantling of Yukos, which many in Russia and abroad saw as politically motivated.

Khodorkovsky, who was arrested and charged with tax fraud in 2003 and later went to jail, was pardoned and released at the end of last year. He has distanced himself from the various trials for compensation with regards to Yukos, but reports suggest he may comment on the verdict later on Monday.