In an interview with DW, former US ambassador to Germany, Philip Murphy, explains why he was stunned by the election outcome and why he thinks a grand coalition could boost Germany’s role in Europe. 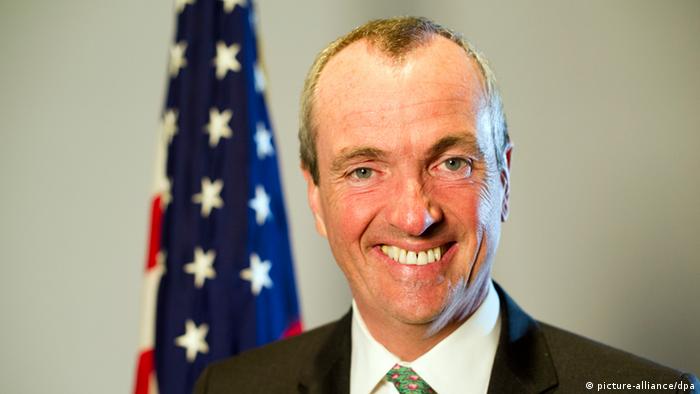 DW: Having spent the last four years as ambassador in Germany were you surprised by this election result?

Philip Murphy: I think there are several notable points: First, you have to say that Angela Merkel's popularity and performance, and her party's and the CSU's, was certainly impressive by any recent historical standard.

I am very surprised by the FDP's result. That is a particular surprise for many reasons, including that the FDP has typically - over generations of political coalitions in Germany - held the foreign ministry. So it's the party, other than the chancellor's, that the allies have gotten to know the best.

I also think this is an existential moment for the SPD. They had a better performance this time around than four years ago and clearly with a need to form a coalition of some sort, they have some big questions before them.

And I would also add the AfD not making the five percent mark, but certainly making themselves known.

How do you explain the very strong showing of the Christian Democrats and especially Chancellor Merkel personally?

I think it's a validation of her leadership and her leadership style. I think the German people said ‘we have gone through an extraordinarily turbulent period here and we like what we have got. We like the steady leadership.'

In fairness it needs to be said, as much as many would like bolder action, the chancellor and her party and the coalition have struck the balance the German people wanted to see struck. In other words: ‘Yes we want to be there for Europe no doubt, but before you ask for our balance sheet, let's put some processes and controls in place and play by a common playbook.' I think that resonates quite deeply with the German people and I think you saw that in the results yesterday.

What do you make of the fact that the liberal party, the FDP, was voted out of parliament for the first time since the founding of the Federal Republic of Germany, a party which as you mentioned has had a strong hold on the foreign ministry in the past?

I looked at their concession remarks last night with Rainer Brüderle in particular leading their remarks. And I looked at that stage and these are folks we all know deeply and we have known them in some cases over generations. So I was quite surprised. My operating assumption was always that we would see some version of Niedersachsen (where the FDP despite a bleak outlook made it into the state parliament of Lower Saxony, the ed.) in the federal elections and not some version of what happened in Bavaria (where the FDP was voted out of the Bavarian state parliament, the ed.) last week. And the reality is the Bavarian experience was the operative one. And I have to believe that the AfD as an element was the decisive factor. I don't know that scientifically, but my gut tells me that. So I was quite surprised.

Even before this election, the US considered Chancellor Merkel as Europe's leader especially when it comes to dealing with the European debt crisis. Will Chancellor Merkel's overwhelming victory lead to increased expectations and pressure from Washington for her to play an ever stronger role in Europe now?

I obviously can't speak for the administration, but Germany as a country and Chancellor Merkel as an individual are among, if not our best allies in the world. This is an extraordinarily close relationship. I think we are way past the moment – and I measure that in years – where Washington or other capitals thought Europe could wave a magic, big, bold wand at the euro crisis and with one fell swoop aggressively solve it.

I think there is a general acceptance that this will be longer than anyone may like it - including for Germany – and that it will be more complicated and associated with risks. But the course that Europe is on and the course that Germany is on as a part of that I think we will see more of. I would guess that the trend will not only continue in the same direction, but there might be a little bit more umph, particularly if there is a grand coalition and the overwhelming members of the Bundestag are in the coalition combined with the overwhelming presence of the SPD in the Bundesrat.

With the ouster of Merkel's current coalition partner, the Christian Democrats will have to form a coalition with one of two parties positioned to the left of the CDU. Who would be the preferred coalition partner from a US perspective, the Social Democrats, or the Greens?

That's a good question, but I don't know the answer to that, honestly. We have had experience as a country and ally with both. Obviously under the Schröder-Fischer years we had time to get to know both parties deeply. The SPD obviously has a much deeper and longer history going back over generations to Brandt and Schmidt.

This is obviously not our government's call. I think the challenge will be that, philosophically, it's an easier marriage with the SPD for the CDU/CSU. It is, however, an existential moment for the SPD as I've said. Many of its members feel that its performance in the last two general elections has suffered because of the fact that they were in a grand coalition. Philosophically, I imagine it's a longer bridge to travel for a so-called black-green coalition. I don't think it's out of the question, but philosophically it would be a new impulse.

You mentioned the AfD several times. What kind of signal does their strong performance very shortly after the party's founding send to Europe and the US?

If you look at the protest votes in other European countries, then their performance was small by comparison. I personally have a big philosophical disagreement with them. I don't think their premise is accurate. I think they are going in the wrong direction not just for Europe, but more importantly for Germany. Getting the euro crisis solved and keeping the euro intact, however painful and long it might take, is in the interest not only of Europe, and certainly the United States, but also of Germany. And I think the chancellor, given her enormous popularity in whatever coalition Germany eventually has, will be able to rule quite effectively across the whole range of issues, including the euro.

Philip Murphy served as US ambassador to Germany from August 2009 to July 2013.

The international press agrees the Christian Democrats' stunning victory in national polls is first and foremost a triumph for Chancellor Angela Merkel (23.09.2013)

Europe paid close attention to the vote in Germany. Correspondents from across Europe believe that whoever will govern in Berlin will have a major impact on politics in the entire eurozone. (23.09.2013)