Ex-SS guard, 94, testifies at trial in Münster to express regret

The 94-year-old, on trial for crimes committed while he was a guard at the Nazi Stutthof camp near Gdansk, voiced regret but denied knowledge of killings. He claimed he had no choice, and was never a Nazi. 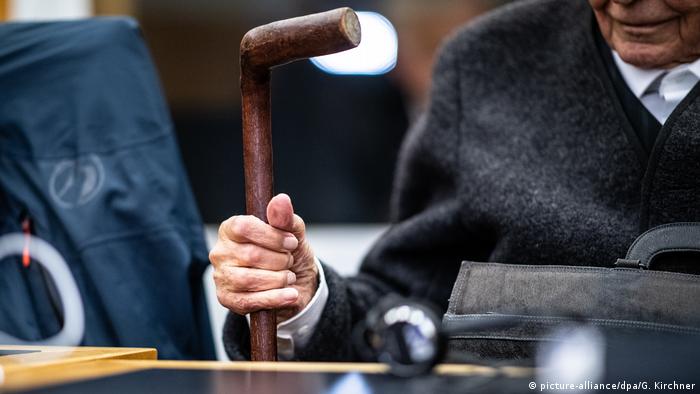 The man, who was a teenager at the time he served as a guard at Stutthof between June 1942 and September 1944, is accused of being an accessory to 100 counts of murder that took place at the Nazi camp during that time.

On trial in the western German city of Münster, the man addressed the charges against him for the first time in the district court with a written statement read by his lawyer on Tuesday. 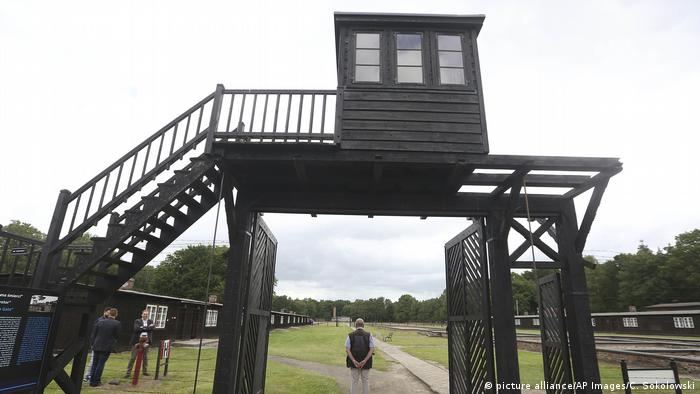 The main gate into the former Stutthof Nazi concentration camp

In the statement, the man from the western city of Borken recounted his time serving as a guard at the Stutthof concentration camp in what is today Gdansk, and was then Danzig, in German-occupied Poland. He said he failed to resist Nazi orders out of fear.

He offered no apology to the victims or survivors of Nazi persecution.

He sought to justify his presence at the camp by arguing he was forced into the situation: "Of course, I am ashamed to have been part of the SS, but I do not know that I would have had the courage to act otherwise today." 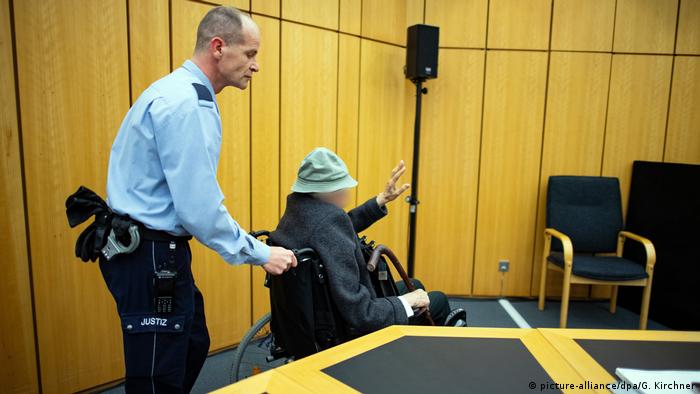 The 94-year-old was brought into court in a wheelchair

No knowledge of gas chambers

The former guard says he was "ashamed of the condition the detainees were in," and that he "would have liked to leave" but felt that he could not do so. 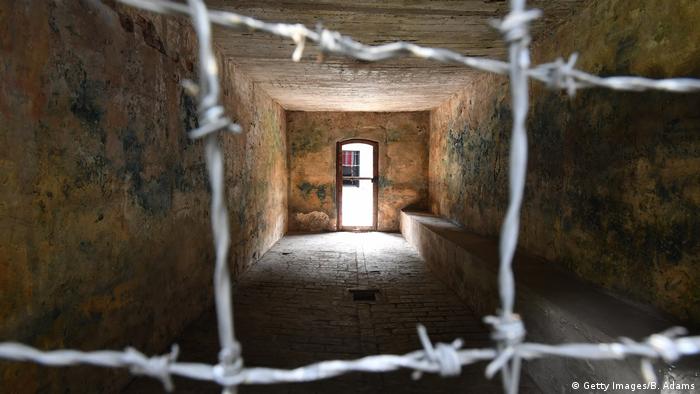 The building that housed the gas chambers remains part of the memorial center at Stutthof. It was visited by Britain's Prince William in 2017.

The statement by the accused concluded with a denial that he had ever been a Nazi: "I will only say that I am not a Nazi. I never have been one and never will be."

Prosecutors had difficulty believing the man's claims. They have argued he could have left the camp if he had wanted to.

Lead prosecutor Andreas Brendel told the court: "We believe that the guards knew a lot more than what has been recounted today."

Germany's main office for investigating Nazi war crimes estimates that 65,000 people died in Stutthof and its subcamps, and on the death marches.

UN warns of coronavirus surge in humanitarian needs 49m ago