A former top dog of the German engineering giant has pleaded guilty to a massive bribery scheme to win a billion-dollar contract with the Argentine government. He is the first of eight defendants to speak out. 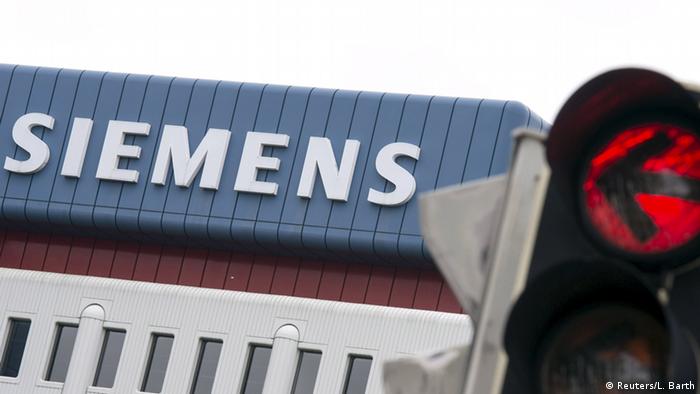 Andreas Truppel, the former Chief Financial Officer (CFO) for Siemens Argentina, admitted his guilt before a Manhattan federal court, the US Department of Justice announced in a statement.

Truppel confessed to having played "a significant role" in a "massive Siemens bribery conspiracy," stretching from 1994 to 2007.

"I know this conduct was wrong," Truppel said in court. "I regret it."

US Attorney Preet Bharara said the former top executive had conspired to grease Argentine government officials "to reap the benefits of a billion-dollar contract" to produce national identity cards. The bribes amounted to "close to $100 million" (89.7 million euros), the prosecutor said.

The elaborate scheme was conceived in the mid-1990s, when Buenos Aires issued a tender for bids to replace its outdate system of manually created national identity booklets with state-of-the-art cards.

In 1998, the so-called DNI project was awarded to a "special-purpose subsidiary" of Germany's Siemens AG. What many didn't know at the time was that to secure the deal, Truppel and his colluders had caused Siemens to commit to paying tens of millions of dollars in bribes. The court said the recipients included "sitting officials of the Argentine government, members of the opposition party, and candidates for office who were likely to come to power during the performance of the project."

"Members of the conspiracy worked to conceal the illicit payments through various means," the court added. They did this, for instance, by wiring "more than $7 million" in payola to a New York bank account, "disguised as a foreign exchange hedging contract" related to the project.

The DNI project was briefly suspended in May 1999 due to an impending presidential election, but soon after things went from bad to worse. Hoping to jumpstart the project, Truppel and his accomplices expanded their graft list to include incoming officials. At the same time, they also kept smearing outgoing officials, "many of whom remained in influential positions with the government."

Two years later, the project was terminated. Scrambling to secure their anticipated proceeds, the conspirators convinced Siemens AG to file a lawsuit against the Republic of Argentina in Washington, D.C., accusing the government of "wrongfully" canceling the project. The company demanded nearly $500 million in lost profits and expenses.

Throughout the investigation, Truppel and his collaborators kept the sweeteners flowing, "in part to prevent disclosure" of their criminal activity, but also, the court said, "to ensure Siemens' ability to secure future government contracts in Argentina and elsewhere in the region." From 2002 to 2007, they paid close to $30 milllion in bribes.

The plot reads like a Hollywood script: "For example, Truppel and other members of the conspiracy caused Siemens to transfer approximately $9.5 million through fictitious transactions involving a Siemens business division that had no role in the DNI project. They also caused Siemens to pay an additional $8.8 million in 2007 to settle an arbitration that was brought to enforce a sham consulting contract."

In February 2007, the court in Washington sided with the industrial giant, awarding Siemens nearly $200 million in damages, plus interests.

But the money was never collected. Instead, Siemens' cover was blown. In December 2008, Siemens AG and Siemens Argentina agreed to pay fines of $448.5 million and $500,000 respectively, as well as help US and German authorities in the investigation. Three years later, Truppel and seven other Siemens execs were charged with bribery.

Under a plea deal, Truppel, a 60-year-old dual citizen of Argentina and Germany, agreed to cooperate with authorities. He now faces up to five years in prison and three years of supervised release. The cases against the other suspects are still pending.