The former Nissan chairman has reportedly been served a fourth arrest warrant based on a new financial misconduct accusation. He had been out on bail awaiting trial for reportedly misusing the carmaker's funds. 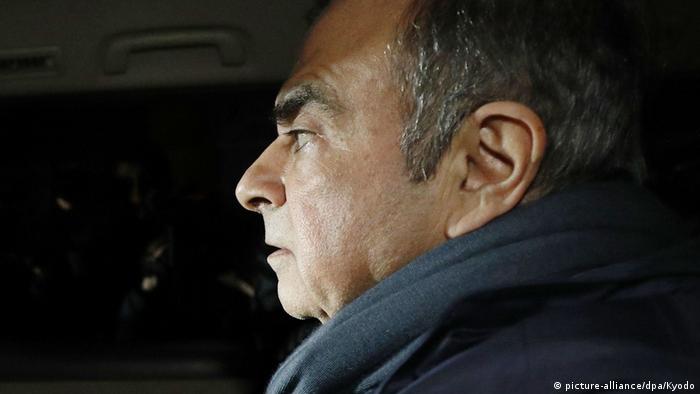 Ghosn, 65, had been out on bail awaiting trial for reportedly misappropriating funds while he was in charge of the Japanese automaker.

Read more: Who's the man who could bring down Japan's auto industry?

Ghosn said: the latest arrest was "outrageous and arbitrary."

"I will not be broken. I am innocent of the groundless charges and accusations against me."

Fourth arrest: Ghosn was first arrested in November for allegedly under-reporting his compensation while he was Nissan's chairman. He was then served two other arrest warrants, which allowed Japanese prosecutors to prolong his detention without trial. Last month, a court granted him conditional bail, which prevents him from fleeing the country and destroying evidence.

Financial misconduct charges: The 65-year-old has been accused of under-reporting his income by 5 billion yen (€40 million, $44 million) from 2010-2015. He is also suspected of making Nissan cover personal financial losses since 2008. Ghosn denies any wrongdoing and has accused Nissan's board of orchestrating a coup against him.

Who is Carlos Ghosn? He is a former auto tycoon credited with rescuing Nissan from bankruptcy. He is also the mastermind behind the Renault-Nissan-Mitsubishi alliance, a strategic automotive partnership, and chaired all three companies until recently. The boards of Nissan and Mitsubishi dismissed him after his arrest, and he resigned as Renault's chairman in January.