Ex-Guantanamo detainee hails French court summons of US general | Europe | News and current affairs from around the continent | DW | 01.03.2016

A French court has ordered a former chief of the Guantanamo prison camp to reply to allegations of illegal detention and torture. The summons alone is a victory for one ex-inmate. Elizabeth Bryant reports from Paris. 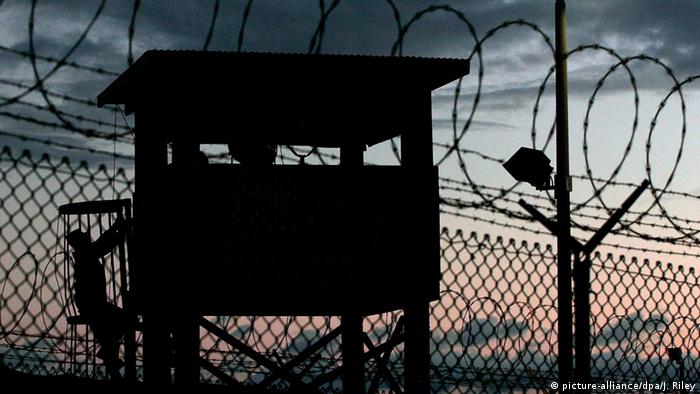 In his book, "Journey to Hell," Frenchman Mourad Benchellali recounts the torture and insults he faced during his two-year detention at the US military prison at Guantanamo Bay. His first meeting with the man presiding over the newly opened Camp X-Ray came in early 2002, shortly after his arrival.

"I saw his eyes - hard, scornful - appraising me," Benchellali writes of the general, who visited the camp's first detainees and promised their Islamic religion would be respected. While a few changes did indeed occur following the visit, Benchellali writes, the general's promised improvements at the camp "quickly lost credibility."

More than a decade later, a Paris appeals court has ordered the ex-Guantanamo prison chief to appear as an "assisted witness" on Tuesday, over allegations of illegal detention and torture involving Benchellali and another ex-detainee, Nizar Sassi.

"I want him to explain why he gave orders to torture us and how he can justify them," Benchellali says of retired US General Geoffrey Miller, who commanded the Guantanamo Bay camp between 2002 and 2004. 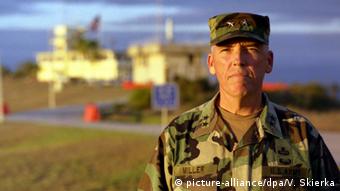 Miller is unlikely to appear before the Paris court

Both Benchellali and his lawyer, William Bourdon, believe it's unlikely the former chief will actually show up in court, much less ever stand trial in France. But they hail the summons as a first victory.

"We think he should have been charged, but it's a step at least to have him as assisted witness," says Bourdon, describing a French legal term that carries more weight than a simple witness but does not imply formal charges.

For Benchellali, the summons marks a key step on a personal mission to clear his name after two-and-a-half years at Guantanamo as an alleged "enemy combatant." In 2004, he was transferred to France, where he spent two more years in prison before his release in 2006. A year later, a French appeals court overturned terrorist conspiracy convictions against Benchellali and four other former Guantanamo inmates.

"It's not just symbolic," he says of Tuesday's summons. "We may be able to enlarge the area of responsibility and summon other people. We hope the judges will be able to continue their investigations."

The hearing will come a week after President Barack Obama urged lawmakers to approve a White House plan to close the military prison, a promise he made as a candidate in 2008. 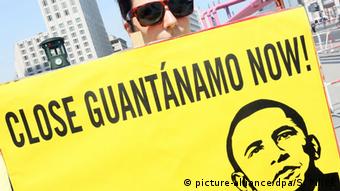 Obama had said he would close Guantanamo during his election campaign

"He's making all the arguments that we've been making for a long time," Benchellali says of the US leader.

After leaving prison, Benchellali wrote "A Journey to Hell," tracing his journey from a gritty suburb of Lyon to Afghanistan, where his brother had promised him and Nizar Sassi a "holiday." Instead, the two found themselves in an al-Qaeda training camp.

The book describes how the two eventually escaped the camp, crossing into neighboring Pakistan. It was late 2001, and the US was still reeling from the September 11 attacks. The pair were quickly captured and turned over to American forces, who transferred them to Guantanamo.

"I cannot describe in just a few lines the suffering and the torture; but the worst aspect of being at the camp was the despair, the feeling that whatever you say, it will never make a difference," Benchellali wrote in a 2006 op-ed for The New York Times.

Both Benchellali and Sassi have been demanding for years that French courts launch legal proceedings against Miller. Last April, the Paris Court of Appeal demanded the general appear for questioning.

In the US, Miller has also been summoned for questioning over prisoner abuse in Guantanamo, as well as the abuse of detainees at Abu Ghraib in Iraq, where he helped to set up the prison's interrogation policy.

The US Defense Department would not comment on the French court summons, according to reports.

Today, Benchellali crisscrosses France and Europe to tell his story and warn youngsters against radicalization. With hundreds of Europeans believed to be fighting in Iraq and Syria, he is much in demand - although, he says, some French schools are still reluctant to invite him to speak. 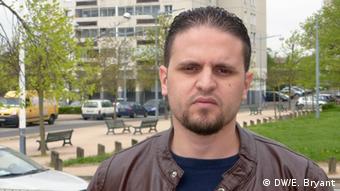 In November, he was blocked from entering Canada where he says he had been invited to participate in several events. After detaining him for two days, Toronto border authorities sent him back to France.

But Benchellali is undeterred. He toured Brittany over the weekend with Amnesty International and will speak this week to youngsters in Belgium.

He will be tracking the Paris proceedings closely. "It's very courageous on the part of the court and my lawyers to keep this going," he says.

Eight years after vowing to close Guantanamo, US President Barack Obama has launched a final push to shut the facility. But critics say the plan would transfer indefinite detention to US soil. Spencer Kimball reports. (23.02.2016)

In France, a cautionary tale against jihad

From an al Qaeda training camp to a Guantanamo jail cell, Mourad Benchellali is using his first-hand experiences to explain to young people there are other options besides jihad. Elizabeth Bryant reports from Venissieux. (11.05.2015)