A Bucharest court has convicted former communist prison commander Alexandru Visinescu for crimes against humanity, and direct involvement in 12 inmate deaths. The 89-year-old has shown no sign of remorse during the case. 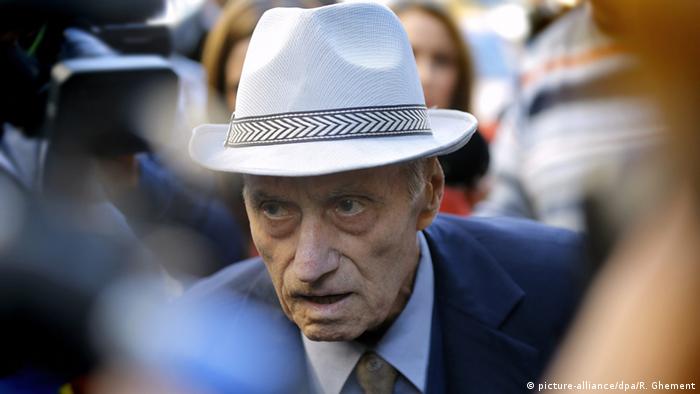 Visinescu was a commander of Ramnicu Sarat facility from 1956 to 1963, running one of Romania's most notorious prisons for political detainees.

He was convicted to 20 years by a Bucharest court on Friday, marking the first such ruling for a communist-era prison leader since the collapse of Ceausescu's regime in 1989.

"This is a moral victory for us," said civilian plaintiff in the case Anca Cernea, whose father and grandfather were political prisoners at Ramnicu Sarat.

Prosecutors accused Visinescu of running an "extermination regime" in the prison, east of Bucharest, which was infamous for keeping all prisoners in solitary confinement.

"[Visinescu] committed crimes and however long has passed since then, he should still be punished," Cernea said.

According to his court-appointed lawyer, Valentina Bornea, Visinescu is "very likely" to appeal Friday's verdict.

During the trial, prosecution presented evidence of Visinescu's direct involvement in the deaths of 12 inmates. He was also accused of subjecting prisoners to beatings and starvation, and denying them medical treatment and heating.

Visinescu's has repeatedly said he only followed orders from his superiors and upheld the law. He has voiced no regrets or apologies.

Local media reported that the 89-year old has been living in central Bucharest and receiving military pension.

"This is the most important decision ever taken by Romania's justice system regarding accountability for the communist era," said Andrei Muraru, who initiated the case in 2013 when he was head of the Institute for Investigation of Communist Crimes (IICCMER).

"This confirms a transformation in the justice system," he told AP news agency.

IICCMER claims it has a list of 35 prison officials aged 81 to 99 who committed crimes during the Cold War era. Several other prison commanders are also being investigated.

In a separate case, former labor camp commander Ioan Ficior is on trial for allegedly causing the deaths of 103 inmates between 1958 and 1963.